Calls grow for a new deal for Amazon workers in Swansea 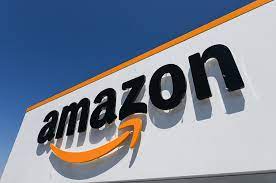 ACTION on Amazon campaigners will be at Mumbles pier & Swansea Castle in Swansea to spread the word that Amazon workers can blow the whistle on poor treatment, as calls grow for a new deal for the workers that have made Amazon a multibillion pound company.

The union has begun a digital Facebook advertising campaign to ensure  Amazon workers know that they can confidentially raise issues of concern free from reprisals by calling 08000 141 461 or visiting the https://actiononamazon.org/hotline/.

Amazon has a fulfilment centre near Swansea in Skewen. It is part of a huge network of warehouse space across the country. Amazon occupies an astonishing third of all warehouse space in the UK.  Workers toil around the clock to get the essentials delivered to homes during the current health crisis. Amazon’s total net sales attributable to the UK increased from $14.5 billion in 2018 to $26.5 billion in 2020 – that’s an increase of 82 per cent. But Amazon strongly resists attempts by workers to gain a collective voice of their own.

Unite executive officer Sharon Graham said: “Calls are growing for a new deal for Amazon workers. Action on Amazon campaigners will be at  Mumbles Pier and Swansea Castle  to spread the word that Amazon workers in Swansea can contact us confidentially by calling Unite’s hotline.

“This corporate giant has made billions off the backs of workers. Amazon resists any attempts by workers to gain a collective voice of their own. It is now time that workers have a voice.”

Kindness in the workplace