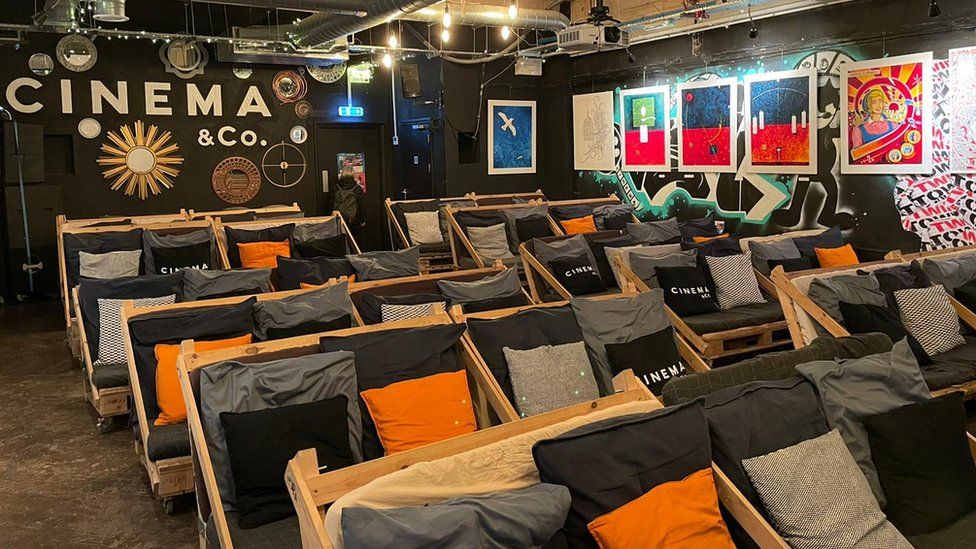 A CINEMA manager has refused to obey the Covid pass law, claiming the law is “nonsensical” and “unnecessary”.

Since Monday, people in Wales are required to show a Covid pass to legally enter theatres, and cinemas.

However, Cinema & Co, in Swansea, will not be enforcing these rules.

Anna Redfern, who manages the 56-seat cinema, claims the pass is an “infringement of our human rights”.

The Welsh Government says that this new law is to “keep us all safe”, adding that it was up to local authorities to implement the scheme.

The Covid pass scheme has been in place since 11 October, for nightclubs and large-scale events.

Anyone who wishes to attend any of these locations must show their pass to prove they are either fully vaccinated, or have had a negative lateral flow test within the past 48 hours.

Anna also said: “I know a lot of businesses who are complying with this out of fear, I’m hoping by making a stand in this way it will give others courage to follow suit.”

Ms Redfern, who used to be a children’s rights worker, said she was “very aware of our rights” and wanted “everyone to be welcome” at the cinema.

On Facebook, she noted the Universal Declaration of Human Rights which states “all humans are born free and equal in dignity and rights”.

She claims the Welsh government had “discriminated against those exercising their right to bodily autonomy”.

“Covid passes do not give freedom, they take it away.”

Anna added that it took a lot of courage for her to put the post on social media.

“I haven’t been on social media since making the post but the amount of private messages I’ve had offering support and admiration for my courage. It’s been really overwhelming.”

She said the messages were from business owners and followers of the cinema.

“We should make these decisions for ourselves and not the government. They shouldn’t be gatekeepers of culture.”

Concerns have been raised about the “fairness” of extending the law to other independent cinemas, which are often smaller.

The Welsh government has said: “The use of the NHS covid pass for cinemas, theatres and concert halls is required by law in Wales – it is not optional for these venues.

“Cases of coronavirus in Wales remain very high. The NHS covid pass is another way we’re strengthening the measures we have in place to keep us all safe.”

Wales delivers a first for technology-enabled care through Covid response

Have your say on improving our water environment