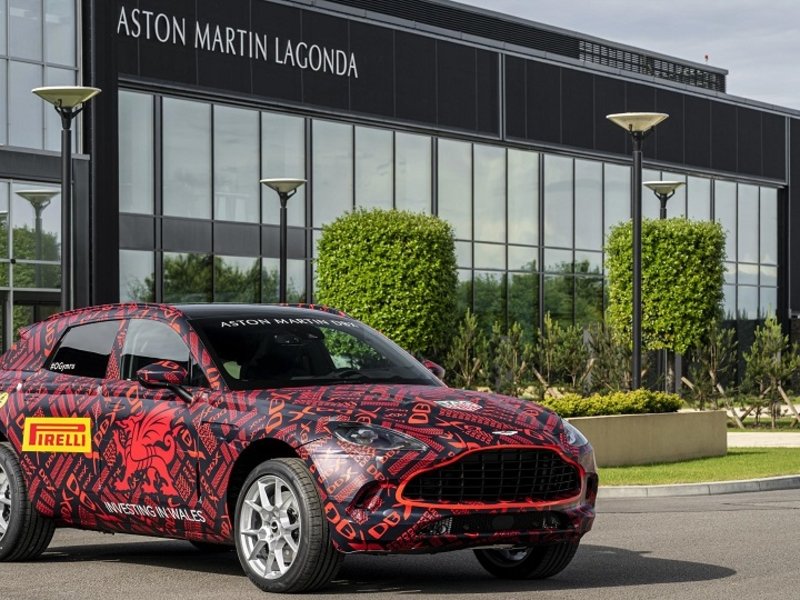 TWO hundred workers are being made redundant at the Aston Martin car plant in the Vale of Glamorgan, according to the union Unite.

The St Athan plant opened in 2018, near Cardiff Airport, with plans to employ 300 by 2019 and 700 by spring 2020 – but management is now also saying it wants to “release contractors” in addition to staff cuts.

Unite said the car maker was seeking 95 job losses among its staff, with 100-plus jobs at an on-site agency that supplies workers also set to go.

Aston Martin confirmed to Herald.Wales it had issued redundancy letters.

Responding to the announcement Welsh Conservative Shadow Minister for Economy, Russell George MS, said: “This is a terrible blow for workers at the Aston Martin site in the Vale of Glamorgan.

“This economic project was heavily championed by Labour ministers with nearly £20 million of taxpayers’ cash invested and the promise of creating hundreds of new jobs in the region. But it’s failed to deliver.
“Labour ministers must be clear on what’s gone wrong, what demands have been made to Aston Martin on the creation of new jobs in south Wales, and what action has been taken to safeguard Welsh taxpayers’ money.”

Plaid Cymru Leader, Adam Price MS said told Herald.Wales: “This is dreadful news for the workers at the St Athan plant, and my thoughts are with them. They will be needing support in the coming weeks and months, particularly as we’re still in a pandemic.

“It’s nothing short of a scandal that millions of pounds of taxpayers money has been thrown at Aston Martin by the Labour Welsh Government and the plant in St Athan only for it to be thrown back in their faces by cutting almost 200 jobs.

“The Welsh Government have some serious questions to answer around what happened here, its dealings with Aston Martin, and whether this was an appropriate use of public funds.
“We need to see some transparency here; the Welsh public have right to know the details of the Welsh Government’s deal with Aston Martin, and implications for public spending if they decide to leave the St Athan plant.

“We have known for some time the financial troubles facing Aston Martin – the Minister has serious questions to answer as to whether or not Welsh Government were aware of potential job losses.

“A Plaid Cymru Government will invest in the people and businesses of Wales, and won’t allow companies that don’t hold Welsh workers in regard to waste tax payers’ money.”
An Aston Martin spokeswoman said: “Aston Martin moves into a new era, with new investment and a new business plan to position the company for success, and to operate as a self-sustaining business in the near future.

“In order to secure the future of its Gaydon and St Athan manufacturing facilities, Aston Martin continues to execute on actions to improve the cost efficiency of the business, in alignment with its transformation plan.

“Project Horizon has been launched to revitalise its products and deliver a level of operational excellence, agility and efficiency throughout every aspect of the organisation.”

Real Living Wage for care workers in Wales must be funded