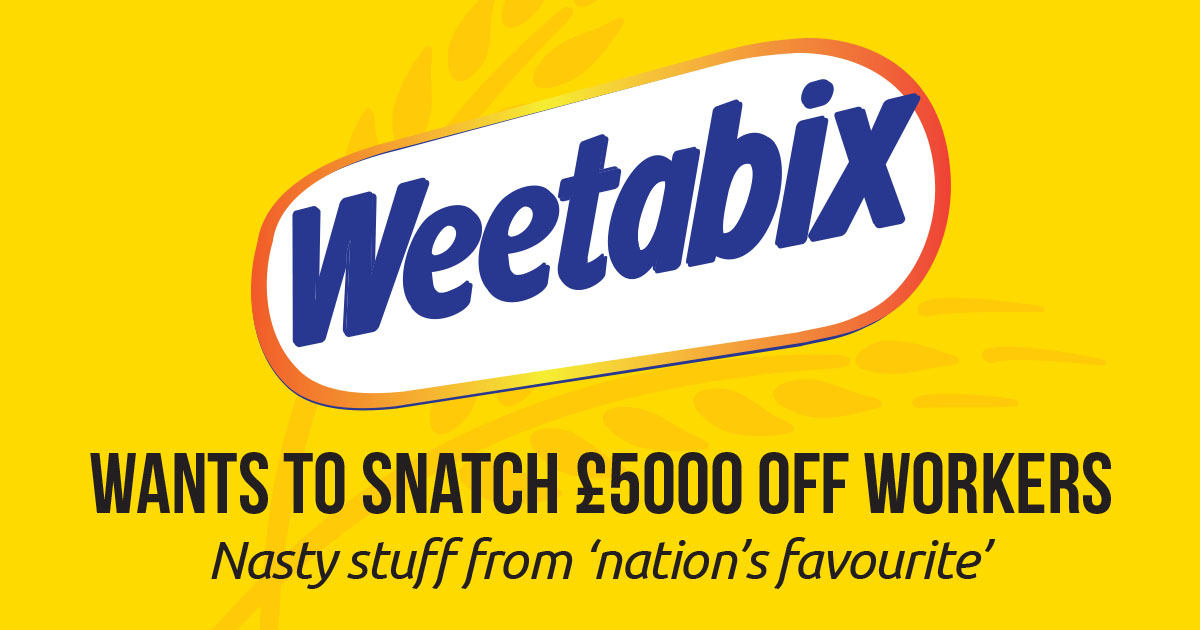 PROTESTS against Weetabix’s plans to launch ‘fire and rehire’ attacks on its factory engineers will be held at supermarkets across the UK from Monday, October 25.

The UK’s leading union, Unite, whose members at the company’s Kettering and Corby factories are striking over the plans, said supermarket shoppers should be aware of just how tarnished Weetabix’s reputation has become.

Unite general secretary Sharon Graham said: “Weetabix’s disgraceful fire and rehire attacks leave a nasty taste in the mouth. Shoppers will want to know that Weetabix has tainted its good name by attacking our members’ living standards while raking in massive profits.”

Around 80 workers, based at the company’s factories in Kettering and Corby, face changes to their shift and working patterns that would result in some engineers losing as much as £5,000 from their yearly earnings.

Weetabix has performed very strongly since the beginning of the pandemic. In 2020, its turnover grew by 5 per cent to £325 million and profits leapt by almost 20 per cent to £82 million.

Unite general secretary Sharon Graham said: “Weetabix believes it can steamroll a loyal and hardworking staff into accepting worse wages, pensions and conditions by threatening them with the sack. Weetabix’s management must be learning this kind of ‘take it or leave it’ industrial relations from their American owners. Unite won’t accept that.”