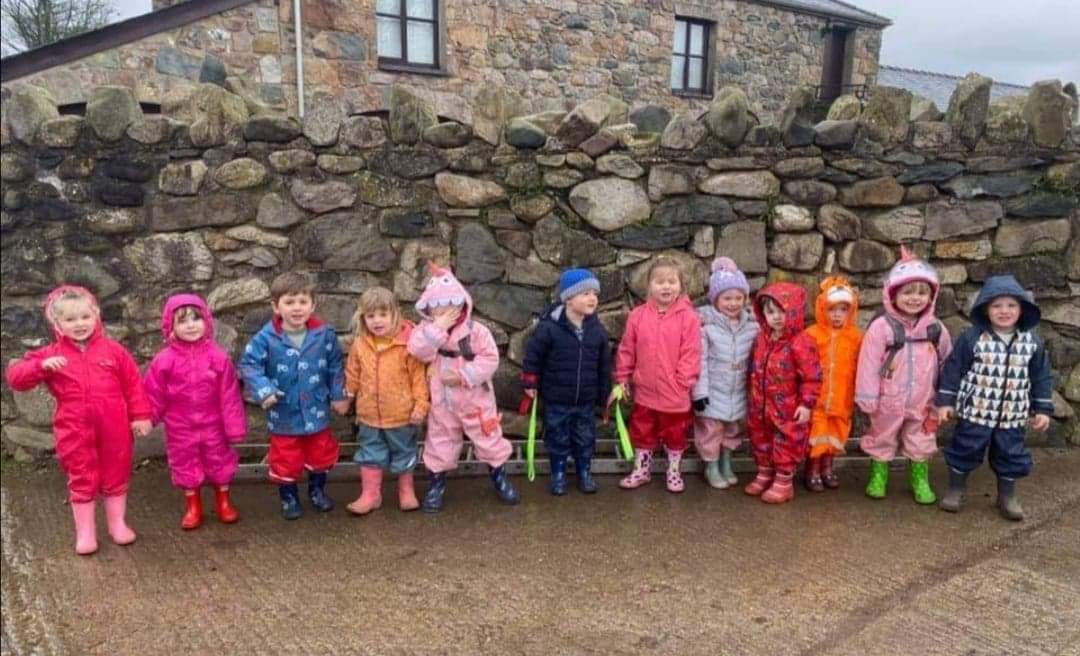 Children from Plant Parciau Nursery, in Caernarfon who took part in My20.

OVER 300 fundraisers throughout Wales have raised more than £25,000 by taking part in the Wales Air Ambulance’s special 20th birthday challenge.

In March the charity launched the My20 to acknowledge the Wales Air Ambulance’s milestone 20th anniversary.

Participants were given the opportunity to set themselves a challenge, task or activity which related to the number 20, to complete during the month of March.

Babies and children from Plant Parciau Nursery, in Caernarfon raised an amazing £3,160 by taking part in the Charity’s My20 challenge.

The 90 little ones, who are aged between six months and three and a half, took on a variety of different activities and tasks as part of their fundraiser. These included throwing and placing 20 balls each day into a bucket, drawing competition, finding 20 easter eggs hidden around the farm and they also did various educational indoor exercises throughout the month. The eldest group of children also walked a mile a day for 20 days.

Taking part in My20 was the idea of the nursery staff Sheila Jones and Natalie Evans, who have previously helped the nursery raise over £7,000 during the last three years for the Wales Air Ambulance.

Sheila Jones is delighted that the children’s efforts during the month have been recognised, she said: “The staff are very thankful and very proud that the children have raised over £3,000 for the lifesaving charity. We are astounded by the continued support from the children and parents during our My20 fundraiser.”

The #My20 Challenge was launched just three months after the Charity achieved its aim of operating a 24/7 service. Wales now has access to the services’ Emergency Department- standard critical care around the clock and to keep the helicopters in the air, the Charity needs to raise £8 million every year.

Mark Stevens, Wales Air Ambulance’s fundraising manager, said: “Congratulations to everyone who took part in My20. The special fundraiser was set up to mark our 20th anniversary and the public supported us by raising an amazing £25,539.

“The fundraiser allowed people of all ages to get creative and enjoy an activity, challenge or task that they picked themselves. This time the fundraisers were in control of their own event, which has proved to be a huge success. It was lovely to see children, as well as grandparents, getting creative to raise much-needed funds for our lifesaving charity. Thank you to everyone who took part or donated to the My20 fundraiser.”

Everyone who took part in the challenge received a My20 certificate.

Fundraising concert and auction in aid of Wales Air Ambulance

Lifesaving charity thanks the public for their support during 2021