Home > Top News > People seeking asylum at risk of exploitation in the UK, including in Wales, says new report
Charity

People seeking asylum at risk of exploitation in the UK, including in Wales, says new report 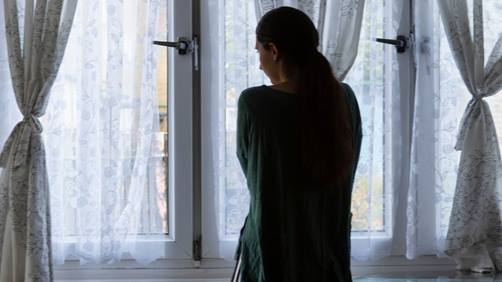 CRITICAL gaps in the UK asylum system mean that people seeking safety – including those fleeing modern slavery – may be at risk of potential exploitation, according to a new report by the British Red Cross and the United Nations High Commissioner for Refugees (UNHCR).

The research found that inadequate support across the UK – including in Wales – is exposing people in need of protection to potential harm.

It cites examples of vulnerable asylum-seekers forced into modern slavery, including domestic servitude, sexual and labour exploitation and forced criminality.

Straightforward changes to the asylum process would reduce these risks of exploitation by putting safety at the heart of the asylum system.

The joint report ‘At risk: Exploitation and the UK asylum system’ includes powerful testimonies from those who have experienced exploitation directly, and those working to support them.

A woman who had been recognised as victim of modern slavery in domestic servitude spoke of having to wait four years for an asylum decision.

Unable to work legally during this time to support herself and her family, she had no other choice but to take up domestic work where she was again exploited. She lives in fear of being imprisoned but feels she has no alternative.

Other participants in the research gave accounts of victims of modern slavery being placed into hostel-type accommodation in inappropriate locations, including in areas close to where they had been trafficked.

The report identified key weaknesses in the current system that can expose people to greater risk. These include an over-reliance on people having to self-identify as victims of exploitation and too much focus on immigration enforcement rather than safety and protection, meaning people often feel unable to disclose their experiences.

In Wales, professionals who work with people seeking asylum and took part in the research cited numerous examples where victims were not adequately supported.

One focus group participant in Wales described supporting a group of Albanian women who had been severely abused before entering the UK, and after arrival were approached by someone from their community offering to provide housing and support.

They accepted, but it quickly became clear that the offer of help was false, and they were forced into modern slavery.

“That [time of arrival] is the time when they don’t… have lots of community networks, they don’t know anything, they are extremely vulnerable to everything… They’re just homeless at the beginning so they face lots of challenges.” said the focus group participant.

The report’s recommendations call for safety to be placed at the heart of the asylum system and suggest practical changes to help reduce the risk of exploitation.

Zoë Abrams, executive director at the British Red Cross said:  “We have listened to the powerful stories and testimonies of those who understand our asylum system best – people with first-hand experience of living in it and working with it. They have told us that our current system is failing to protect vulnerable people and is unintentionally putting them at risk of exploitation.

“It doesn’t matter who you are, where you have come from, or how you got here; people seeking asylum in the UK must be kept safe. In the debate about managing migration we must focus not only on enforcement but also on humanity.

“The UK has a proud history of helping people fleeing war and persecution – we are privileged as a country to be able to provide safety to those in crisis. By putting safety at the heart of our asylum system we can ensure people can live in dignity with the support they need whilst they wait for their case to be decided.”

Vicky Tennant, UNHCR Representative to the United Kingdom said:  “Asylum-seekers and survivors of trafficking often face heightened risks of exploitation due to their precarious circumstances. This report proposes a number of practical and cost-effective changes that would strengthen the UK’s system and ensure people are protected and do not fall through the cracks.”