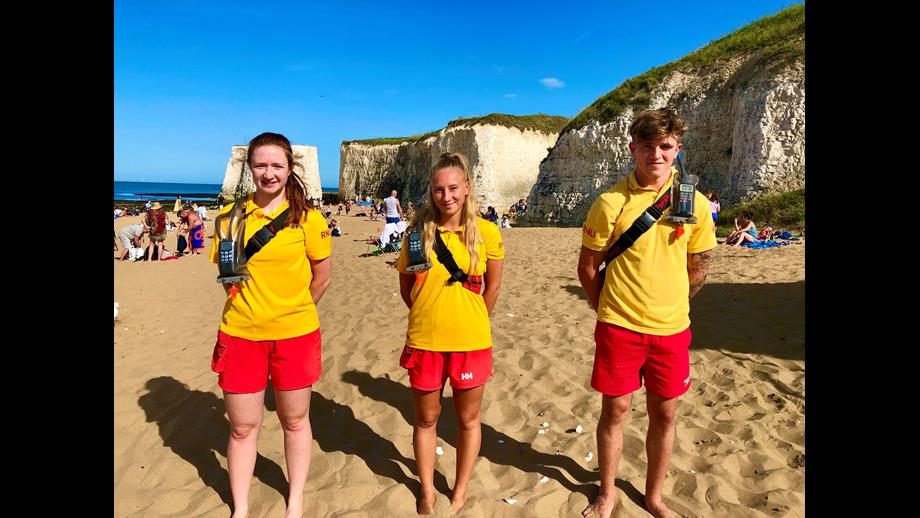 THE RNLI and Her Majesty’s (HM) Coastguard are calling for families in Wales to take care at the coast as the first week of the six-week break begins. New figures released show that RNLI lifeguards in Ceredigion, Pembrokeshire, Swansea, Vale of Glamorgan, Bridgend and Denbighshire aided 888 children and 715 teenagers last year. They saved the lives of 12 children and teenagers between June – September.

Most of those offered help on the RNLI’s lifeguarded beaches in Wales were simply out enjoying a walk and not expecting to even get their feet wet.

A total of 270 teenagers (aged 12-18) were assisted whilst out enjoying a stroll as well as 207 children (aged 1-12). This figure is amongst the highest in the UK and Ireland, showing Wales is a hot spot for people becoming cut off by the tide and requiring help from the RNLI. Those rescued whilst walking is significantly higher than all other activities including paddling where 78 children and 84 teens were rescued, with 62 children and 31 teens assisted by lifeguards whilst playing on the coast.

Last year, those under the age of 18 requiring the RNLI’s assistance whilst swimming amounted to a total of 78 incidents. Bodyboarding is evidently a popular activity on the Welsh coast, with 64 incidents involving children last summer and teens involved in 25 incidents. RNLI lifeguards saved the lives of four bodyboarders under the ages of 12.

Now, with the fine weather predicted this weekend and the school holidays approaching, the charity and HM) Coastguard are calling for families to take care at the coast.

‘We see a big increase in the number of incidents in the sea involving children and teenagers during the school summer holidays and we would urge everyone – but families in particular – to be aware of the risks and know what to do in an emergency.

‘Our main advice is to visit a lifeguarded beach and swim between the red and yellow flags. RNLI lifeguards will be patrolling around 245 beaches this summer to offer advice on how to stay safe and they are also there to help anyone who gets into trouble.

‘Children should be supervised at all times and people of all ages should avoid swimming alone.

‘We want people to enjoy the coast but urge everyone to respect the water, think about their own safety and know what to do in an emergency.’

The key summer safety advice is:

•           If you get into trouble Float to Live – lie on your back and relax, resisting the urge to thrash about

The RNLI and HM Coastguard have launched a new children’s tv advert to help reinforce the beach safety message.

Updates to opening times for walk-ins at mass vaccination centres