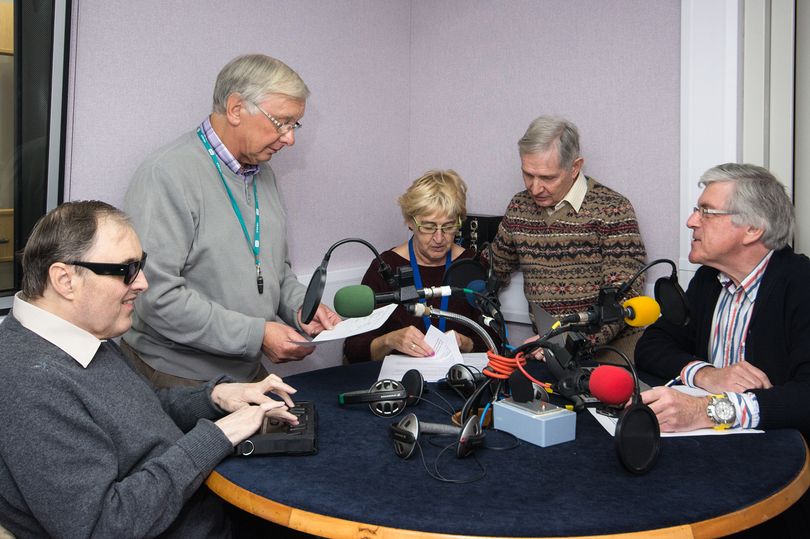 A LEADING South Wales communications charity for the blind based in Cardiff is closing as it celebrates 50 years of serving blind & partially sighted people throughout South Wales. The South Wales Talking Magazine Association was established in June 1971 to provide recorded local material to blind & partially sighted people, aimed at keeping them more in touch with the local scene through regular talking newspapers and magazines. It was one of the first organisations of its kind in the UK.

The founder of the charity, the late Jack Treeby of Whitchurch, Cardiff, found that as someone losing his sight, blind people needed not only talking books but a need for local news. The Association was formed in Cardiff in the summer of 1971 as a registered voluntary charity after he called a public meeting at the Cardiff Institute for the Blind, (now known as Sight Life). A small team of volunteers came together, and the first monthly South Wales Talking Magazine was launched in the December 1971. This proved a great success with news, information and advice and was circulated on cassettes to hundreds of blind & partially sighted people throughout South Wales. Later, in 1975, the Association launched a weekly Cardiff Talking Newspaper based on local news taken courtesy of the South Wales Echo.

The idea of talking newspapers and magazines spread from efforts in Aberystwyth led by Ronald Sturt, who pioneered the first talking newspaper for the blind in the UK with the Ceredigion Talking Newspaper initiative in 1970, having seen this type of service operating successfully in Sweden.

The talking newspaper idea expanded throughout the UK leading to some 500 local groups being established through local initiatives. This growth was promoted by the setting up of a national talking newspaper organisation (TNAUK), also a registered charity, established in a meeting held at BBC Radio Bristol in 1974, with Ronald Sturt being elected as chairman and Jack Treeby elected vice-chairman.

Now, fifty years on, the communications scene and the way in which people get their news is very different. The number of people receiving the service has declined, the number of volunteers interested in sound recording is fewer. Succession planning to find the new leaders in this field has become more challenging. People are still interested in volunteering for community initiatives but not so interested in being responsible for the multiplicity of responsibilities that now go with being a trustee.

Chairman of the Association, Tony Charles said, “We are pleased to be celebrating five decades of serving blind & partially sighted people. Now, we are in a very different communications environment to when the talking newspaper movement started in the early 1970s. Today, we have far more audio sources of news, together with social media.

Due to the pandemic, we have been unable to access our studio in central Cardiff in the Sight Life (formerly known as Cardiff Institute for the Blind) building since March 2020 and have had to stop production. Covid is not the reason for our closure. The pandemic gave us the first chance in 50 years to take stock of things. We have been producing our monthly South Wales Talking Magazine online during the pandemic but with few listeners.

We concluded that as we celebrate 50 years of service as a charity it was time to undertake an orderly closure during this year, rather than the collapse we have seen with some other charities as a result of changing conditions.”

Several celebratory initiatives have been planned by the Association for later this year. Unfortunately, a celebratory reception in the Senedd had to be cancelled due to the pandemic but the main event will be a 50th anniversary dinner in Cardiff for all present and past volunteers of the Association. There will also be a special audio compilation of highlights from the past 50 years and a booklet containing the story of the Association as told by the media through hundreds of press cuttings. The Association’s historical material will be held with the Glamorgan Archive as well as in the audio library of the National Library of Wales, Aberystwyth.

Vice-chairman Peter Jones added, “It’s a sad occasion of course but we give thanks that we have been able to carry out this service over such a long period. The Association has had a longer life-cycle than any of the founder members would ever have expected, and we are delighted with the continuous service we have been able to give to our listeners.”

William named Apprentice of the Year after saving employer £20,000

The Green Gathering confirmed as postponed until next year

Schoolboy ran 25 miles in a month for charity

New Archbishop of Wales is a supporter of Talyllyn Railway