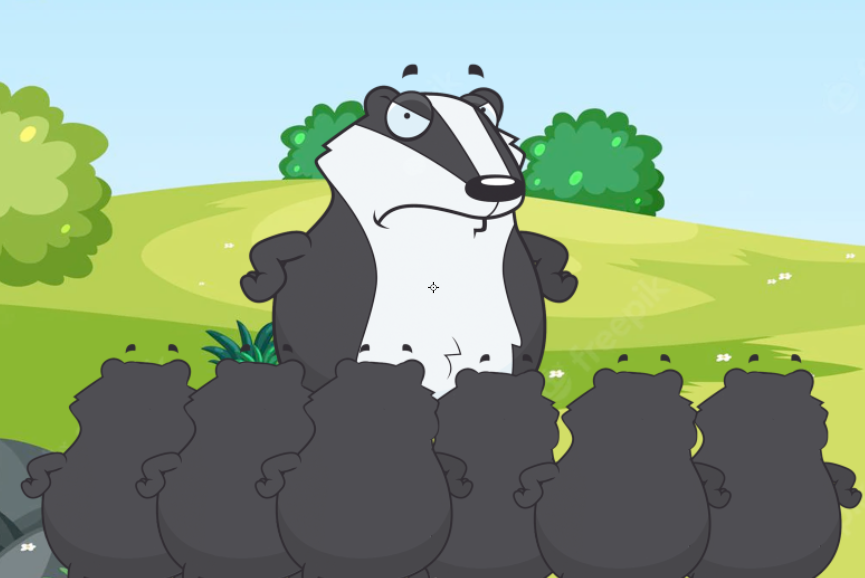 BADGER is willing to bet that many readers don’t know about the Well-being of Future Generations Act.

The Act permeates every aspect of policymaking at national and local levels. Everything the Welsh Government does, every piece of funding it releases to its favoured third-sector flunkeys, and all the decisions local authorities make must consider the nebulously defined “well-being” of future generations.

Whether a council wants to build a new transport interchange, repurpose an empty building, or tarmac a road, it must consider how the development will affect future generations. It’s nonsense, of course. All most public authorities do is carry out a tick box exercise and say that when it’s decided to do something, it’s considered future generations’ well-being.

The Act’s aims are laudable: it wants public bodies to “think more about the long-term, work better with people and communities and each other, look to prevent problems and take a more joined-up approach.”

To chivvy along public bodies, there’s even a Future Generations Commissioner. Badger thinks they exist to halt meaningful infrastructure improvements. After all, in the future, we’ll all have superfast broadband, bio-fuelled jet packs, and access to solar-powered airships.

However, whether one regards the Act as gesture politics or a meaningful attempt to embed long-term planning to prevent problems in the future, the Act exists.

It’s pretty toothless. There’s no penalty for demonstrably failing to meet statutory obligations under it. However, some have called for the Welsh Government to withhold funds from non-compliant public bodies. It is more likely that the Welsh Government will only fund other projects if Councils (for example) abide by the Act’s terms. It’s an imperfect and capricious system, but it is what Wales has.

Among the Act’s seven well-being goals is creating a healthier and more cohesive Wales. And, when Pembrokeshire County Council decides its budget, it must consider those aims and another five and demonstrate its decisions comply with the Act’s objectives.
Let’s look at the “healthier Wales” bit of the Act. It says decisions public authorities make must consider “A society in which people’s physical and mental well-being is maximised and in which choices and behaviours that benefit future health are understood.”

And now, readers, we get to the pinch.

There can be little better to ensure future generations are healthier than to ensure they have the maximum opportunity to be physically active. Physical literacy – coordination, jump, catch and throw – well-being’s basics are part of living a healthy future life. That’s the work Sport Pembrokeshire does in action.

As it’s a discretionary item of Council expenditure, it is low-hanging fruit for those looking to make cuts in public spending. Its funding is not ringfenced nor obligatory for the Council to provide. It’s a discretionary budget line.

There are great sports clubs in Pembrokeshire that reach out to their local communities, improve their facilities, and encourage participation. In one way or another, most, if not all of them, get help from Sport Pembrokeshire.

Those desiccated calculating machines, all self-promotion and selfish for attention, see no value in promoting cooperation and discipline towards a common or communal goal. They see no value in sports and don’t understand the values participation in them instils.
Badger supposes that – with increased age, greater relative wealth, and even special responsibility allowances – it’s easy for some councillors to forget what it was like being young. Badger wonders if some councillors were ever young. A few look like they were born middle-aged. Learning to be part of something greater than yourself is a vital life skill. Nevertheless, Badger doubts some councillors can conceive of anything greater than themselves.

Last week, Badger spoke about Music Education in Schools in much the same way he’s talking about sports this week. The young, who will be worst affected if sports and music funding are cut, didn’t have a say in this year’s local government elections. The youngest will be too young to have a vote long after those who want to pull opportunity’s ladder away from them have left the Council chamber.
To some councillors, it is better to ensure they and their elderly friends get services on the cheap than to ensure Pembrokeshire’s children have the chance of fulfilling and healthy lives. It reflects so much that’s wrong with local, national, and U.K. politics: those with the broadest shoulders bear the least burden, and those least able have no choice but to carry the weight.

Badger hopes you care about your children’s – or any child’s – future. Goodness knows, some councillors don’t, either out of political posturing or contrarianism for its own sake.

For Pembrokeshire’s budget, parents, sports clubs, music teachers, and music students of all ages can have a say in this year’s consultation. A big enough voice carries influence.

Even if you disagree with Badger, make your voice heard. If you take sides, you’ll sometimes be wrong. Never take a side, and you’ll always be wrong.