Home > Comment > Badger and the comedy of outrage
Badger 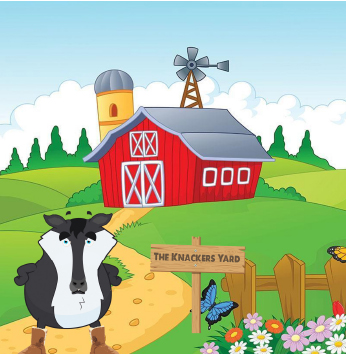 EVERYONE is so serious these days, readers.

People have faces like glum horses headed for the knacker’s yard everywhere Badger goes.
Their gloom’s cause may be Badger’s presence.

As sensible folk, we can agree that is highly unlikely.

Badger knows why some people moan so much.

It’s a total failure of perspective and humour.

You cannot make a joke these days without someone taking wild and disproportionate offence at its content.

Badger has in mind two recent Facebook posts by Pembrokeshire Cachu News (if you haven’t seen them on Facebook, seek them out).

The first mercilessly mocked middle-class hippies who give their children names like Galadriel.

Gosh, the middle-class hippies were upset.

Badger, familiar with the sort of entitled twerps the post sent up, laughed like a drain.
The second went after an even easier target.

There must be a Venn diagram where vegans overlap with a sense of humour, at least in an infinite universe.

But that is mere conjecture.

The second post celebrated a wholly fictitious Clunderwen YFC festival at which an effigy of a vegan was set on fire.

Badger doesn’t do the whole post justice with that summary. However, and even more hilarious than the post, were the outraged reactions of vegans to it.

Well, some vegans.
Comedy gold from people who – if any of them lived in Pembrokeshire (doubtful) – did not realise the importance of the word “Cachu” in the Facebook page’s title.

Badger would’ve laughed like a drain, but he’d done that already.

Short of a superlative, he laughed until he let out a little wee.

It was in Asda, so nobody noticed.

Some people’s nerves are so near the surface every waking hour must be agony.
Whoever runs the page must have the patience of a saint to go with their capacity for invention.

One offended person complained to the Facebook Police, and the article’s author was placed in Facebook jail.

As Badger says, there must be a vegan with a sense of humour somewhere in an infinite universe.

On recent evidence, the prospect is unlikely.

If priggish whataboutery and crass stupidity are your styles, please waste your time and hasten climate change by eating things that mimic the appearance and taste of meat to your heart’s content.

Don’t presume to preach at those who don’t share your misplaced sense of ethical superiority or desire to tell farmers they’re murderers and that milking a cow is akin to rape.
Get a grip.

Or, more likely, stop getting a grip on yourselves.

Badger incidentally notes that the new Doctor Who will be a black, gay, Scottish actor.
That is enough to outrage the sort of people who most of us would cross the street to avoid.
The real rib-tickler, of course, is that Ncuti Gatwa is a Rwandan refugee.

A refugee whose family fled from genocide and war in Rwanda.

Rwanda, the same country to which our beloved Home Secretary and compassion vacuum, Priti Patel, wants to send those fleeing genocide and war.

Badger does not care how good an actor Ncuti Gatwa is; he would, however, pay good money to be a fly on the wall in Priti’s padded cell when she finds out.

Ear defenders – which Badger understands are de rigeur among those working closely with the MP for Psychopathy Central – might be needed.

Nadine Dorries’s brain cell (Swansea Branch) already has the tar and feathers handy.
To make things clear for the extremely hard of thinking, Badger believes that people who expect a fictional alien being that can change bodies and personalities to be white, male, and speak with a middle-class RP accent is the sort of person who didn’t get the idea that Alf Garnett’s character took the mickey out of them.

The day the BBC will finally have gone mad is the one Doctor Who regenerates into a lager-swilling Football Lad incel spewing rage, hate, and ignorance.

Ahem.
As proof that the Almighty – whatever they might be if they exist – has a sense of humour, they gave us one.

If you can’t take a good look at yourself (metaphorically speaking), remember some of the downright ridiculous and stupid things you’ve said and done and laugh about them; you’re either not looking hard enough or are so up yourself you can see daylight past your front teeth.

Most of life plays out more like a comedy than tragedy, even if the humour is – at times – particularly black and bleak.

Badger’s granddad couldn’t stand his brother-in-law, whom he regarded (not unreasonably) as a feckless drunk. When Badger’s granddad died, we held the funeral at the local chapel.
Across the road was a pub.

No sooner had the coffin left the chapel and been placed in the hearse to take it to the cemetery than granddad’s brother-in-law legged it at Usain Bolt-like speed to drown his sorrows.

Badger’s granddad, who had a particularly “interesting” sense of humour – Monty Python, Rising Damp, Ripping Yarns, speedway – would’ve chuckled at that one.

Badger, who was deeply upset at his granddad’s passing, is smiling as he recounts that long-ago incident.

A sad day was uplifted by a moment that would not have been out of place in one of the sitcoms granddad laughed at on his small black and white TV until the tears rolled down his face.

Readers: that’s proof that even solemn occasions have the potential for comedy.
Stop being po-faced and downcast.

It’s not that things can only get better; it’s their potential to worsen from which real comedy springs.

Mordant satire and mockery are what we’re good at, provided they’re accompanied by self-awareness of our failings as human beings.

The best comedy comes from outrage, frustration, and the mundane. All it takes is a little twist to make it funny.

Be sad when you must be, but accept life’s capacity for the silly within the pain and roll with it.

Keep on whining, and you’ll end up eating bacon-flavoured vegan treats so highly processed they leave a carbon footprint the size of a major airline in every bite.
Save the planet, readers: laugh.

Off to Wembley! S4C to show Wrexham in FA Trophy final