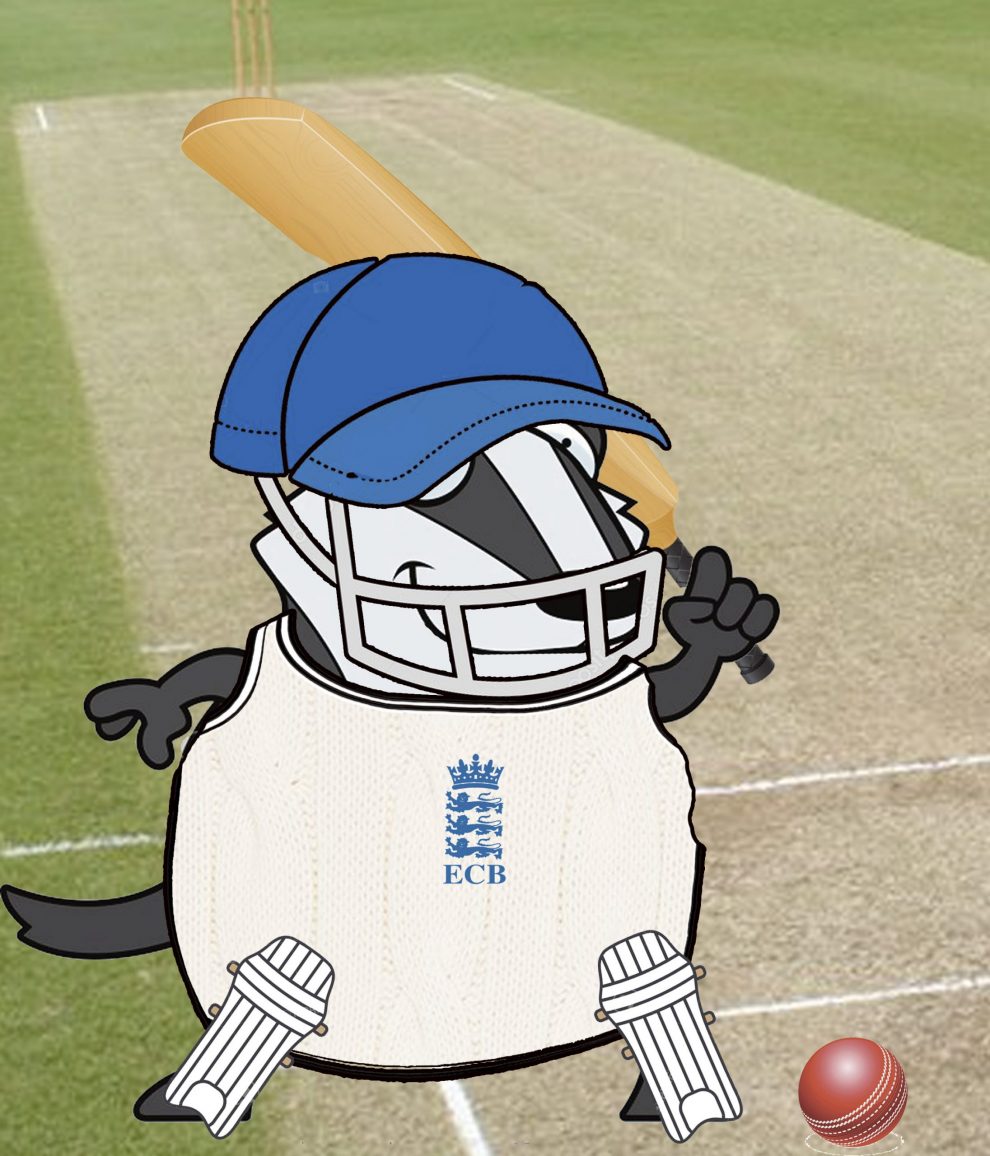 THE WHACK of willow striking leather as fifteen men stand on a field shivering in a biting wind.

It’s a chance to rekindle old friendships, old rivalries – some friendly and some less so. Most importantly, it’s the chance to get outdoors and engage in some not so strenuous physical activity.

In Pembrokeshire, at least in the lower divisions, cricket is a social game. Skill, guile, and technique come into it but they aren’t the be-all and end-all.

And where else would portly gentlemen of a certain age have the opportunity to compete on more or less equal terms with willowy thin youths full of enthusiasm but empty of common sense?

As a couple of Badger’s friends observed to him last weekend, when you get to the age when you know what you should do, the physical capacity to do it is gone.

The sound of twanging ligaments, the creak of bones, and the yelp caused by over-exerting old bodies are as much the sound of a Pembrokeshire summer as the thump of three pounds of wood striking five and a half ounces of a hard cricket ball.

Age definitely wearies you and the years condemn. The spirit remains willing, but the joints are unbending.

In a sense, cricket is a game in which memory plays a part as much as talent.

On Saturday, while out for a stroll, Badger was undoubtedly surprised to see how one player had not so much changed as evolved.

Badger remembered him as a pudgy poppet playing with his dad’s bat on the outfield.

The years and extensive physical training had morphed him into something the approximate size and height of two barn doors with muscles in places Badger doesn’t even have places.

The most important thing about social cricket is the enjoyment of feeling even a watery sun on your skin and the pleasure of being outdoors in good company with – mostly – good people with whom you can enjoy the contest and have a natter.

It’s something that lockdown deprived us of, namely, the chance just to yak about everything and nothing. It also provides an opportunity to get other perspectives on events.

For example, the extent to which farmers are genuinely concerned about their futures.

The all-Wales NVZ, the heretical view that badgers are not an unalloyed good, concerns about future funding, the feeling that Cardiff Bay hasn’t the first clue about the difference between rural life as it is and how the Welsh Government wants it to be.

You wouldn’t describe their mood as mutinous. More frustrated and perplexed by the inability of the Welsh Government to understand the mechanics of living away from cities and the Valleys’ urban sprawl.

Scattered among those observations were earnest discussions about silage, plastic sheeting on the fields on either side of the A40 as it passes St Clears, maize crops, and the vile slur that badgers like nibbling corn on the cob.

Don’t they know we’re carnivores and like nothing more than endangering hedgehogs individually as a snack and collectively as a species?

Handy hint: chew a hedgehog, and you don’t need those little toothbrushes to clean between your fangs and molars.

Hedgehogs are good for you and for your dental hygiene.

Chelsea losing to Leicester City and how other local cricket clubs were doing also featured heavily with varying degrees of amusement.

Years ago, Badger played cricket with a particularly keen Liverpool supporter. Badger’s teammate thought that Kenny Dalglish avoided the ferry and crossed the Mersey on foot.

On the day of the FA Cup final, we were at Saundersfoot.

When our Liverpool fan took to the crease, Liverpool bossed the game and looked sure to stuff Wimbledon out of sight.

After his knock, he was applauded and cheered all the way back to the pavilion. Not for his 35 well-struck runs, no siree, Bob. But for Wimbledon grabbing the lead and John Aldridge missing a penalty.

Like all football fans, he took his side’s defeat well.

Badger thinks he remembers his one-time fellow cricketer chewing through his cricket bat in frustration.

Forever after, the word ‘wombles’ provoked a pained response in our local member of Kenny’s Red Army.

Now, youths watching the game eagerly swapped news about scores in the Bundesliga and Spain and, using something called ‘an app’, could find out what was happening on other cricket grounds around Pembrokeshire.

You’d have needed a semaphore when Badger first played.

And there was no such thing as foreign football.

Nothing reminds you how much times have changed as much as watching an umpire leave the field to put his smartphone in the car after in pinged during the game.

But there is something reassuringly unchanging about cricket. The rules may change, the faces may change, too many of the players Badger enjoyed playing with and against have died. But the sense of cricket is eternal.

It’s also funny to see how little people change over time. Badger had the pleasure of watching one of the finest players he played with and against make a comeback on Saturday.

He must be over sixty now, and, to be sure, his first few deliveries suggested he felt every one of his years. But then the familiar sweep of the arm found its groove, the immaculate line and length were found, the little howl and the hands-on the head as the batsman played and missed returned. It was all a bit slower and a bit more considered, but you could see the bowler who tormented batsmen in his pomp was still the same competitor.

It all gave Badger pause for thought.

We live in a world that is almost unrecognizable from the one which existed even twenty years ago.

Go back forty years, and the differences are almost incredible.

Go back further, and the changes are actually incredible.

Work and how we work has changed. There are fewer people but more houses. The streets are not littered with dog poo baked white in the sun. People live longer, if not necessarily happier. There are no longer jobs for life. Many rely on foodbanks, and too many children still miss out on a fulfilling education.

Badger’s mind flitted through those thoughts as he would turn the pages of a book.

Hint for younger readers: a book is what you used before Kindle.

But some things, some basic things, have not changed. And the power of an afternoon spent idling at the cricket to pick up your spirits and gather your thoughts is one of them.