Home » Badger: the budget is better with you 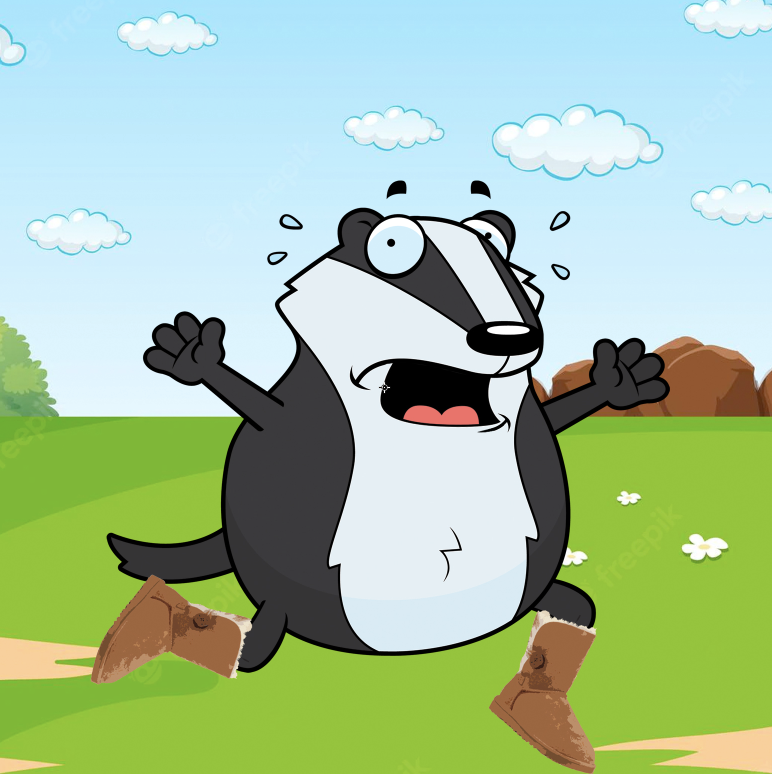 BADGER is all a-kerfuffle this week.
Laid low by another blasted cold, he’s peered longingly out of his sett, thinking of all the prey outside waiting for him to munch.
Whatever you say about home cooking, there are only so many hedgehog sausages and toad mince-based dishes one fat weasel can stomach. When it comes to nutrition, Badger likes his red in tooth and claw.

The same goes for his taste in local government. You can only get so much from webcasts and meeting papers. There’s nothing like being there and smelling the sweat of fear and farts of anxiety.

But needs must when the devil drives, and so Badger spent Monday in his bed of pain watching the Council’s Cabinet wrestle with the annual problem of setting a budget. Overcome by fever, he couldn’t help wondering how many dormice hibernate in Paul Miller’s beard and whether Neil Prior would start playing “As My Guitar Gently Weeps” part-way through Alec Cormack’s doom-laden forecast.
“Doom-laden” is a smidgeon unfair, but it’s hard to remain upbeat when a budget is so bleak.

It’s nothing to do with how the Council has gone about its work. It’s been boringly competent for far too long. However, a Pembrokeshire County Council budget has never been presented in such unpromising circumstances.

Baldly put, there ain’t any more cash to go around; inflation has eaten into whatever is or might be available; the Welsh Government has increased the Council’s obligations but cut their real-terms means to meet them, and the gap between past forecast and current and future outturns is less a chasm than it is an unbridgeable Grand Canyon.

If you’ve watched Indiana Jones and the Last Crusade, you’ll remember the bit where Indy has to take “the leap of faith” to find the Grail. He scatters sand and uncovers a carefully camouflaged crossing to the other side of a bottomless abyss.

On Monday, Indiana CormacK cast his sand before him, watched it tumble to the depths below, and looked around for a jetpack.
This is where Pembrokeshire is: peering over the edge and looking for a route to a miracle.

A decade of austerity and years beforehand of depressing the cost of services to the public means the chasm is almost £29m deep.
The Council issued a press release following Cabinet, pleading with the public to engage in the budget-setting process. Badger earnestly implores his readers to take part and urges them to urge their friends and friends of friends to do so.

This is really important shit.

It’s bad enough when electors don’t engage in the electoral process. No matter how wrong-headed or bonkers, given a chance to provide their views on something as important as the future of Pembrokeshire’s public services, there’s no excuse not to take part.
As Badger said: this really is important shit.

Faced with crippling economic realities beyond their control, councillors are desperately trying to find answers that don’t involve mass redundancies or hiking Council Tax to cover the difference between what the Council will get from the Welsh Government and what it needs to run essential services.

Councillors have already had a budget seminar. It was tough going for them. A budget seminar is never a festival, but it resembled a wake this year.

Inflation eroded the value of the money the Council got in its last Welsh Government settlement. That inflation runs way beyond the Consumer Price Index, continues to rise, and, when the Council’s fixed fuel price contract ends in March, will get a hell of a lot worse. Moreover, inflation is forecasted to remain high and public service workers, who’ve borne the brunt of wage cuts for over a dozen years, are now frustrated and ready to revolt.

You get to hear a lot about “perfect storms” in Badger’s line of work. They’re lazy shorthand for a combination of events contributing to a disaster. However, storms are predictable events. You can see them coming and prepare for them. Absent an inside man in the Kremlin, the Council could never have foreseen the invasion of Ukraine. Without a mole in HM Treasury, the Council could not have predicted inflation at a forty-year-plus high. And, let’s face it, while everybody expected Liz Truss would be a disastrous PM, the scale of her short-lived idiocy and its long-term costs staggered even her greatest detractors.

All of the above events, like unfunded or underfunded Welsh Government policies rolled out in the middle of a financial year, are beyond the Council’s control.

So, readers, with schools running at a deficit, social care bursting the banks of its budget, and no extra dosh in sight, it comes down to this proposition: paying more for less.

Possibly paying a lot more for a lot less.

For reasons admirably explained last week, the Council cannot shuffle money from building projects to fund everyday expenditures. Capital projects for major projects, new schools and regenerating town centres involve Welsh Government grant funding; it comes with strings attached. Besides, even if the Council could move the money over with budgetary sleight of hand, the sums involved would be like piddling in the ocean of deficit.

Badger makes no bones about his view: the best person for sorting the mess out was turfed out by the electorate after doing the best job of any Cabinet member in the last Council term. Alec Cormack is not Bob Kilmister, but we must hope he has his predecessor’s ability to get the books to balance without excess pain.

Every member of the public has an opinion. Jeepers creepers, enough of them share their views on social media! In that spirit, it’s up to people who care about Pembrokeshire to help with the budget process. Suppose you can’t be bothered to engage when asked to by the body about which you repeatedly express an opinion. In that case, your future opinions’ value can be easily discounted.

Whining will get you nowhere. You could try to help in good faith, and if your hobby horse isn’t chosen for the big race, complain afterwards. If enough people agree with you – and surely all sensible people do – you can make an impression on the process, maybe even change a course of action, and get the desired result.
And that’s got to be better than moaning on Facebook.

Until we co-operate with the EU, the little boats will keep coming
Why can’t the Welsh teach their children how to speak?