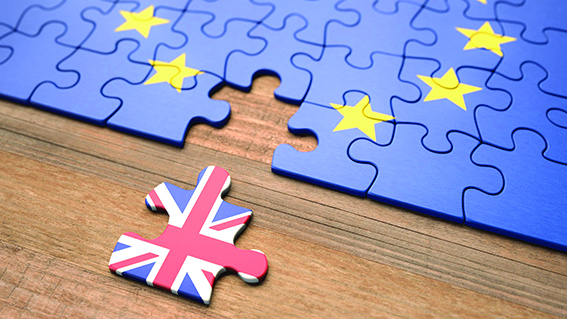 There’s no doubt about it. Brexit is done and has been done for some time. A decisive majority voted in 2019 for Boris to get on and do it; he did it, and we’ve gotten our sovereignty back.

So how’s Brexit going? You might ask world-renowned baritone Bryn Terfel, who was (as Nation.Cymru reported on Wednesday) supposed this week to be demonstrating the strength of Wales’ Brexit-era cultural exports on the stage of the Vienna State Opera.

Unfortunately, it transpired that Terfel had exported himself a bit too frequently over the previous 180 days, and stepping on stage would have put him over the 90 working day limit permitted to UK visitors to the EU. This meant, with only hours before the opening night, he had to schlep off to the nearest Austrian consulate to Vienna –in Bratislava, as it happened– to get a visa to allow him to do something that, before Brexit, would have been his automatic entitlement. ‘Surely the Government can do something about this’, Terfel complained. ‘Pronto.’

Unfortunately, the Government at present isn’t really in a position to do anything except panic over what birthday cake or Tesco rosé-related kompromat Dom Cummings will release to the press next, and optimistically speculate that the Russians might annihilate us all in a fiery Armageddon –of which the only survivors are cockroaches and Boris Johnson– before Sue Grey’s report is ever published.

Bryn Terfel isn’t the only one to find that Brexit has brought nothing but hassle. Pity those obliged to claim Universal Credit, who, we learned, are soon to be sanctioned into accepting one of the zillions of presumably very unattractive job vacancies that resulted from the departure of the European people who used to do all the very unattractive jobs.

Business always hated Brexit (Boris: ‘F*** business’) and business leaders aren’t surprised that Brexit’s bureaucratic embuggerances are hitting British traders as hard as they are hitting employers in other sectors. A recent survey for The British Chambers of Commerce revealed that 45% of companies find it ‘very or relatively difficult’ to trade goods with the EU. If you’ve received the nasty surprise of finding VAT and duty levied on any stuff you’ve bought from the EU online since January, you’ll understand why.

Still, if goods aren’t moving seamlessly from one side of the Channel to the other, at least getting our sovereignty back has stopped migrants doing the same thing. Hasn’t it?

If it has, what’s going on with the daily Dunkirk of little boats, offloading the substantial majority of their manifest who survive the crossing onto the south coast of England?

During the referendum campaign, Remoaners were ridiculed for saying that one effect of Brexit would be to move Calais’ migrant shanty town –The Jungle, as it was known– to Kent. We have, true, avoided this, but only by diligently ensuring that very few of the migrants are ever detained. The French police see them off the beaches of the Pas de Calais with a wave and a shrug, and the UK Border Agency have neither the resources nor the will to round them up this side.

Brexit’s opponents also warned that leaving the EU would destabilise the internal union of the United Kingdom, and it has. Northern Ireland is every bit as troublesome as expected: the de facto unification of the island of Ireland, and Northern Ireland’s de facto separation from the rest of the UK, have been a gift to Republicans. And nats in Scotland (Wales embarrassed its nationalists by voting for Brexit) are adeptly using it as the pretext for another referendum on secession.

Would we be better off if the 2016 referendum had gone the other way? Has Brexit brought us any actual benefits?

Without Brexit, Boris Johnson almost certainly wouldn’t have become Conservative leader. You may or may not see this as one of its more auspicious outcomes, but without the 80-seat ‘Get Brexit Done’ Tory tidal wave in December 2019, we might have ended up with Jeremy Corbyn and the Scots nats running the country. Supermarket shelves may have been a bit empty last summer, but at least we weren’t reduced to barbecuing rats the way they do in any country run by Corbyn’s pals.

In power, Boris hasn’t made a pig mess of absolutely everything he’s touched. The UK had one of the world’s most effective early roll-outs of Covid vaccines. Our procurement program was more efficient that the joint effort co-ordinated by the EU.

The EU program, however, was voluntary. Going it alone was a decision a Conservative government would have made anyway. The Prime Minister is probably right when he brags that this wouldn’t have happened if we’d still been in the EU and Labour had been in charge, but it’s a benefit of not having a Labour Government, not a benefit of Brexit.

Neither is the UK Government’s stout position on Russian aggression against Ukraine –which contrasts with vacillation from Brussels and Paris, and outright appeasement from Berlin– anything to do with leaving the EU.

Europe certainly hasn’t responded well to the greatest threat to its peace since the break-up of the Balkans. Germany mulishly pursues its national interest. As if staring at the 1938 Munich agreement through the wrong end of a telescope, Berlin thwarted EU efforts to supply arms  to Ukraine, and unilaterally vetoed the most effective economic sanction against Russian aggression: excluding Russia from the Swift international payments system.

The German government is petrified of doing anything that might derail Nordstream 2: a natural gas pipeline that will supply Germany directly with reasonably priced Russian natural gas, to keep German lights on and steel presses running in the Ruhr, while also helping Putin wage economic war against his neighbour, by cutting supplies to Ukraine without any collateral inconvenience to his German customers.

Brexit fans should note that Germany is doing all this while very firmly inside the EU, and we aren’t there to stop or counterbalance it. Anyway, back to the benefits. Um,

The Scoveston Murders: The original suspect

Badger and the right to choose