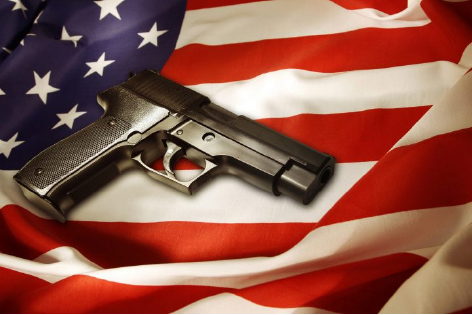 The man’s dead, so we will probably never find out what, precisely, was going through Prince Philip’s mind when –critical of the handgun ban imposed in the wake of the 1996 Dunblane massacre– he mused ‘look, if somebody…if a cricketer, for instance, suddenly decided to go into a school and batter a lot of people to death with a cricket bat which he could do very easily, I mean are you going to ban cricket bats?’

An interesting subject of speculation, sure; but mass killings inflicted with cricket bats remain as rare now as they were in Prince Philip’s day. Tony Blair’s government banned guns but completely ignored the threat posed by Gunn & Moore, and even today you can see cricket bats openly carried in parks and playgrounds, with scarcely a second thought given to the risk.

This isn’t just down to behind-the-scenes influence exerted by the shadowy cricket bat lobby, even if it has insinuated placemen like Welsh Secretary Simon Hart and Carmarthenshire MP Jonathan Edwards right into the centres of power in England and Wales. The truth is that if cricket bats were any use at all for mass killings, someone would have done one with a cricket bat by now.

Pakistan, for example, has both a strong cricketing heritage and an unfortunately high incidence of Islamist terror, but jihadists consistently revert to the old trope of spraying crowds with Kalashnikovs then blowing themselves up, rather than shrieking ‘Allahu Akbar’ to the familiar sound of skull on willow.

Similarly, close study of the ongoing conflict in Ukraine reveals a surprisingly small number of belligerents on either side wielding cricket bats. This can’t just be an issue of supply: Britain’s lynchpin role in NATO means we could provide Zelensky with all the cricket bats he wants. And if cricket bats were that lethal, Putin’s shills would be on the telly every day, bragging that he will come to Britain and personally slaughter every man, woman and child there with his new Kookaburra Kahuna Pro. As soon as he’s knocked it in.

America never has had much of a cricketing culture. Perhaps that’s why mardy, nihilistic American teenagers, narked after a blow-up with their grandmothers over a phone bill, don’t seize the nearest cricket bat and do a Spinal Tap on their bedrooms, but instead blast granny in the face and proceed to the nearest place of education to execute one of their country’s signature school shootings.

That, at least, was what happened on Wednesday at Robb Elementary School in Uvalde, Texas. A morose, inadequate loner called Salvador Ramos –heavily bullied by his peers when at school, and with a history of bizarre and concerning behaviour– barricaded himself in one of the primary school’s classrooms. He then used the two military-style assault rifles he bought last week to kill as many children and teachers as his rotten marksmanship would allow; before being shot dead himself by a law enforcement officer.

If you allow almost everyone in society easy access to semi-automatic rifles and handguns, you allow terrorists, drunks, the drug-addled, the socially inadequate and the mentally ill to have them too. Guns, unlike cricket bats, kill quickly, from a safe distance, and with minimal physical effort. It is of course ‘people who kill people’, but the sort of people who fancy killing people find the killing a whole lot easier when furnished with high-powered firearms than with wooden sporting equipment.

Among developed democracies, it’s only America that doesn’t seem to quite get this. Britain’s Dunblane provoked a legislative backlash in the handgun ban which seemed to many (most notably Prince Philip) completely over the top: it even deprived Olympic contestants of their use. In America, they have Dunblane after Dunblane after Dunblane and do nothing: Wednesday’s atrocity was the forty-fifth instance of gun violence in American schools in just the last twelve months.

Will things be any different in America after the Robb Elementary School killings? The NRA’s preferred means of defence against school shooters –a good elementary school kid with a gun– was sadly absent. The school board’s active shooter drills, in which the children are taught to shy textbooks and stools in their defence against a man with a submachine gun, were as useful as might have been expected.

Removing almost all legally-held handguns in the UK was the right response to Dunblane, particularly so with hindsight’s view over subsequent horrors that would have been vastly worse with added firearms. Knife-wielding terrorists in London Bridge, Parliament Square and Reading could have significantly improved their tally with pistols in hand, let alone the sort of kit that was freely available to Salvador Ramos (true, many ordinary decent British criminals do still have shooters, but they usually draw the line at supplying them to foreign geezers they don’t trust).

Joe Biden was America’s Vice-President for eight years. In that time, there were twenty-four mass shootings. After each one, his boss Barack Obama said sad, elegant words and did absolutely nothing to prevent their repetition.
President Biden is too old and woozy to have any political legacy that he will be in a position to remember with regret, so it’s probably not a bad idea to do something about gun violence in America right now. Before any more children are murdered. It’s time for Joe to pad up, step to the crease, and go into bat against the gun lobby.

Badger and the right to choose

Badger amid the chaos