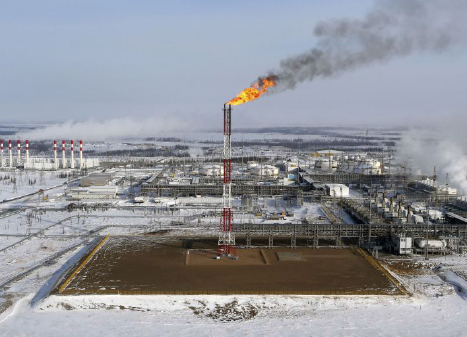 Who remembers Covid? While it had its longueurs, one of lockdown’s silver linings was being able to fill your car with petrol at nigh-on £1 a litre, and your 2000-litre heating oil tank for £500. At one point, as the pandemic bit, you literally couldn’t give crude oil away.

Although Vladimir Putin deserves our thanks for apparently curing the entire world of Covid-19, we should nonetheless reserve some indignation for what his floundering invasion of Ukraine has done to world oil prices, which just hit a 14-year high at $130 a barrel.

Prices at the pumps never trail far behind, and filling up something like a Nissan Qashqai now sets the average British motorist back the thick end of ninety quid. Panic-buying and profiteering ensued; there were queues at forecourts in anticipation of worse to come, while gougers like the management of Maesteg’s 24/7 Express filling station –who deserve to be tarred and feathered for their greed– charged a piratical £1.98 a litre for fuel.

The oil price shock is the deferred price western Europe is paying for two decades of dependence on Russian energy. This suited everyone very well at the time: it allowed UK governments to run down Britain’s nuclear capacity while still polishing their halos about carbon emissions, and it allowed Russia to run what appeared to be a superpower military despite a welterweight economy (not much bigger than Spain, which makes paella, not ICBMs).

Now, Russian oil and gas have become commodities as desirable as signed first editions of ‘As it Happens’, or the same celebrity’s 1962 hit single ‘Ahab the Arab’. Threats of a total oil embargo on Russia are sounding credible. At Milford Haven, dock workers took sanctions into their own hands: two tankers carrying Russian diesel, the Louie and the Archelaos, were told to sling their hook when staff at the Puma energy terminal declined to unload them.

Apart from our immediate vulnerability to disruption in fuel supplies, this new oil and gas crisis is deserved punishment for ducking hard choices over energy, and opting for sanctimony over energy security every time choices were made. The most obvious short-term lesson? It’s time for Britain to get back in the fossil fuel game.

Doing so doesn’t just mean pivoting our dependence to Saudi Arabia, Venezuela or Iran. Mohammed bin Salman has evidently been forgiven, unsanctioned, for chopping up Jamal Khashoggi and doing the same sort of stuff in Yemen that Putin is doing in Ukraine (but, perhaps importantly, to people further down the Dulux colour chart). Nevertheless, swapping one ogre’s hand on the UK’s on/off switch for another is not a victory for energy security.
In the 1980s, quite by serendipitous chance, the UK found itself self-sufficient in North Sea oil. We still sit on vast reserves of it: the untapped Cambo oil field off the Shetland islands alone has a reserve of 800 million barrels. Whatever bleating it elicits from Greta, XR, Carrie and Zac, it’s time dramatically to step up investment in extracting North Sea oil and gas.
Still easier, cheaper and faster to get at is the estimated 90 to 330 billion cubic metres of natural gas tucked away in shale strata. America demonstrated how shale gas can lead, by itself, to energy self-sufficiency and the UK should follow suit. The objections to fracking are misconceived: mostly ill-informed internet hysteria stoked by Kremlin trolls with a vested interest in keeping Europe dependent on the bear.

The economics of fracking have altered too. In 2014, shale gas was unlikely to bring gas prices down dramatically because we remained part of a well-connected European energy market, with any amount of the stuff available on tap from the east. Brexit and Ukraine have changed those calculations forever, and energy security should now be right at the top of the Government’s domestic priorities. It matters in the short term simply to keep the lights on, and in the medium term as a hedge against inflation: increasing energy prices have a knock-on effect on prices across every sector of business and industry.

At the same time, ministers need to smooth out the immediate effects of the energy crisis. Sky-high fuel duties, and the tax-on-a-tax of VAT on road fuel will be raking in huge surpluses for the Treasury while prices at the pumps stay high. Fuel this costly causes appalling financial pain for low-paid workers, and a short-term VAT cut could moderate the effect with no overall loss in revenue.

The green lobby are right that getting back into the fossil fuel game isn’t a long-term solution.
Russia, of course, has demonstrated its commitment to a better environment by helping Ukrainians limit their energy consumption and taking effective measures to decrease their use of private cars. Without this kind of helpful incentive, the insatiable demand for energy from UK consumers will only be met by facing the difficult decision we ducked two decades ago: to build a new generation of nuclear power stations, ideally developed and constructed by European businesses rather than communist China.
Greta, Carrie and Zac may moan, but having a pandemic and a war in quick succession have demonstrated the importance of energy security. Worrying whether or not you might need a gas mask stops you fretting about whether or not to wear a pointless bit of cloth over your face, and if the whole country goes dark, no-one can see you virtue-signalling.

What have Labour done for the poorest communities in Wales over their 22 years in power?

Napoleon Bonaparte has a lot to answer for, but don’t let’s cancel him

Kill Geronimo the alpaca, and quarter of a million badgers too