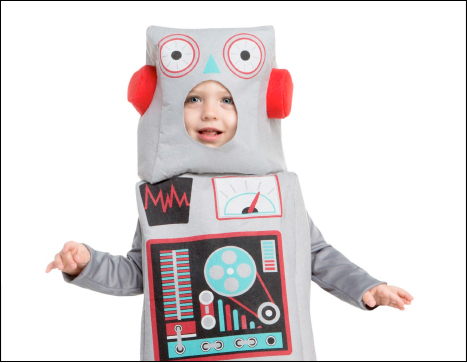 If your right eye causes you to sin, pluck it out and throw it away.’

The twenty-ninth verse of the fifth chapter of the Gospel according to St Matthew contains one of Christ’s more robust teachings. But even in America, where extremes of zeal in the practice of Christianity are more widespread than they are here, you don’t see that many one-eyed Christians going about as living, winking testimony to the benefits of following this advice. Even the Puritans never actually took to eye-gouging as a religious sacrament.
If the rules at Mossley Hollins High School in Greater Manchester aren’t quite so strict as to remove bodily parts that might lead pupils into bullying each other, they come pretty close.

Andrea Din, who since September last year Mossley Hollins has been fortunate enough to have as its head teacher, instead ruled this week that as a child touching any other child has the potential to lead to bullying, the children won’t be allowed to touch each other at all.

‘No student,’ Din announced in the school’s latest newsletter, ‘should ever be touching another student’. This enlightened policy ‘aims to ensure all students can enjoy their own personal space and comes at a time when so many young students have missed out on this great practice at primary school and are learning again to socialise well together.’

Din’s logic is hard to fault. If the boys at Rugby School hadn’t been allowed to touch each other, there would have been no roasting of fags before an open grate. And Wales would now have rounders or netball as its national sport.

Bizarre and eccentric school rules aren’t necessarily a bad thing. They help children grow up with a healthy distrust of authority, and build solidarity among pupils in resistance to whatever arbitrary despotism is imposed from the teachers’ common room: contemplate the bemusement of pupils at Castle View School in Canvey Island, Essex, which banned triangular flapjacks when, in the course of a food fight, a boy was hit in the face and lightly injured by such a missile (it doesn’t seem to have occurred to the educators of Essex to ban food fights instead; or that the square and rectangular flapjacks remaining in the canteen had similar ballistic potential).

In North Korea, every male pupil must sport the same distinctive hairstyle as Supreme Leader Kim Jong-Un (it’s pure coincidence, in our less authoritarian society, that so many British schoolboys wear their hair like Boris). Punishments for unauthorised hairdos in North Korea are no doubt terrible, but Andrea Din runs them pretty close. Until recently, chewing gum at Mossley Hollins got you excluded.

Running your school like John Cleese’s character in Clockwise no doubt makes a great impression on the inspectors from Ofsted: Mossley Hollins is rated as ‘outstanding’, which translated means ‘perfectly OK’ (‘good’ means ‘pretty awful’, ‘requires improvement’ means ‘unbelievably dire’ and the other one is reserved for unlicensed Madrassahs in Birmingham where they perform female circumcision). But discipline has to be balanced with a measure of humanity, and Andrea Din seems to have struck on one of the best ways ever devised of sucking all the joy out of school life.

The real mischief of Din’s ‘great practice’ is the way it goes to wild extremes to prioritise children’s safety over their robustness. Of course schools must do everything they can, within reason, to stop bullying. But prohibiting any and all touching goes way beyond what is reasonable. The social skills we pick up as children determine how we will behave as adults: stigmatising and prohibiting physical contact looks like a good way of turning Mossley Hollins’ maladjusted alumni out into a world they will be utterly unable to cope with. Don’t let’s be surprised when children who have been told it’s not safe even to touch each other grow up to think it’s not safe to hear opinions they dislike either.

That some bullying is physical doesn’t mean that physical contact leads to bullying. Far more bullying now takes place online, but Andrea Din hasn’t responded to this by banning Mossley Hollins kids from the internet. Probably because, even for a school that requires Dalek levels of obedience from its charges (‘Respect, helping others and following all school rules are necessary qualities for success’) Din knows where the writ of her authority ceases to run.
Mossley Hollins High School’s students shouldn’t have to put up with the no touching nonsense. ‘We always listen to good ideas,’ Din reassured parents ‘when communicated to us using the proper channels.’ In this instance, the proper channel is outright disobedience. If they don’t want their time at school ruined, pupils at Mossley Hollins must rise up in group-hug rebellion against this awful rule.

Schools, like prisons, may appear to be zones where discipline is absolute but in reality they are governed only with the consent of their inmates. If Andrea Din won’t see sense and climb down; if her school insists on enforcing the beastly rule, it is the student body’s moral duty to make sure the rule goes, or she does.

What have Labour done for the poorest communities in Wales over their 22 years in power?