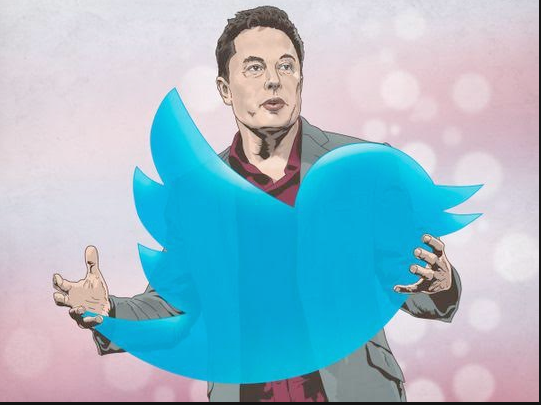 As Bonfire Night approaches, the sheer nightmarishness of 2022 makes it harder than usual to pick through the horrors of the year, and decide which bogeyman to place in effigy atop the pyre.

Boris? He’s been done. Liz Truss is barely worth the effort of burning. Burn Rishi or Suella and they’ll call you racist. Burning Greta Thunberg might contribute unacceptably to carbon emissions. Vladimir Putin we should burn for real. Dominic Raab would be, for once in his useless life, a good Guy, but a bit niche if you’re not a criminal barrister.

One way to simplify the process would be to take soundings using a Twitter poll. If you did, the Trots, Tankies, trolls and bots who seem to make up ninety-eight percent of Twitter’s abominable membership would have no trouble at all in pushing forward a stuffed dummy of the site’s new owner, Elon Musk.

Being the on/off world’s richest man –depending on what he has most recently done to Ratner one of his own businesses– and either drunk or high, Musk was moved on 14 April to bid for the platform, in the Bond-villain nuclear-ransom sum of $44bn.

He significantly overpaid. Anyone who has used Twitter knows it is infested with fake accounts. It’s also of no real political importance and has narrow social reach: it talks to a self-selecting gaggle of middle-class users (there are far more Chavistas than chavs on Twitter) who are just educated enough to hold loathsome, opinionated views on politics, religion and the arts.

It doesn’t make any money, either. Because not that many people are on Twitter –and of the ones who are only one in ten actively tweets– advertisers shun it. Political parties consider it useless as a tool of mass persuasion; Facebook is a vastly bigger platform that everyone, including your gran uses, and your gran and her friends probably bother to vote. Insta is the place to sell tat to kids.

And Twitter, over several years, has changed from somewhere Stephen Fry went to be droll, to the place you go to scream hateful abuse at anyone who doesn’t share your views. If it is, as Musk has described it, a ‘town square’, it’s a urine-soaked, litter-strewn, late-night-economy sort of town square, where paralytically drunken strangers headbutt you in the taxi queue. When Musk tweets, he sometimes can’t restrain himself from Ratnering Tesla’s share price, baselessly accusing some poor schmuck of being a nonce, or spreading conspiracy theories about the attack on Paul Pelosi.

It’s not only Elon Musk’s worst instincts that Twitter brings out. The site’s whole raison d’être is to do Satan’s work on earth by stoking hate and division. Click on almost any tweet, and lose yourself down unending, Alice in Wonderland warrens of outrage and spite, usually from individuals with #BeKind prominently displayed in their biography. Twitter self-reinforces conspiratorial thinking and gives conspiracy theorists an echo chamber of like-minded cynics and neophyte dupes. You can easily see how it sends some people mad.

Conscious of all this, Musk realised he’d been sold a pig in a poke and tried to back out of the deal. The US courts had other ideas, so last Saturday the founder of PayPal, Tesla and SpaceX added ‘Chief Twit’ to his resumé. He has been living up to the title, sacking almost all the other twits, playing merry hell with an appalled membership, and threatening (when next week’s mid-term elections are out of the way) to give Orange Beelzebub his account back.

Musk describes himself as a ‘free speech absolutist’, and wants to cut back on the site’s nannying moderators and arbitrary bans. At the same time, he will have to navigate EU laws that require the prompt removal of anything considered hate speech (and if you’re a Tory, that’s most of what Twitter has to say about you) and the UK Government’s weird, misconceived intention to stop people saying things online that, however legal, might be ‘harmful’.

The Guardian might think that handing Twitter to Elon Musk is like giving a chimpanzee a priceless clock, but few better things could have happened to the wretched website. There is certainly fun to be had in watching the new CEO pulling its workings apart, and dashing its dial and bells on a tree stump. Particularly gratifying is Musk’s determination to rile the Twittersphere’s élites: the horribly entitled slebs and panjandrums awarded the coveted blue tick of verification.

Musk plans to let anyone willing to pay $8 a month for a blue tick have one. This horrifies the already-ticked, who by and large think that Elon should be paying them to be there. The US Senate’s opinion-on-a-stick, Alexandra Ocasio-Cortez, tweeted ‘Lmao at a billionaire earnestly trying to sell people on the idea that “free speech” is actually a $8/mo subscription plan’. ‘Your feedback is appreciated,’ Musk replied. ‘Now pay $8.’

When absolutely the best thing on the site is James Blunt, you know Twitter can’t be saved. If it is a clock, it’s one that only ever tells the wrong time. There were plenty of better ways Elon Musk could have spent his $44bn in service to humanity, but owning Twitter outright does give him one way to redeem himself: now it’s his to burn, Musk can put the blue bird on the bonfire. Shut Twitter down forever. Destroy its servers. Erase its data from the face of the earth. 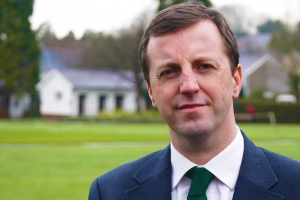 Where do the Tories go from here?