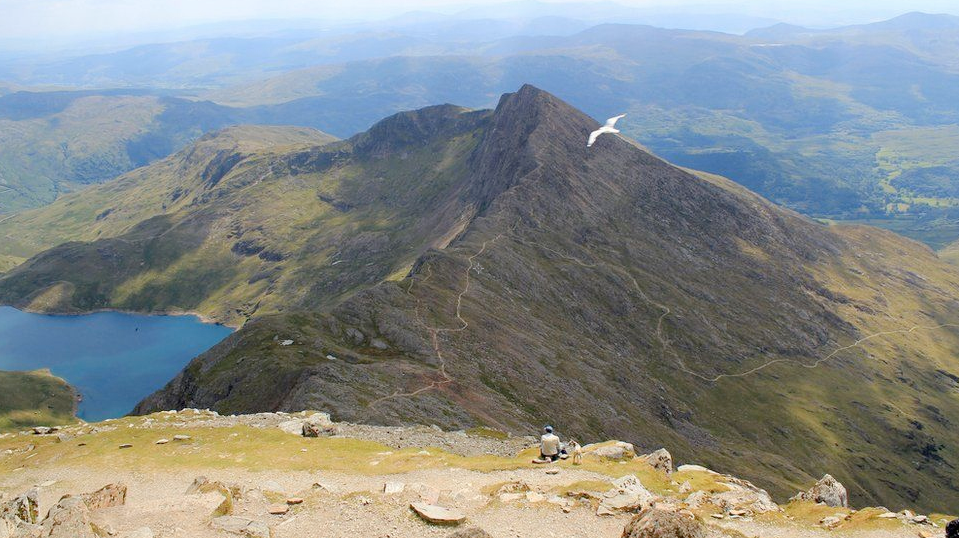 Kudos this week to Aled Powell, a dad from Wrexham whose determination in protesting against injustice cannot be outdone. Appalled at Wrexham County Borough Council’s failure to provide Welsh-language swimming lessons, Powell has spent the past three years stubbornly crusading to preserve his two young daughters’ right to drown in the medium of Welsh.

According to a report in WalesOnline, Awen, 7, and her younger sister Elan have been asking their daddy on a weekly basis when they can start learning to swim; to which entreaties Powell can only reply that he is still ‘waiting without any clarity on when swimming lessons will be available in Welsh for children in the area.’

‘Waiting without any clarity’ may even beat ‘in due course’ as a way of fobbing children off (‘I am waiting without any clarity on when you will be read a bedtime story/ the shelf in your room will be fixed/ you can have a Nintendo Switch) and Aled Powell should be congratulated on this inventive aspect of his parenting, even while some may find grounds to criticise him for imperilling his children’s lives should they venture near water. Still, Powell himself believes that he has done everything that he as a father can or should: ‘I’ve been discussing with Wrexham Council for over three years, I’ve made complaints to the Council and the Welsh Language Commissioner, and nothing fundamental has changed. What am I supposed to do?’

Quibblers might posit that Aled should either do his protest properly and make his children go on hunger strike, or get off his high horse and let them go to the pool and be spoken English to.

Powell –though the article doesn’t tell us this– used to be a Plaid Cymru candidate, and chairman of the local branch of Cymdeithas yr Iaith Gymraeg, which may give us some insight into his motivation. For Aled, scoring political points against Wrexham’s independent/ Tory-controlled local authority trumps providing his children with life-saving skills. When Awen and Elan sit glumly on the sand next summer, other children splashing and bobbing in the surf, they will have the consolation that their father is a true Welsh patriot.

Paradoxically, Aled Powell spent most of his working life in Europe, America and South Korea (he spent seven years teaching –he doesn’t say what; probably English– at various universities in Seoul), before returning to suck at his native land’s Christina Hendricks-sized public sector teat. His wife, Hyun-oh, came to Wales with him from Korea. It’s reasonable to guess that she isn’t a first-language Welsh speaker, so the family can probably rub along without using Welsh if absolutely necessary.

Happily for Awen and Elan, even if swimming is impracticable some sports and pastimes remain open to them. Wales’ Association Football team has officially redesignated itself as ‘Cymru’, so a trip to Qatar isn’t out of the question. Powell will also have been delighted this week to see that he can finally take the weans for a walk up Wales’ biggest hill, which –along with the entire National Park surrounding it– was likewise recently renamed; Yr Wyddfa supplanting Snowdon and Eryri replacing Snowdonia.

Snowdonia National Park Authority’s decision was prompted by a banal petition got up by a Plaid councillor, which attracted as many as five thousand signatures –about 1% of the number of people who walk up Snowdon every year, very few of whom speak any Welsh.
Snowdon is a name of some antiquity. It is a modernised version of the Old English snáw dún, meaning ‘snow hill’. According to Hywel Wyn Owen and Richard Morgan’s Dictionary of the Place-Names of Wales, the name is first documented in 1095, nearly two hundred years before the first known reference to ‘Yr Wyddfa’, which references a Welsh fairy story about a giant entombed at the top after losing a punch-up with King Arthur.

Aled Powell is perfectly entitled to be annoyed that Wrexham Council can’t be bothered to recruit a Welsh-speaking swimming teacher. It is, after all, their statutory duty as a public body to promote and facilitate the use of Welsh, and to treat the language no less favourably than English. The only point in dispute is whether or not this is a principle in defence of which it’s worth drowning your children.
It should similarly be clear that Welsh and English are of equal status, and public authorities like Eryri (as it now is) National Park Authority have no business seeking to erase or deny a thousand years of English-speaking culture in Wales. Just as bad as the failure to cater for Welsh speakers is the promotion of a bogus, plastic version of Welsh history, with nationalist myths –similar in their historical accuracy to the supposition that Rhita Gawr is buried at the summit of Snowdon– presented as fact.