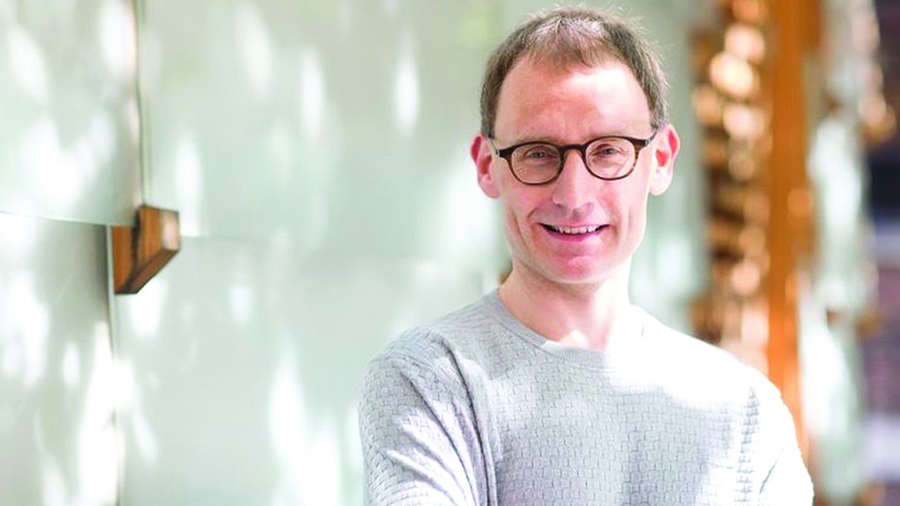 Looking for someone or something to blame for the 136,000 people in the UK who died to date through the Covid pandemic?

Groupthink, it appears, is your man. At least, that was the conclusion of a joint report issued this week by the House of Commons’ Health and Social Care, Science and Technology Committees.

It concluded that the delay to impose a first lockdown last spring was “one of the most important public health failures the United Kingdom has ever experienced”, and that we didn’t take the vital step of locking down sooner because of groupthink.

Delaying lockdown by one week, the report claims, could have reduced the first wave death toll by at least a half.

Says who? Says Prof. Neil Ferguson, unsurprisingly: the stopped clock of overblown Covid hysteria who anomalously managed never to tell the right time. The anti-Cassandra who everyone listened to but who was always wrong. At every stage of the pandemic, Ferguson’s predictions of likely casualties were out by a factor of as much as ten.

It’s Professor Lockdown’s own duff modelling that the committee have relied on in reaching those conclusions about the significance of not locking down sooner. And Ferguson is fiddling the figures again. If you substitute modelling that reflects the consensus on levels of infection, it shows that the first wave was slowing and cases reducing before the first lockdown was imposed. People were making their own decisions about the risks they faced from Covid, and staying home of their own volition.

The report’s central premise –that we should have locked down harder and sooner – is itself a good example of groupthink. The report didn’t even begin to question whether or not the lockdowns did what they were supposed to do, or if the supposed benefits of lockdowns were enough to justify the immense cost.

Another major influence on the Committees’ report was, it appears, Dom Cummings. How we miss him.
One of the things –Dom told the Committee– that was completely wrong was thinking that “the British public would not accept a lockdown and, secondly, the British public would not accept what was thought of as an east Asian-style track and trace-type system and the infringements of liberty around that”.

It’s a great shame that Dom was right about this. It really gives the conspiracy theorists something to chew on when people are prepared meekly to submit to some little Hitler telling them they’re not allowed to leave their home, even to visit a dying relative.

But Cummings knows very well what a load of mugs the British people are. He did, after all, persuade them to leave the European Union. Persuading them that they’d rather live in a Camberwick Green version of Maoist repression than catch a cold was always going to be a piece of cake.
And what has all this unprecedented loss of liberty and stupendous waste of taxpayers’ money actually bought us? 136,000 people died anyway.

Can anyone make a persuasive case that the £36bn sprayed at track n’ trace wouldn’t have been better spent building new hospital infrastructure to treat Covid patients, and bribing the vulnerable, handsomely, to self-isolate?

What might have ‘protected the NHS’ in furtherance of the aims of that ghastly slogan would have been increasing its capacity and making its wards cleaner. Protecting the NHS by turning people with cancer or heart attacks away was a bit like protecting the Army by having it never deploy, or protecting the police by instructing people not to call them out to dangerous situations like armed robberies.

Most provisions of the lockdown were never necessary. No-one was protected from the coronavirus by the police buzzing them with drones as they walked in the Pennines.

And lockdown had more pernicious effects than the immediate and obvious ones like costing a fortune. It gave the Government powers to rule by decree that it still has not relinquished. It empowered the worst sort of public officials to take a borderline sadistic delight in imposing stupid, trivial rules. It turned a substantial portion of the population into bootlicking Coronazi grasses, twitching their curtains at the slightest sign of ‘outsiders’ bringing the Covid.

It facilitated the murder of Sarah Everard, who had been out breaking the law (the way most of us did; be honest) by having dinner at a friend’s house. Empty streets and arbitrary rules were just the opportunity Wayne Couzens needed.

Still, aren’t the groupthinkers right to say that all this was necessary, when so many people died of the Covid?

It seems to be predicated on the view that they would otherwise have been immortal, like the sentiments expressed by a lady on Radio 4’s Today programme, who laid the blame for her mother’s death directly on the Prime Minister. Her mother, she said, had been fit and active, and not at all in bad shape for 98. Boris, not time, was responsible. There should, she thought, be some sort of prosecution for corporate manslaughter.

Was there an alternative? Sweden avoided groupthink by allowing its citizens to make their own minds up about their individual risk from Covid, and did no worse in terms of deaths than most other major European economies, and far better in the economic, social and (non-Covid) health outcomes.
The real groupthink is among people who think the example of a communist dictatorship was the right one to follow.