It’s time to close the book on Bloody Sunday 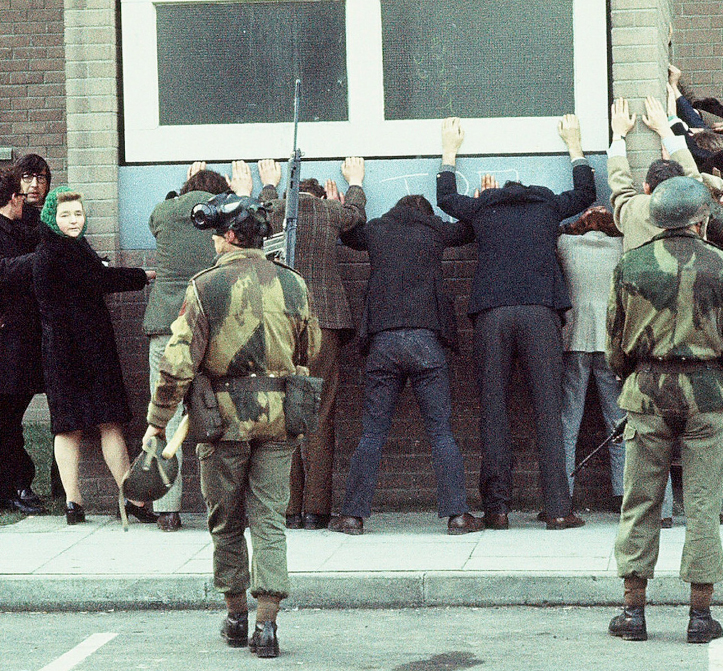 Compared to the news coming out of Mariupol, soldiers shooting dead thirteen members of the public at a prohibited, if unarmed, demonstration looks almost banal.

Bloody Sunday, 30 January 1972 is among the most celebrated atrocities of Northern Ireland’s Troubles, albeit by no means the worst. Nonetheless, the verdict of a 1973 coroner’s inquest: “The Army ran amok that day. It was sheer, unadulterated murder”, and the similar conclusions of a grotesquely long and costly inquiry more than three decades later leave no doubt that civilians in Londonderry were murdered by British troops.

Now, fifty years have gone by since Bloody Sunday. In 2010, David Cameron made a full, comprehensive and final apology for the actions of the soldiers who ran amok: “There is no doubt, there is nothing equivocal, there are no ambiguities. What happened on Bloody Sunday was both unjustified and unjustifiable.” The Prime Minister’s apology was intended to dismiss any moral ambiguity over the atrocity, and also to close the book on the events of Bloody Sunday: “That is not to say we should ever forget or dismiss the past, but we must also move on.”

For some, it has been harder to move on than others. On Tuesday, the Lady Chief Justice of Northern Ireland, sitting in the High Court at Belfast, overturned the public prosecutor’s decision to discontinue the prosecution of a paratrooper, ‘Soldier F’, for two murders he allegedly committed in the course of the massacre. This –like the decision to prosecute him in the first place– sparked anger. His supporters perhaps understandably believe soldiers are being held to standards that don’t apply to terrorists.

Soldier F may be one of Bloody Sunday’s most guilty men. Of the thirteen rounds he fired that afternoon, five ended up in civilian corpses. Quite apart from killing the two individuals –James Wray and William McKinney– named in the murder charges, the Savile inquiry found that Soldier F shot dead a seventeen-year-old boy, Michael Kelly, as he stood unarmed at a barricade. Then, witnesses to the inquiry (including a British Army officer from another regiment) say they saw Soldier F take a deliberate, aimed shot, striking a man called Barney McGuigan in the head. McGuigan was unarmed and waving a white handkerchief as he broke cover to help another victim, Patrick Doherty (Soldier F had earlier shot Doherty in the backside as he was trying to crawl away).

For some, the continued investigations into soldiers who opened fire on Bloody Sunday are a monstrous injustice. The young paras of 1972 are old men now, long since retired from service. Since 1972, the Provisional IRA have murdered 1700 people. Many of those murderers were never caught, and if they weren’t, no-one is looking for them now. But if you were, you wouldn’t have to look far. Several are in high elected office in Northern Ireland.
Those who were caught and jailed have long since been let out of prison as part of the Good Friday agreement. The murderers amnestied in pursuit of a lasting peace settlement have been free men for almost twenty years; prosecuting Soldier F when IRA killers walk free looks like a double standard. It is, but only up to a point. Soldier F, too, could have availed himself of an amnesty. The Saville inquiry promised witnesses who told the truth about their actions on 30 January 1972 immunity from further legal action. He didn’t tell the truth, but when, you might ask, between 1972 and today has Gerry Adams ever told the truth about his involvement in the Troubles?

Prosecuting soldiers for overreactions, misjudgements or deliberate excesses committed on active service is as contentious as it is tricky. Expecting squaddies in their late teens who are being bombed or shot at, or who think they are about to be bombed or shot at, to behave according to strict legal niceties is often asking too much of them.

However, just because it is difficult to prosecute soldiers who either get carried away in the heat of contact and ignore their rules of engagement, doesn’t mean that in the right cases we shouldn’t. It has perhaps never been more important than now to see that the laws of conflict are upheld and enforced. The barbarity in Ukraine is more than just the use of unrestrained and entirely illegal force to crush a civilian population into capitulation. It is an assault on the entire rules-based international order; a declaration that from now on, wherever autocracies want to advance their interests, there will be no rules.

Equally, just because a prosecution (as the Belfast High Court found in Soldier F’s case) might be evidentially possible, doesn’t mean it must take place regardless of delay, and regardless of its political context. Morally dubious it may be to let him go, but it’s morally dubious to have members of devolved parliaments who blow up the Old Bailey and shoot prison guards. The public prosecutor should stick by the substance –if not the iffy reasoning– of its decision, and halt the prosecution of Soldier F.

Soldier F may have murdered (at least) two men. There may be evidence, even despite the passage of fifty years, sufficient to convict him. But David Cameron was right twelve years ago: we have discovered as much of the truth of Bloody Sunday as we are ever likely to know, and it is time to move on.

Let’s get physical with Welsh Labour