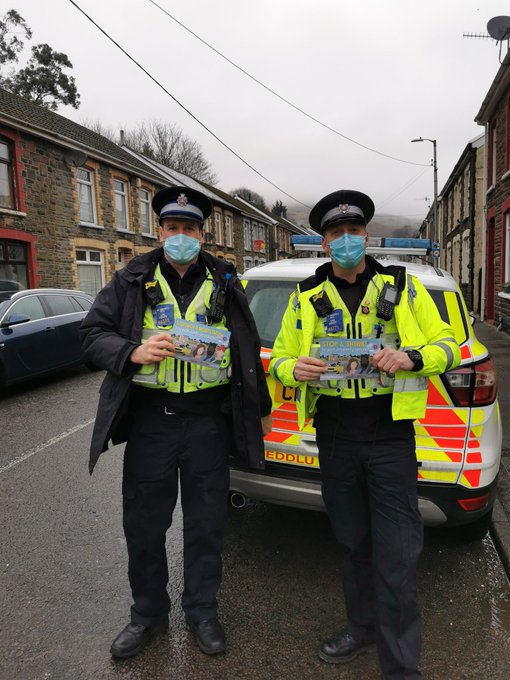 Plaid Cymru has a very low opinion of its voters’ intelligence. And they may be right. If
anyone is twp enough to think that Wales would be better off inflicting the equivalent of a
dozen Brexits on its economy than staying in the Union, they probably shouldn’t be allowed
near power tools or boiling water.

At any rate, that is the special kind of stupid Plaid thinks its supporters are. The sort of
voters who would be defeated by a tricky screwcap on a medicine bottle. Otherwise, the
party wouldn’t have complained last year to the Electoral Commission that Plaid voters
can’t tell the difference between “Plaid Cymru: The Party of Wales” on the one hand, and
“The Welsh National Party: Plaid Genedlaethol Cymraeg” on the other.

Even when the former will have a big daffodilly logo on ballot sheets, and the latter a big dragony one.

The Welsh National Party was the creation of ‘Nasty’ Neil McEvoy, the turbulent South
Wales Central MS who was last year chucked out of Plaid Cymru when a kangaroo court
convened by the Public Services Ombudsman for Wales found him guilty of being impolite
to civil servants. Having registered his party, the Electoral Commission promptly de-
registered it after legal threats from Plaid. McEvoy tried again, with the slightly different
“Welsh Nation Party/ Plaid Cenedl Cymraeg”.

Plaid Cymru however have a certain amount of money to chuck at m’learned friends, and
Nasty Neil doesn’t, so that was the Welsh Nation Party stuffed too: its application for
registration was refused earlier this month. The Electoral Commission appear to have
decided that no Welsh party in Wales may refer to itself as being a party, or in Wales, or
Welsh, in case Plaid Cymru’s supporters are thrown thereby into a state of hopeless
bewilderment.

It now being a bit late in the day to start another new party in time for May’s election, and
seemingly impossible to register any political party with a permutation of the words ‘party’
and ‘Wales’ to which Plaid wouldn’t take exception, Nasty Neil had to look hastily for plan C.
In 2018, he had put together a Momentum-style ginger group within Plaid called ‘Propel’,
and some time later abandoned it; because it was a bit rubbish.

‘Propel’ may not be as sexy as ‘Welsh National Party’, with its alluring connotations of black
shirts and hobnail boots, but in the circumstances it would have to do. Nasty Neil went to
the back of the garage, pulled off the tarpaulin, gave the old girl an oil change and a new set
of plugs, and –amid a series of clanks and groans, and a great trail of blue smoke– fired up
Propel. It will propel him absolutely nowhere. The Welsh National Party was looking like a
passably effective populist platform. Propel is an instantly forgettable brand which the
public will never recognise, let alone elect. He would have done better asking someone for
the keys to ChangeUK.

You would probably be right in concluding that the Welsh political establishment is out to
get Nasty Neil. Indeed, nobbling Neil McEvoy is an endeavour in which Plaid Cymru and Welsh Labour find common purpose. Until his defenestration from Plaid, Nasty Neil was looking like a serious threat to First Minister Mark Drakeford in his own seat of Cardiff West, where the 2016 Senedd election saw a swing of nearly 12% away from Drakeford and directly to McEvoy. This was 10% higher than the national swing to Plaid Cymru, and almost certainly a personal vote for Nasty Neil.

Drakeford’s majority was a shaky-looking 1,176. Drakeford is now considerably safer in Cardiff West. Plaid have disembarrassed themselves of Nasty Neil’s services and a Plaid candidate in the seat will eat away at Propel’s support. Drakeford’s own stature has grown through the pandemic. That being the case, it is surprising that the First Minister feels the need to start acting like Vladimir Putin in the face of opposition on his home patch.

After a spot of leafleting on Valentine’s Day, Nasty Neil’s romantic pursuits were disturbed
by the South Wales Police, who came round late in the evening and banged on his door,
announcing that leafleting in the pandemic was illegal, and that he would be reported for
breaking Covid regulations. “It’s written in law”, said the officers.

It is, of course, not written in law. The police themselves were dropping leaflets in Bridgend
that day, and with an election coming up, you won’t be surprised to hear that Mark
Drakeford is paying to have his leaflets delivered. The supposed prohibition on leafleting
comes instead from Welsh Government guidance (which is not law) saying that “in the
current circumstances, distributing election leaflets door-to-door is not a reasonable excuse
to leave home.”

It is for the courts, not the Welsh Government to decide what is and is not a reasonable
excuse for leaving your house, and the CPS almost certainly won’t prosecute Nasty Neil for
leafleting because such a prosecution has no reasonable prospect of success. Boris Johnson
certainly believes that political campaigning amounts to a reasonable excuse, and the police
didn’t harass Boris or the Welsh Secretary Simon Hart when, on Wednesday this week, they
visited a stadium in Cwmbran which is serving as a vaccination centre.

There is absolutely no difference in principle between Boris Johnson making photo-op visits
in the course of political campaigning, and Neil McEvoy pushing leaflets through people’s
doors in Cardiff West for the same purpose. If one is lawful, both are.

If the Welsh Government want to ban political campaigning in the run up to a democratic
election, they should ask the Senedd to pass a law to that effect, rather than telling the
police that it is the law when it isn’t, and getting them to hassle opposition parties.

Leafleting isn’t a crime and Nasty Neil McEvoy was just doing his job. The pandemic must
not be used as an excuse to silence voices the Welsh Government doesn’t want to hear.