Apathy will be the real winner next Thursday 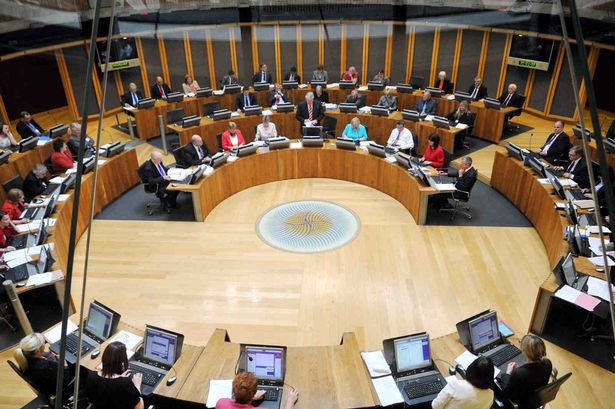 Since he took over from Carwyn Jones in 2018, Drakeford has been on a remarkable political journey; from looking like a shambling, stone-cold loser to commanding something very close to the respect and even affection of the Welsh public.

The pandemic was the making of him. For a year, the Welsh Government played a cunning sort of game of Grandmother’s footsteps with the UK Government, with the twin aims of making Boris look silly and reckless (never hard) and of building up the status of the Bay as a repository of power and influence for the Labour party.

It’s been quite an achievement. In testing the limits of Wales’ alignment to Westminster, Drakeford at once nurtured nationalist sentiment, while depriving his nationalist rivals of its fruit.

Unlike Mark Drakeford, Plaid Cymru’s leader Adam Price has had a rotten pandemic. No-one is describing Price as The Mab Darogan in this campaign’s leaflets. Plaid Cymru’s false messiah has not led his party to the promised land; they still wander round the empty wastes of Y Fro Gymraeg wondering how in all Hell there can be a great new buzz around independence, and 200,000 card-carrying members of YesCymru, while Plaid flatlines in the polls.

Plaid is floundering. They recognise that independence is more popular than their party, but fail to translate indy-curiosity into Plaid votes. The party of the Fro is seen as aloof and snobbish by the Labour voters who they need to win over. YesCymru –despite or possibly because of its linguistically impure invocation of the Anglo-Saxon affirmative– is swaying the Labour movement towards independence, leaving explicitly pro-independence parties irrelevant and beached.

Plaid’s trademark infighting has queered their pitch, too. Just imagine the Zen-like feelings of relaxation and good humour that radiated from Mark Drakeford when Plaid Cecru expelled ‘Nasty’ Neil McEvoy, who had fallen out terribly with the party’s Woke Wing.  As Plaid’s candidate in Cardiff West, Nasty Neil looked as though he was about to do something very nasty indeed to the First Minister’s chances of remaining in the Senedd.

Now –with Nasty Neil on the outside pissing in– Plaid Cymru will be humiliated in Cardiff West, and likewise (and for similar reasons) in their other valleys target of Blaenau Gwent, where Alun Davies’ seat was at serious risk before Plaid bickered and badgered their candidate out.

Still, however bad life might be for Plaid Cymru, at least they’re not the LibDems. The yellow bird has not flown in this election campaign. It flaps feebly in the gutter, wounded and wet through, uttering its last few pathetic tweets before expiring altogether.

Some talented candidates –like Covid-crushing warhorse Bill Powell– have been dismally let down by Jane Dodds’ vacant leadership, and active sabotage by Kirsty Williams. Kirsty is a deserving winner of this year’s Nick Clegg Award for turning her party toxic. After supporting Labour in imposing ruinously expensive new regulation on agriculture, ‘Liberal’ has become a dirtier word among Radnorshire farmers than it is in Tehran.

Whatever the precise outcome of next Thursday’s vote, it looks certain that Welsh Labour will constitute all or most of the next Welsh Government. The only question the election determines is whether Labour will govern alone or in coalition with Plaid.

Except for occasional periods of Plaid forming a sort of official collaboration by being the opposition in name but never actually opposing anything, Wales’ default state is that the Welsh Conservatives will form the official opposition in the Senedd.

This time round, there will be a great gulf of sludgy water between the parties. While Labour flirt with secession, the Tories have lost or driven out many of their moderate Senedd members, and been subject to a reverse takeover by Death Eaters who came back from UKIP when Brexit was done. Encouraged by the ’Kippers’ example, the Abolish the Welsh Assembly [sic] Party (not really a party; more a single-issue Tory ginger group very slightly to the right of the Death Eaters) is trying –with some success– to  heave the Welsh Conservatives over towards outright hostility to devolution.

And just as Adam Price must be seething that indy-curiosity doesn’t lead to Plaid winning seats in the Senedd, Andrew RT Davies will be scratching his head about why the 550,000 Welsh voters who came out for Boris and Brexit in 2019 can’t be persuaded to do the same thing again next Thursday.

Luckily for Mark Drakeford, he isn’t his party’s greatest asset after all, even if he is proving somewhat more effective than ‘Captain Hindsight’ who leads his party in Westminster, and is considerably more respected in Wales than ‘Major Sleaze’ (as Starmer this week tried to nickname the Prime Minister).

In the same way that Russia called on General Winter to grind down invaders from Napoleon to the Nazis, Welsh Labour’s great commander-in-chief in election campaigns is General Apathy. Why change anything about the dismal way that Wales has been governed for the past two decades, when a sufficient number of mugs (about one in ten of Wales’ population) will vote Labour anyway, and almost everyone else will ignore the whole damn process, except to bitch about politicians every so often on Facebook?

The Owen Paterson affair is damaging public trust in Parliament

Let’s get physical with Welsh Labour