Home » David Cameron has only demeaned himself, not British democracy 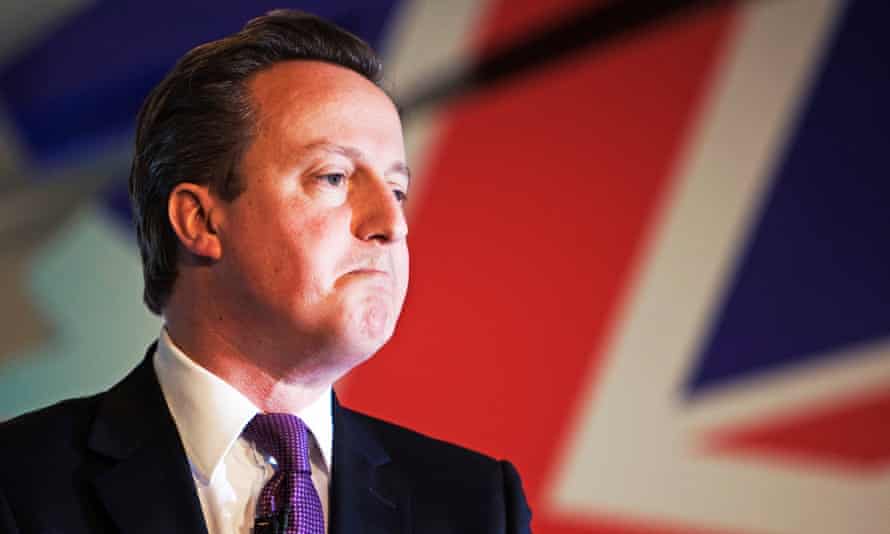 Is there any figure so pitiable and pathetic as an ex-Prime Minister with no role in life and nothing useful to do with his time?

You can’t see any of our other recent PMs getting caught up in the tawdry, infra-dig and grimly embarrassing Greensill lobbying affair, which over the last couple of weeks has separated David Cameron from the last shreds of his reputation.

Not even Tony Blair would stoop so low. Blair is wicked, everyone knows he’s wicked, and he knows they know. His face looks like the picture of Dorian Gray. He jets around the world earning more money than you or I can possibly imagine doing shady deals for Kazakh oligarchs. He has the monstrous gall to run a foundation concerning itself with peace. But even he would have more nous than to end up like Dave.

It’s the vulgarity of it that draws the eye. Dave deserves better. In more enlightened times, when someone like Cameron left Downing St, he would have been given an Earldom, taken up a joint-Mastership of the Heythrop and quietly enriched himself on the board of some good, solid, respectable British enterprise, concerned in the manufacture of arms.

The country, you might think, has come to a pretty pass when a former PM has nothing better to do than to schmooze his way around Whitehall, buttering up horribly embarrassed Ministers of the Crown on behalf of an Australian money man.

It is no consolation that Lex Greensill insinuated himself into the Cabinet Office and No. 10 through civil service friends, rather than political contacts. It doesn’t mitigate anything to observe that the revolving door between Mandarins and business isn’t a situation the Tories created, and was the same under New Labour. It doesn’t matter that this isn’t just Westminster’s problem; the cylch-cwtch relationship between lobbyists, ministers and civil servants down in Cardiff Bay is a microcosm of corruption in the real world.

It doesn’t even matter that Cameron did nothing that was against the law, or any Government code of conduct. He had left office more than two years before taking up a position with Greensill. As a Greensill employee (paid very transparently only to lobby on behalf of his own boss) he didn’t have to register as a lobbyist.

Even so, Cameron knows the whole thing stinks of fish. When he first became Prime Minister, he described lobbying as “the next big scandal waiting to happen.” As it turned out, there were plenty of big scandals between then and now, but in principle he was right. “As a former prime minister,” he grovelled in a long, self-exculpatory statement released on Sunday, “I accept that communications with government need to be done through only the most formal of channels, so there can be no room for misinterpretation.”

Too late, mate. Whether or not rules were broken, it was unseemly for someone who held the highest office in Government to try to use his influence, on the quiet, to advance the interests of his employer (and, of course, to protect his own not insubstantial shareholding in the company). Having done so, it was absolutely tragic that he didn’t even succeed.

Tragic, that is, for David Cameron and his uneasy relationship with posterity. Less tragic for public life in Britain. Despite whiffy relationships between corporate lobbyists and Westminster, despite the self-reinforcing interdependence between the Crachach of the Welsh Government and Wales’ parasitic third sector, the UK is still one of the world’s least corrupt countries. The price of this is constant vigilance, and recent events show that the situation is not satisfactory. The rules do need to change.

Boris Johnson, falling over himself with pure delight at his old rival’s misfortune, has commissioned a report into the Greensill affair. The parameters of its remit are probably designed more to maximise Dave’s discomfiture than to shed any real light on the extent to which decisions made by ministers and civil servants are procured, or at least influenced, by money.

The answer to all this is pretty simple. As Jonathan Edwards MP wrote here last week, the first question a politician should ask when offered financial incentives or hospitality is what the provider wants in return. As David Cameron himself said –at a different time and on another shore– the “far-too-cosy relationship between politics, government, business and money…has tainted our politics for too long”.

Politicians aren’t paid as well as the footballers and reality TV personalities whom society really values, but they get a reasonable salary for the job they do and shouldn’t undertake employment whose only purpose is to exert influence on someone else’s behalf.

The vast majority of MPs and members of our devolved Parliaments don’t. Whatever the clever-clever cynicism about politicians spread by worldly sophisticates on Twitter, most MPs and members of the Senedd are only in it for themselves to the same extent that firemen, bakers, nurses and actuaries are in it for themselves. Being one of the elected representatives whose job it is to hold Government to account should never leave you poor, but neither should it be a gravy train at democracy’s expense.

It is reassuring that people do consider Cameron’s behaviour scandalous, and reassuring that we still have a vigorous press to whip up a fuss about it. The Greensill scandal may have dragged David Cameron’s name through the mud, but it has not weakened British democracy.