Home » No return to Covid restrictions. Ever. 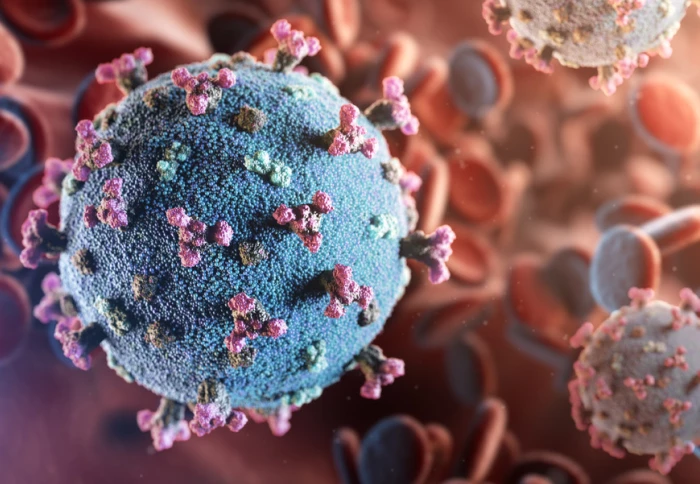 WASN’T it lovely, after two Christmases spoiled by Covid hysteria, to get back to normal? To a Christmas holiday where you started feeling a tickle in your throat the moment you finished at work; where you spent the next ten days in varying degrees of misery with a hacking cough, bringing up stuff the consistency of wallpaper paste; where you just called it a cold (or, if you’re disposed towards hyperbole, the ’flu) and got on with life, merrily infecting those around you.

Now it’s Twelfth Night, and as you dump the tree on the pavement outside your neighbour’s house and stuff decorations away in a renewed condition of perfect health, brace yourself for the bad news: you probably had the Covid.

There’s been a lot of it about, and all segments of the population apart from a few lunatics on Twitter have responded by making no fuss at all. True, we’re seeing the traditional festive stories about the NHS being overwhelmed. The NHS has been overwhelmed every winter since 1948, despite health spending going up every single year (yes, even under the wicked Tories). Last year the UK health budget was £180bn; more than the entire GDP of Greece. Were it not the envy of the world, you might almost think that being overwhelmed by predictable levels of illness every winter hints at some fundamental problem with the NHS.

Because of this annual crisis, the lunatics on Twitter have been joined by other voices in urging the Government to bring some of the Covid-19 restrictions back.

We haven’t yet heard from the chief Chicken Little of Covid, Professor Neil Ferguson, who no doubt believes that at least 68 million people in Britain will die by February unless we return immediately to total lockdown. Other usual suspects, though, have renewed their fear-bleating.

Happily, this time round, no-one’s listening.

There is a certain degree of anxiety provoked by the karmic news coming from China, where ‘Zero Covid’ –two and a half years vigorous suppression of the virus and ruthless suppression of the populace– has given way to a new policy that could be dubbed ‘Lots and lots Covid’. China’s government abandoned Zero Covid because it became apparent to everyone, given the infectivity of Omicron strains, that the Party had lost control of the virus whether or not the policy continued.

It’s unlikely that Zero Covid could have carried on much longer anyway. Ultra-strict lockdowns, quite apart from the damage they inflicted on the productivity of Chinese business, were horrendously expensive for local municipalities to enforce.

The greater danger for Premier Xi was that people in China had gotten so fed up with the restrictions that he risked losing control of more than just the virus. The People’s Republic heard the voice of the people and didn’t like it at all. Rather than lose face, the Chinese government scrapped Covid restrictions. First gradually, then all at once.

This volte-face was not without its drawbacks. Around 60% of China’s over-80s aren’t vaccinated. The locally-produced Sinovac and Sinopharm vaccines aren’t much use anyway. Their government is too chauvinistic to import the good stuff. As a result, by mid-December around quarter of a billion Chinese were coughing, sneezing and –in considerable numbers– dropping dead from Covid. That’s if we can trust the figures coming out of China, which also frustrate western experts by only recording people who actually die of Covid as Covid deaths, rather than the SAGE-approved method of adding to the tally anyone who tested positive before succumbing to terminal cancer or getting hit by a falling piano.

The good news is that, to whatever disastrous and lethal effect the Communist Party of China mismanaged its handling of the pandemic, we shouldn’t be too worried. As the European Centre for Disease Control confirmed earlier this week: ‘Given higher population immunity in the EU/EEA, a surge in cases in China is not expected to impact the COVID-19 epidemiological situation in the EU/EEA’ (and however much you may deplore Brexit, it is unlikely to make the impact in Britain any worse).

The other good news is that through the experience of spending the festive season coughing and sneezing with other mildly inconvenienced family members –and living to complain about it on social media– Christmas 2022 has done to death the idea of the Government ever again responding to Covid-19 by copying strategies pioneered by a totalitarian communist dictatorship.

The Swedish alternative –where the state made few non-pharmaceutical interventions and left people to moderate their own behaviour, with reference to their own vulnerability and/ or appetite for risk– worked just as well as any other country’s Covid measures.

What lessons have we learned from lockdowns? China’s Zero Covid folly provides solid support for two propositions: first, that lockdowns are a jolly effective way of stopping people catching Covid. Being welded inside your flat and prohibited from meeting anyone on pain of imprisonment or disappearance has an impressive impact on the transmission of respiratory disease.

Second, that the benefits of this enlightened strategy –comme les jeunes filles et les roses as General de Gaulle used to say– only last as long as they last. Anyone dying from Covid in China today has the added satisfaction of dying, having first been subjected to two and a half years of house arrest.

Here, the baleful effects of lockdown are visible everywhere. In the soaring inflation that predictably ensued after two years of grotesque, wasteful state spending. In the primary school children who can’t communicate properly after two years of not seeing their classmates or teachers’ faces. In the shuttered pubs and restaurants. In home-shirking HMRC employees –who never exactly fell over each other to answer calls before Covid– leaving the phone ringing off the hook and going to the kitchen for another biscuit rather than discuss your VAT return.

And in the experience of sitting back after a slightly cold-ridden but thoroughly enjoyable Christmas, and wondering how it was that for two years, the whole world went quite mad.