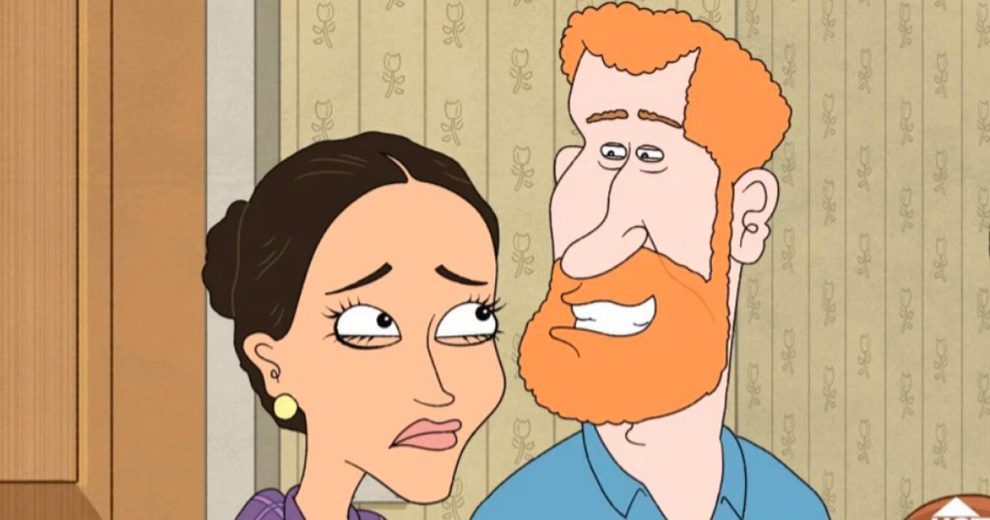 EVERY festive season has its heroes and villains. On the Santa side, we have the trade unions: bringing joy and hope to underpaid public sector workers; delivering children the gift of a simple family Christmas instead of receiving mountains of worthless twt by post; slashing harmful CO2 emissions on the railway network, and taking patients on a Yuletide visit to see their new-born saviour, rather than one more banal ride in an ambulance.

The light of Christmas is always balanced with darkness. Alongside Santa, many European traditions speak of a demonic counterpart who comes to dole out punishment instead of presents. And so it was that while all the good boys and girls in Britain completely forgot energy prices and warmed their hearts and homes by the glow of Meghan and Harry’s love for publicity and money radiating from their screens, this year’s Krampus Jeremy Clarkson sat scribbling his wicked thoughts about the Duchess.

‘I hate her. Not like I hate Nicola Sturgeon or Rose West. I hate her on a cellular level…At night, I’m unable to sleep as I lie there, grinding my teeth and dreaming of the day when she is made to parade naked through the streets of every town in Britain while the crowds chant, ‘Shame!’ and throw lumps of excrement at her.’

The reaction to the piece demonstrated the extent to which public opinion over the Sussexes has polarised. The column wasn’t just retweeted as one might expect; read aloud in public from Town Hall steps or the balcony of Buckingham Palace, or submitted for major journalism awards, but instead became the subject of controversy. In part this was because some folk –not the ones who another Jeremy said didn’t understand English irony but who nonetheless seem not to recognise a joke when they see it– took the column, or pretended to, as a literal threat to the Duchess’ personal safety.

Understanding the column this way –as a genuine threat– takes being fantastically obtuse to whole new levels: even if, like a surprising number of Clarkson’s haters, the Cersei Lannister reference went whistling over your head, it’s obvious hyperbole not a prescription.

Clarkson is a broadcasting genius who can often behave like a complete oaf. You may or may not like his joke about Meghan, but it wasn’t that much nastier than his jokes about anyone else. On 29 January, he wrote of one of Meghan’s less publicly admired in-laws ‘He’s Andrew. He has the PR skills of a wasp and the intelligence of a ­dishwasher.’

The column certainly wasn’t any nastier than what Jo Brand said about Nigel Farage (in suggesting his assailants substitute battery acid for milkshakes) or what Miriam Margolyes said about Boris Johnson, when on learning that he had the Covid, expressed the warm and charitable sentiment that she hoped he’d die.

Those, of course, were jokes about right-wing monsters who are always fair game. Attacking Montecito’s beating heart of empathy is a different matter entirely, and everyone who has aligned themselves with Team Sussex rather than Team Stiff Upper Lip went absolutely bananas. The piece elicited a record 20,000 complaints to IPSO, the press regulator. It single-handedly undid any damage Elon Musk has wrought on Twitter since being mugged into buying it: if Twitter outrage over the column could somehow be used to heat homes, Vladimir Putin would be shaking with fear as well as whatever malady it is he usually shakes with.

Most of Clarkson’s detractors thought it was a simple matter: Jezza broke what they feel is or ought to be the law and he should be thrown into jail. As apolitical, impartial BBC presenter Chris Packham put it: ‘It’s hate crime, pure & simple. If there were any sort of justice there would be laws that would jail him. And shut down the publisher. Is this the country we want to live in? Is this what we should tolerate?’

This freedom-loving sentiment met with gales of approval; it being of course much nicer to live in a country where you get imprisoned for making a joke than one in which people get away with being unkind in print to royal Duchesses.

More liberal voices conceded that such a thing as Article 10 of the European Convention on Human Rights exists, and that in some nebulous way it permits jokes being made without prior approval by a suitably constituted body of experts; but that’s not an end to it. Free speech, they insist, has ‘consequences’.

In an attempt to bring these consequences tumbling down on Clarkson’s head, some time-wasting turnip complained about the column to the Metropolitan Police, who rather uncharacteristically immediately dismissed the complaint as being completely without substance. This didn’t stop a Morning Star columnist called Dr Louise Raw; ‘activist, antifascist’ and attention-seeker, from launching a crowd funder with the goal of bringing Jeremy Clarkson to some sort of justice, either by way of private prosecution or an action in tort.

Dr Raw is asking for £18,000; saying her legal team quoted her the surprising sum (about the cost of an entire judicial review) to advise on this serious and complex matter.

Let us save her (and any dupe thinking of donating to the scam) some money: The police were right. There is no charge that could be laid against Clarkson in a private prosecution that has any prospect of success. Dr Raw has no standing to bring a civil action: if anyone suffered psychiatric injury as a result of reading the nasty column, they might have a claim, but it could be tricky to prove that anyone making a claim of that nature wasn’t already deranged before reading it.

Saying mean things about HRH the Duchess of Sussex, even in the run-up to Christmas, isn’t an offence, and it is precisely in the nature of free speech that it doesn’t have ‘consequences’. You can write what you like within the law –however catty it is– and the law will protect your right to do it.

Badger and future generations
Badger and a question of values