Home » Napoleon Bonaparte has a lot to answer for, but don’t let’s cancel him 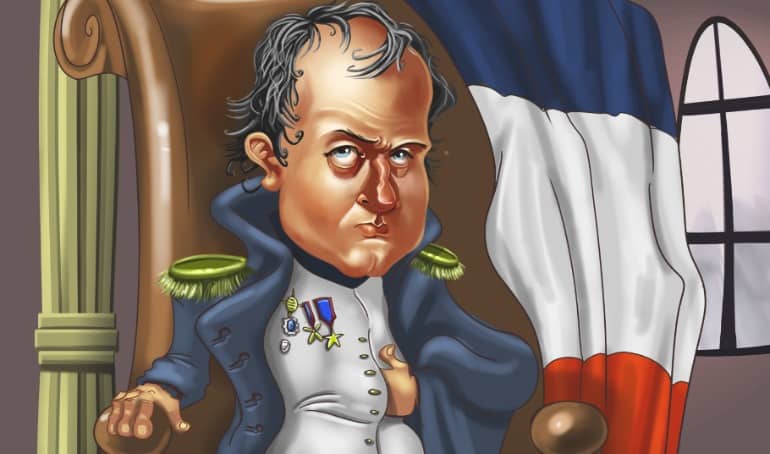 Even among the insane, there is some lingering deference towards political correctness. For two centuries, the standard caricature of a madman is someone who believes himself to be Napoleon Bonaparte. Very few –despite his unquestionably pre-eminent reputation for genocidal slaughter– go about pretending to be Adolf Hitler.

Hitler himself was a great admirer of the Ogre of Corsica. When Nazi troops arrived in Paris in June 1940, Hitler paid an unannounced visit to Les Invalides, to lay a wreath at Napoleon’s tomb. He later described the moment as one of the proudest of his life.

Wednesday 5th May saw the bicentenary of Napoleon’s death in British captivity on St Helena. To mark the occasion, President Emmanuel Macron –another French leader of diminutive physical stature and somewhat greater self-regard– laid his own wreath. It may be pure coincidence that as Macron knelt at the tyrant’s tomb, his government took up the fight against Napoleon’s old enemies in perfidious Albion, threatening to cut off electricity to Jersey in a Brexit-related fishing spat.

Napoleon is a divisive figure in France. Nationalists and those on the right admire how La Grande Armée slaughtered its merry way around Europe, the Middle East and Africa; frequently bringing some semblance of order and good government to the countries Bonaparte seized. Leftists still dislike him for snatching power in the coup of 1799, bringing an end to the blood-soaked chaos of the Revolution.

In the light of #BlackLivesMatter, there have been concerted –if opportunistic and belated– attempts by present-day Jacobins to cancel Napoleon. “The Republic,” complained Alexis Corbière, a former communist and now spokesman for the hard-left La France Insoumise party “should not pay an official homage to the person who buried the first republican experience of our history by installing an authoritarian regime.” An article in Le Monde bellowed that Bonaparte was “the enemy of the French Republic, of a number of European peoples and also the enemy of humanity in that he was an enslaver.”

It should be admitted that the cancel culture mob do, in this instance, have a point. Napoleon didn’t just make a few bucks from slavery. In 1802, he deliberately and treacherously re-introduced the institution in France’s Caribbean possessions, where eight years previously, during the Revolution, all slaves had been set free.

Resistance amongst re-enslaved populations was viciously suppressed. Napoleon sent his brother-in-law, General Charles Leclerc, to Saint-Dominique (modern-day Haiti and the Dominican Republic) to put down Toussaint L’Overture’s rebellion against French rule. To achieve this, Leclerc set about massacring every black male over the age of 12, whether involved in the uprising or not.

Punishments of extraordinary sadism were directed towards the inhabitants of Saint-Dominique and, later, Guadeloupe. Leclerc’s men sandbagged children and dropped them into the sea. Finding themselves with an embarrassment of prisoners to murder, the French resorted to the novel and resourceful –and later copied with much success– expedient of gas chambers. Sulphur being plentiful in Saint-Dominique’s volcanic landscape, victims were herded into the holds of ships and suffocated with sulphur dioxide.

Wicked though Napoleon’s Caribbean repression was, it was not the worst of his crimes. He contained the terror of the Revolution, but unleashed terror across Europe. Well over three million people perished in the twelve years of Napoleon’s wars (the figure may be double that). And this was all accomplished with cannon and swords; it is hard to imagine what Bonaparte could have achieved with Stuka bombers, Panzer tanks and V2 rockets in his arsenal.

Macron declared, wreath in hand, that he was commemorating, not celebrating, Napoleon’s legacy. As non-celebratory commemorations go, his speech was pretty upbeat: “We love Napoleon because his life gives us a taste of what is possible if we accept the invitation to take risks” (substitute ‘Hitler’ and see how that sounds); “Napoleon understood he had to keep seeking both the unity and the greatness of the country. He did this through war…he did it by making peace with the great religions, with art, he never renounced the idea of merit.”

The Elysée made it clear that Boney wasn’t going to be cancelled on this President’s watch. “Slavery,” a spokesman confirmed, “is a fault of Napoleon; the republic has corrected it and eradicated it.” This may come as a surprise to the Royal Navy, who between 1807 and 1848 played some part in persuading the republic towards this progressive and humanitarian decision, by sinking and burning French slave ships.

Napoleon Bonaparte, it is true, was as talented and flawed an administrator as he was a military commander. Napoleon’s tyranny was by no means as bad as some of the tyrannies he displaced. Feudal laws in France and other countries that fell under his rule were swept away; replaced with a rational code of law.

But, while rational, Napoleonic legal systems favour the accuser over the accused. His political administrations prioritised the wellbeing of the state over the wellbeing of the individual, and valued order over liberty. The Corsican Fiend’s legacy of conquest was an inspiration for greater fiends in Germany, Russia and China who studied, admired and copied him.

Napoleon Bonaparte, Macron concluded, “is part of us”. Macron is right to resist silly attempts by the left to damn Napoleon’s memory; Napoleon damned himself perfectly well without their help. And it overlooks Boney’s worst crime: allowing all subsequent short-ass French politicians to believe that they, too, can rule the world.