Unless the West re-arms, Ukraine is only the start 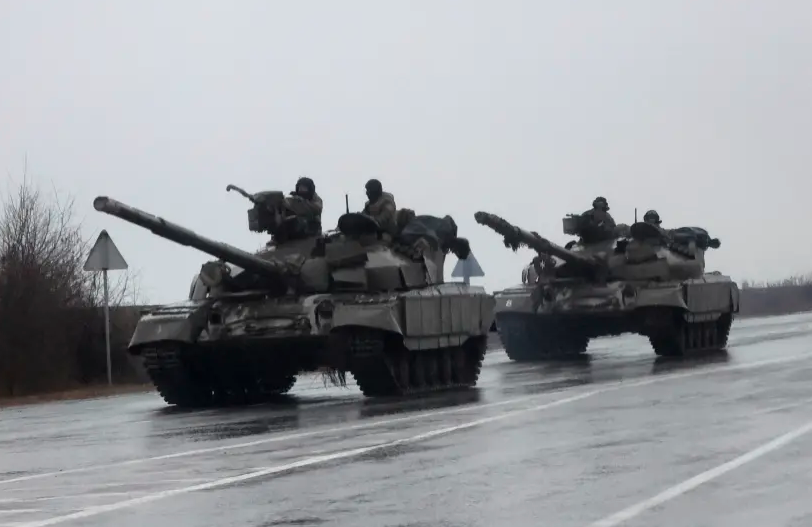 No-one, it appears, can stop Vladimir Putin. Not even Adam Price.

Last week, the Plaid Cymru leader –a once in a generation, X-factor politician who has been compared (in his own election leaflets) to the Mab Darogan– set out on a quest to forestall or deflect conflict in Ukraine.

Against Foreign Office advice, the Mab travelled on Saturday to Donetsk –a city founded by a Merthyr Tydfil ironmaster– together with Labour MS Mick Antoniw and a delegation of journalists and trade unionists. Their mission: to show solidarity with Ukraine’s workers, while possibly (like Price’s solidarity with Catalonia, the Kurds and other small or aspirant nations having a bit of an issue with neighbouring big nations), also drawing some crass moral equivalence between the situations of Ukraine and Wales.

Adam’s fellow traveller, Labour MS Mick Antoniw, must be one conflicted Corbynite; seeing his family members in Ukraine preparing to face Putin’s onslaught, while his old hero Jezza, through the disgusting ‘Peace and Justice Project’, tuts his disapproval at Ukraine’s bellicose, warmongering approach to the 190,000 Russian troops massed at its borders.

The situation developed, and Plaid’s leader and his posse were lucky to get out of Donbas on Wednesday, before Spetsnaz rolled up and riddled them all with bullets. This short holiday in Hell seems to done for the dove in Adam Price: ‘Putin,’ he tweeted on his return ‘has declared war on Ukraine’s right to exist as a nation. But this is also a declaration of war against democracy itself…When tanks rolled in 1956 and 1968 we did nothing. We cannot afford to make that same mistake again.’

Naturally, when tanks rolled in in 1956 and 1968 people of a Peace-and-Justice persuasion in Britain didn’t ‘do nothing’; they vigorously made excuses for the Soviets. And if NATO as a whole did nothing, it was because doing something was to risk plunging the world back into chaos, with the added threat of nuclear doom.

Whether or not doing nothing in response to Soviet repression in Hungary and Czechoslovakia was a mistake, Adam Price is right to see similarities. So does Putin: in a video released shortly after his armies crossed into Ukraine, he warned that Russia is still ‘one of the most powerful nuclear powers’ and that Western interference in Ukraine would lead to ‘consequences greater than any you have faced in history.’

This is the game of chicken that Putin has played with enormous success since 2014, literally gone nuclear. At every stage, the West has been the player to swerve when the headlights of Putin’s Zil come bearing down. If you think your opponent in a game of chicken is a nutter who doesn’t care if he lives or dies, you do swerve.

That said, each of Putin’s gambles so far has been rational. Crimea was conquered with hardly a shot fired; its population largely acquiescent or approving. Assassinations in Britain and elsewhere terrified and cowed his opponents, and met with no meaningful response.

Ukraine may be different. It’s hard to see how Russia can benefit from attempting to hold the whole territory of Europe’s second largest country (after Russia itself) against fierce resistance from the Ukrainian people. The cost, economically and in Russian and Ukrainian lives, would be staggering.

And is he still rational? Some observers think that Putin is following the well-trodden dictators’ path to full tonto, having apparently been tipped over the edge by obsessive self-isolation; another spectacular Coronazi own goal when ‘keep safe’ means ‘stay home and get nuked’. Or it may be that Putin just wants us to think he’s a maniac, and swerve again.

Adam Price makes an unlikely hawk, but his Rumsfeldian observations on the situation are right. Ukraine may not be a NATO member, but Britain and America are nonetheless committed by treaty to its defence.

Following the break-up of the Soviet empire, Ukraine agreed to sign the nuclear non-proliferation treaty, and to dispose of its nuclear legacy of bombs and ICBMs. Some warned that this would leave the country vulnerable to eventual Russian aggression, but the 1994 Budapest agreement secured Russia’s solemn undertaking not to attack Ukraine, and the West’s commitment to defend Ukraine’s territory if Russia did.

We’re not doing much to uphold our side of the bargain. Defending Ukraine doesn’t just mean smashing a few oligarchs’ piggy banks when Russia invades. Sanctions must follow, and to be effective they will hurt Europe as much as they hurt Russia. An indictment should be opened at The Hague, charging Vladimir Putin with the crime of waging aggressive war. But sanctions and the threat of jail are not enough. If the invasion of Ukraine isn’t met with a military response from NATO, there can be no security for NATO members among the Baltic states.

The situation in Ukraine also shows how wrong successive UK Governments were –from 1990’s Options for Change defence review onwards– to downgrade Britain’s military capacity.  We acted as though the military part of history had indeed ended, and the world had become a safe place for peaceful nations.

It isn’t just Ukraine that is under threat. In Russia and China, authoritarian regimes –supported by technology unimaginable to tyrannies of the past– vie to replace the democratic world order. As lamps of democracy flicker, the lights of perverted science have never burned brighter. To face this, we need weapons and armies more powerful even than the Mab Darogan.

Badger and the age of despair and miracles