Clocaenog Forest Man: Did you know him? 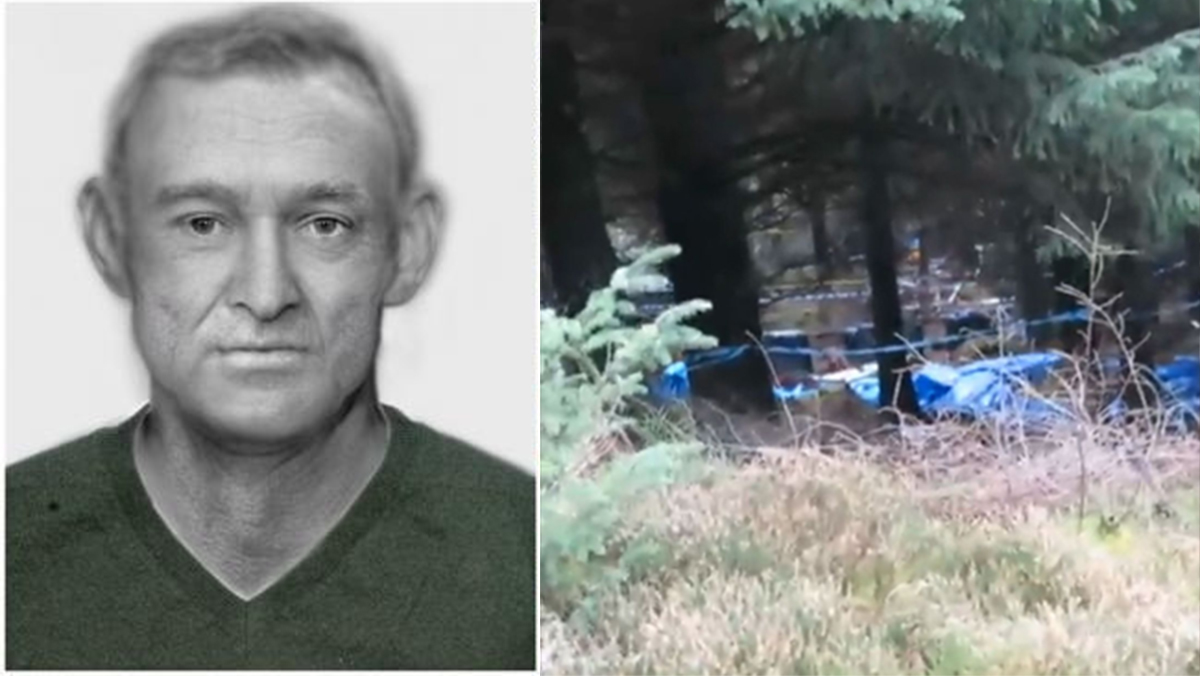 In 2015, a skull was discovered in the undergrowth of a secluded forest. It belonged to a man who was beaten, murdered and left to decay in the isolated beauty spot.

Experts have been able to produce pictures of how the man may have looked, however.

The skull that sparked the phone call to police in 2015 was made by a spectator walking through the Clocaenog Forest in North Wales as they attended the Wales Rally GB.

Police were made aware of the discovery and a pathologist was able to confirm the skull was human. Over the following 21 days the murder victim’s remains were recovered, with the vast majority of his skeleton salvaged by specialists.

While the forest is in a remote part of North Wales, with Ruthin the nearest town, two attractions make the wider area known to people far beyond the small communities in the surrounding wilderness.

Secondly, the location is close to Llyn Brenig, a popular sailing location.

So while one line of enquiry is that the killer – or at least the person who dumped the body – may have had intimate knowledge of the area, the wider appeal of the location and the fact that three years of appeals in the local area have led to little progress, means it is possible the murder has its roots beyond North Wales – perhaps in Merseyside or elsewhere in England.

Some of the injuries the man had sustained were as a result of blunt force trauma to the skull.

Forensic analysis of the victim’s remains has allowed experts to gain insight into his age and appearance.

The bones suggest the man was at least 54-years-old, but probably over 60. He was around 5″10 and is likely to have been “well-built”.

At some stage in his life he had fractured his nose, he suffered from Osteoarthritis and had fusion in his vertebra – both of which are conditions likely to have caused him pain and reduced movement.

Examinations of the teeth suggest the man was born before 1950 and had extensive dental work – carried out to a high standard – between 1980 and 2000.

With detectives unsure when he died, it is difficult to place an exact age on him, but analysis of the roots found where the body was recovered has led to the investigation focusing on the period between 2004 and 2010 as when he is likely to have been left at the scene. He may have been left there earlier, however.

The most significant breakthrough in the investigation so far has been the creation of a full DNA profile of the victim.

But with his DNA matching none on the National DNA Database, nor any on the national missing persons DNA database, the discovery has not yet paved the way for the man to be identified.

What it does mean, however, is that other potential identities can be ruled out if they are wrong. Other crucial clues are the discovery of clothing and labels close to the body.

Fabric remains nearby have been examined and found to have been from a large size green Pringle jumper, which was sold between 2000-2004.

A label for a pair of Marks and Spencer men’s briefs, in a dark red colour and for a waist size of between 36”-39”, was also discovered. The underwear was sold between 1999-2000.

Detectives cannot say for certain the clothing belonged to the victim, but it remains another line of enquiry.

Detective Superintendent Iestyn Davies said it had been “challenging.”

The body was fully decomposed and said he felt the man had been killed elsewhere and dumped in the woods sometime between 1995 and 2005.