Home > West Wales > Swansea > Clydach Murders: “A lot of people have a past, but that doesn’t make them a murderer.”
Crime

Clydach Murders: “A lot of people have a past, but that doesn’t make them a murderer.” 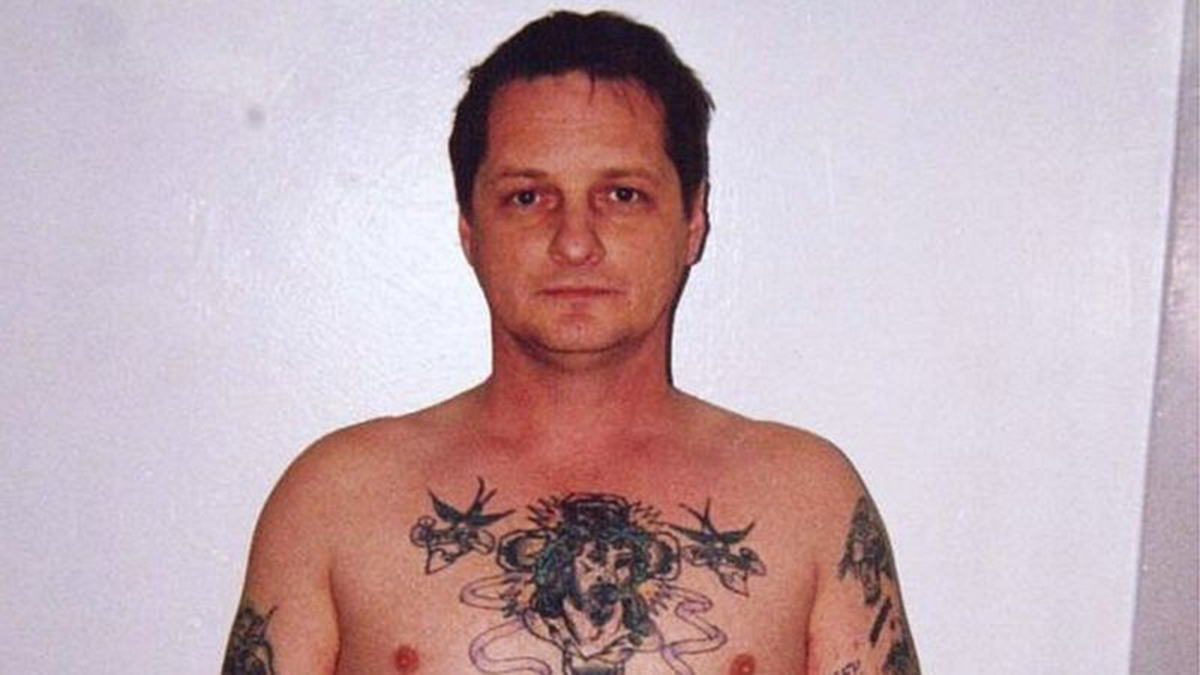 The infamous Clydach Murders are back in the headlines as David Morris, 57, died behind bars whilst serving a 32-year sentence for the murder of three generations of the same family.

Mandy Power, her daughters Katie and Emily and her mother Doris Dawson, were bludgeoned to death at their home in Clydach, near Swansea in June 1999.

David Morris was tried twice for murder after his first conviction was quashed. He was serving a 32-year sentence before his death on August 20, 2021 in HMP Long Lartin.

Before his death, and following requests from his defence team, some items of evidence were to be examined by an independent forensic team.

Morris was convicted for the second time in 2006 and was initially given a whole-life sentence, which was reduced on appeal to 32 years.

His trial heard he had a sexual relationship with Ms Power and was fuelled by drink and drugs when he went on a killing spree in June 1999. Mrs Dawson, who was 80, was killed as she lay helpless in her bed, and the killer laid in wait for the others to return home.

Ms Power and her daughters were battered repeatedly with a fibreglass pole, which the children used to play with, and Ms Power’s body was sexually assaulted.

The killer lit fires around the house in an attempt to hide the crimes. Firefighters found the bodies of Ms Power and the girls laid out on the landing when they came to tackle the blaze.

Morris has always maintained his innocence, but a bid to take his case to the Court of Appeal was rejected as recently as 2018 by the Criminal Cases Review Commission.

However, there have been serious doubts cast over his conviction by those who have studied the case. His legal representatives made a request to South Wales Police in November 2020, following the airing of a BBC Wales Investigates programme on the conviction of Mr Morris, asking for various items of evidence to be released for further investigation by their forensic scientists.

The force said it had decided a “proportionate course of action”, which was to appoint an independent senior investigating officer and an independent forensic scientist to oversee a review of the areas referred to by Morris’s legal representatives.

South Wales Police said in a statement: “The decision to carry out a forensic review does not constitute a reopening or reinvestigation of the murders, nor does it demonstrate any lack of confidence in the conviction of Morris and the subsequent case reviews.

“Morris was convicted unanimously by a jury on the strength of the prosecution case and independent reviews by the Criminal Cases Review Commission (CCRC) have not identified any new evidence.

“Due to the advancement of forensic technology we may now be in a position to answer some of the questions which have been raised about forensic issues in this case.”

The force also requested material which had previously been forensically examined by the CCRC as part of the new process.

South Wales Police said it hoped the review would help the family of the victims move on and “answer the questions posed by others once and for all”.

“Our thoughts remain with the families and those affected by this case and acknowledge the significant impact it continues to have on them,” it added at the time.

University lecturer and journalist Brian Thornton, one of the founders of the Crime and Justice Research Centre at the University of Winchester, has studied the Clydach murders for a decade.

He said the announcement was “hugely significant”.

“I really welcome the news that South Wales Police have agreed to carry out an independent review of the forensic evidence,” he told BBC Wales.

“There are so many unanswered questions in this case that need to be addressed. What is required is an open and transparent investigation to finally get to the truth of what happened.

“I believe that what has been announced today could be the start of that process.”

Morris’s eldest daughter, Janiene, and his sister, Debra, point to the fact no DNA, fingerprints or eye witnesses have ever been found which put him at the scene.

They also claim the prosecution’s case has always been based upon circumstantial evidence although juries at two trials have found him guilty.

Now working as a busy mental health nurse, mum-of-three Janiene, 39, from Swansea, was just 21 when her dad’s arrest blew her world apart.

She told The Western Mail: “I never believed for one minute that my dad was capable of such violence – it simply wasn’t the man he was.

“There was just no way that it was ever possible that he would have been able to commit those murders.”

Alongside her aunt Debra Thomas, 54, she spearheaded the ‘Free Dai Morris campaign’ for her father’s conviction to be overturned.

Debra said: “David was a good son to our parents. He absolutely adored our mother.

“When he got in trouble my mother would cry and our father would shout. But he never cheated them. He was up their house every day. Whatever needed doing in the house he would do it for them – decorating and the like.

“He was a brilliant father. He was always there for his daughters and they loved him.

“A lot of people have a past, but that doesn’t make them a murderer.”

The pair are determined, even now, to prove his innocence. But they are just as determined not to be taken for family members blinded by loyalty.

Debra, a Disabilities support worker, said: “If I could say anything to the family of Mandy Power it would be that we share their pain but want them to realise the real murderers are still walking amongst them, they are still out there.

“They have been lied to for 20 years, they think the right man is in prison, and he’s not.

“We’ve never made out that my brother is an angel. We’re not sticking by him through blind faith, I understand that some people might think of course that’s what we would do.

“But for us there’s no way David was ever capable of carrying out this crime. There is no DNA, no fingerprints and no witnesses that put him at that house.”

Janiene added: “This has always been a David and Goliath struggle for us but we are not going to go away quietly. “I would just ask that people look at the facts and decide for themselves rather than coming to snap judgements.

“They have to be careful of blatant lies too, like that my dad beat my mother, he never did, it is simply not true and yet that is simply accepted as fact.

“The thing is he loves children, even before the murders he would leave the room if a story about children being hurt came on the telly, he could not stand it and yet here he was being accused of brutally killing two little girls, it just made no sense then and still doesn’t to this day.

“Of course he was no angel when he was younger but it is quite a leap to think he could suddenly kill an entire family.”

Although Janiene and her family are also acutely aware of the impact their campaign could have on the family of Mandy Power who are still convinced Morris is the killer.

He said: “Both trials ended with the same verdict which we believe as a family was the right decision.”

But Janiene said: “If I could speak to Mandy’s family directly I would simply say how sorry I am for what they have been put through. It is horrendous what happened to their family and their lives afterwards.

“But I would appeal to them to just dig a little deeper into this case and please try and understand the arguments we are trying to make.”

According the the prosecution, Morris killed Mandy Power and three other members of her family, after going to her house drunk looking for sex.

At the start of the investigation, Morris denied having a relationship with Mandy Power and told a lie that would come back to bite him.

During a police interview, Morris was asked if a gold chain discovered at the home in Kelvin Road belonged to him, he said it didn’t. Until days before his 2002 trial.

At that time he admitted it was his gold chain and said he’d left it on the kitchen table at Mandy Power’s home the day before the murders when he’d popped around for a coffee.

There are questions regarding the events of that night that, according to the Morris family, haven’t been adequately answered over the last 20 years.

The Morris family accept that Dai had been drinking and taking amphetamine on the night in question.

According to the evidence, Doris was killed first and a lightbulb had blown the fuse, the killer then went downstairs to fix the fuse. Are these the actions of an angry, drunk man high on Speed?

Defense solicitors suggest that Morris would not have had enough time to walk to Kelvin Road from The New Inn, where he had been drinking, in the timescale offered by the prosecution.

They also claim that repairing a fuse box is not the action of an impulsive, drink and drug-fuelled man, they claim it’s more akin to a methodical, calculated person taking their time.

A neighbour also heard a vehicle pull up on the road outside on the evening of the crimes and saw someone enter the property and turn the lights on. A police appeal never revealed who this person was.

After Mandy was killed, her body was interfered with, after this she was placed in a bath and washed. At this time someone also put a watch on her wrist.

According to experts, the hand-print discovered on the carpet does not match with Dai Morris.

A white sport sock covered in blood was discovered at the scene, police believe it was used as a glove by the killer. The inside of the sock was tested for DNA, but it has been suggested that the blood stain shows that the sock was worn inside out, testing the other side of the sock could yet reveal the DNA of whoever wore the sock that day.

A partial DNA sample, from a male, was recovered from long metal pole believe to have been used as the murder weapon, experts recommend testing the inside of the pole and further testing the recovered DNA.