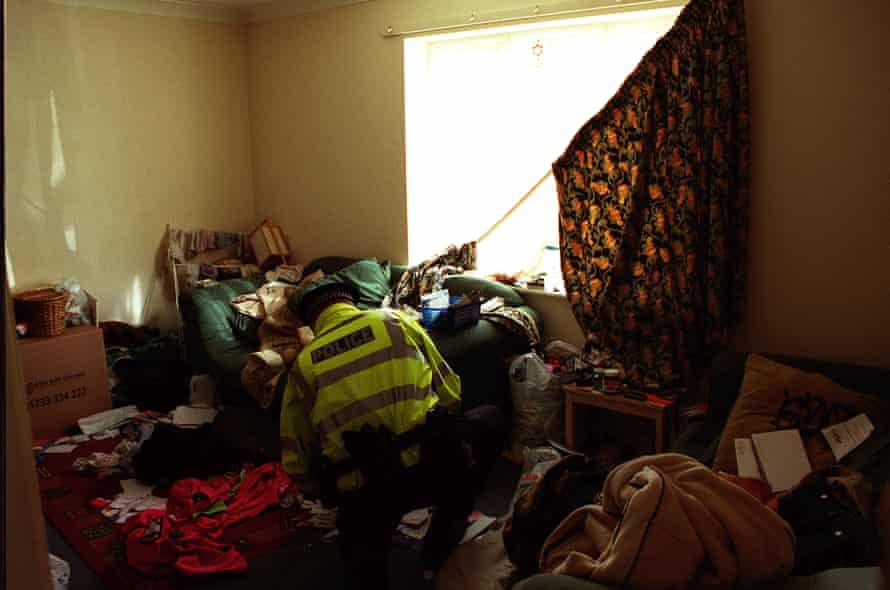 COULD you spot the signs that a gang has taken over a home on your street to sell drugs?

Dyfed-Powys Police is highlighting the signs and impact of a crime known as cuckooing as part of its INTACT campaign after dealing with 31 cases in the past five months.

Cuckooing is the exploitation of vulnerable people – most often drug users – by criminals who use their homes as a base, gaining access through intimidation of the victim or in exchange for drugs.

It is a practice closely linked with county lines operations where organised crime gangs (OCGs) travel to different parts of the country to sell drugs, often using vulnerable youngsters as mules and dealers.

Detective Chief Inspector Andy Cotterell said: “We recognise county lines as a serious threat, and we highlight successful warrants and prosecutions wherever possible to assure our communities that we are taking action to combat this activity.

“However, we don’t believe there is a great deal of awareness around the cuckooing aspect of county lines, what it involves and the impact it can have on a victim and the wider community.

“We are hoping to educate people about the signs of cuckooing and increase people’s confidence to report unusual behaviour they believe could be linked to drugs supply.”

Cuckooing involves a drugs runner being sent to a particular area by an OCG with supplies of illegal substances to last a number of days.

Officers explain that the runner is often a young person who is also taken advantage of by the gang.

Once a runner is identified, contact is made with someone in the area being targeted who will have a list of local drug users and addresses. This middle person will find a property the runner can operate out of while they are in that area.

DCI Cotterell explained: “What we find with the runners is that the OCG will target someone vulnerable, usually a youngster who is looking for something to do on the street.

“They might offer them drugs – starting with cannabis – seemingly at no cost – but will then say they owe them for it. Or they shower the youngster with praise to build their self-esteem and give them gifts so they feel a sense of loyalty and brotherhood.

“That’s when they’ll send them out to deal drugs from someone else’s property. They’ll come down for two or three days with enough drugs to last and will then leave.”

The occupant of the property will be offered discounted drugs or a few free ‘hits’ as payment for being able to stay there.

Since November 2020, there have been 31 recorded cases of cuckooing in the Dyfed-Powys Police area – although it is believed the true number is likely to be higher as there is known to be an element of under-reporting the offence among police forces across the UK.

Teams also face the difficulty of cuckooing victims not seeing themselves as having been taken advantage of as they will have gained from housing a drugs runner in some way.

DCI Cotterell said: “It’s not very well covered up when you arrive at a cuckooed property. Generally, they prey on vulnerable people with a drug addiction, and they’ll be living in poor conditions.

“You don’t have to look too far to know that the property is being used for the use and supply of drugs.

“However, the occupant will not usually see themselves as a victim of crime or will be reluctant to report it for fear of losing access to their drugs supply, facing eviction or the threat of violence from speaking out.

“This is why we want to highlight this crime, to educate communities and professionals to know how to spot the signs of cuckooing so we can intervene at the earliest opportunity.”

The signs of cuckooing:

Who are the victims?

Victims of cuckooing are often drug users but can also include…

Victims may suffer from other forms of addiction, such as alcoholism.

Why the reluctance to report?

The priority of the police is always to safeguard the victim

‘Drug dealers used me like a dog’: Two case studies of cuckooing offences in Dyfed-Powys

As part of the INTACT campaign highlighting cuckooing, Dyfed-Powys Police has shared two case studies of properties which were taken over by an OCG.

The first was brought to light in June 2020, when police were informed that the occupant of a property in the town was not at home, but there were people in their flat ‘smashing the place up’.

The caller also reported that there had been a smell of cannabis coming from the flat the previous night, which was becoming a regular occurrence.

Police attended and found two teenagers – both aged 16 at the time – inside the flat. One was  identified as a missing person from the West Midlands area, who had apparently arrived in the force area a few days earlier.

Both teens were detained under Section 46 Protection of Children Act, and were arrested for being concerned in the supply of controlled drugs, however they claimed they had been picked up and brought to the area the previous day, and that they did not know where they were.

The true occupant of the flat was located and arrested on suspicion of supplying controlled drugs, and was found to be vulnerable through a heroin addiction. He told officers he had been contacted by a man from the Wolverhampton area, telling him he must let two boys stay at his flat and that he was to detain them there. He sold heroin on their behalf, giving the money to the boys and receiving free drugs for his own use in return.

The victim started he feared there would be violent repercussions if the forced the boys out of his flat as they had a key. He described feeling used ‘like a dog’ as his home had been taken over by the boys with him forced to stay in his bedroom or away from the flat completely.

The boys were released under investigation, and enquiries are ongoing.

In the second instance, an organised crime gang made arrangements with a drug supplier to house a 17-year-old runner at the home of a lifelong drug user. The terms of the agreement were that the occupant would receive discounted drugs with the odd free hit in return for letting the runner stay.

The day after the runner arrived, police had reason to call at the home of the victim, who phoned the teen to alert him that officers were at her door. He was seen running out of the property and was later arrested for being concerned in the supply of class A drugs.

The victim, who had allowed substances to be buried in her garden, was also arrested for being concerned in the supply of class A drugs, and was released under investigation.

After she was released from custody, the victim reported that two men had driven to her home and tried to get in. She stated that when she refused entry, they made a ‘cut-throat’ gesture, making her fear for her life.

Safeguarding measures were put in place to protect her.

Detective Chief Inspector Andy Cotterell said: “In both cases, the threat of violence was apparent to officers. The man in the first case was too fearful to even return to his address while the runners were there, while the woman felt she was threatened after the event.

“We also have three youngsters involved here, who have been taken out of their local areas and put at risk through selling drugs. This emphasises the dangers involved with county lines dealing, which crosses into further offending such as exploitation and modern slavery.”