Military preparation colleges ranked as one of the best companies 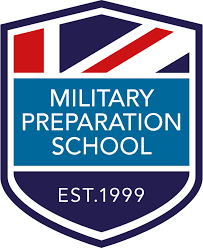 AN ORGANISATION which sets the gold standard for workplace engagement has ranked Military Preparation Colleges among the best.

Independent specialists, Best Companies, has just published its annual Best Companies List, where it turns the spotlight on those which are examples of good practice.

And MPCT – which runs 35 Military Preparation Colleges across England and Wales – has been named in a range of categories for its “incredible growth in workplace engagement and satisfaction.”

The honours came after the 177 strong workforce took place in a confidential survey carried out by Best Companies early in the year.

Around 99 per cent of staff agreed that “the leader of this organisation runs it based on sound moral principles” while an incredible 94 per cent said they loved working for MPCT.

Those comments have now resulted in MPCT receiving three star world class accreditation, named third best education and training provider in the UK, 5th in best company to work for in Wales and 13th in the best mid-sized companies to work for in the UK.

And MPCT scored its highest ever ranking of 791 out of 900, which puts it in the highest, three-star tier.

Military Preparation Colleges use military and progressive education techniques to help young people aged between 16 and 19 across the UK achieve their potential.

Along with training in physical fitness, the courses – whose instructors are all ex-British Armed Forces personnel – help learners achieve qualifications in English and Mathematics and become proficient at problem solving, public speaking, leadership and communication.

The accreditation not only exceeds MPCT’s 2020 two-star ranking of 720, but is particularly significant as the survey was undertaken while lockdown restrictions were in place.

“Like so many businesses, we not only had to adapt our working practices, but we also faced a lot of challenges caused by the effect of the pandemic on our workforce,” said Donna Briggs, Director HR at MPCT.

“It was crucial to us to take care of our employees’ emotional and physical well-being and so we started a whole raft of online initiatives, from virtual tea and toast sessions every Friday morning to weekly online yoga classes – not just for our staff but also for their families.”

MPCT also brought out a free booklet on mental wellness, set up a confidential helpline for any staff and their families who might be struggling and expanded its milestone benefits scheme.

This gives treats – such as wellness vouchers, to pay towards gym membership, for example – to staff at various periods of employment with the organisation.

“An accreditation from Best Companies is a significant achievement that shows an organisation is taking workplace engagement seriously,” said Donna, “and this survey shows that each member of our team believes in our core values as much as the directors do.

“We live and breathe them and now we know that that belief has cascaded down through all areas of the company.”

The Best Companies accreditation is the latest of a string of awards for the Cardiff-based organisation, which has helped more than 20,000 school leavers gain the practical and academic skills they need for civilian or military careers, since it was founded in 1999.

Welsh research punches about its weight