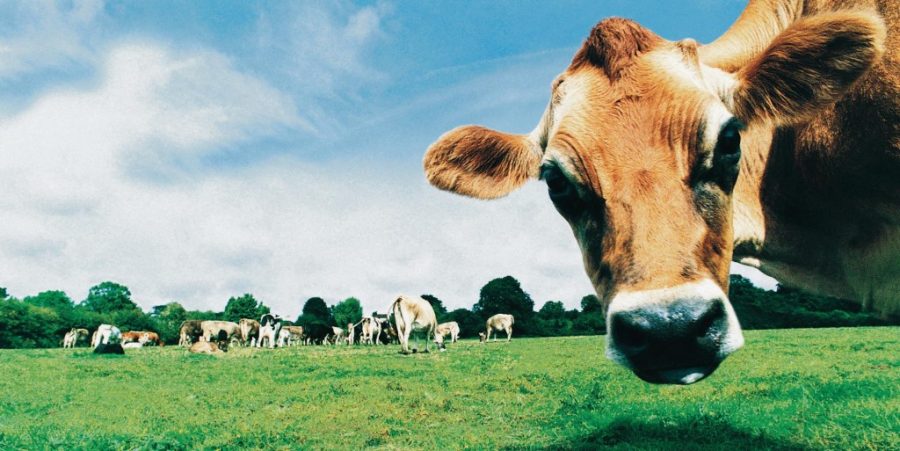 On 6 January 2021, at Aberystwyth Justice Centre the Magistrates passed sentence on Mr. Toby Holland of Maesgwyn, Blaenporth after he was found guilty in his absence of 10 charges relating to Animal Welfare and Animal By-Products offences.

Following the trial on 3 February 2020, a court warrant was issued for Mr. Toby Holland’ arrest in connection with these offences, and he was arrested by Police in December 2020.

The District Judge, in the trial held on 3 February 2020  heard that Animal Welfare Officers of the Public Protection team visited the farm on the 29 January 2019 and found a number of animal welfare issues. A sheep was found to be lying on its back unable to move and it was evident that it had been there for some time. Despite requesting that Mr. Holland seek veterinary assistance for the animal, a visit the following day had found that he failed to seek treatment for the animal and left it to die. He was found guilty for the unnecessary suffering of this sheep.

The Animal Welfare Officers found a barn containing 19 pigs. On seeing the officers the pigs were shrieking for food. The pigs were very thin and kept in an accumulation of muck with no dry lying area available. Within the pen were two dead pigs to which the live pigs had access. A post-mortem of one of the dead pigs found that the animal had likely died of starvation after finding no fat reserves remaining in the carcass.

The Veterinarian from the Animal and Plant Health Agency who attended the farm concluded that both the dead and live pigs had been suffering unnecessarily, and Mr. Holland was found guilty of these offences. He was also found guilty of failing to meet the needs of the animals, by failing to provide a dry lying area for the pigs.

The visit on 29 January 2019 also found a number of sheep carcasses strewn across the fields. It was clear that that they had been there for some time, and the live sheep had access to the same field. The District Judge found Mr. Holland guilty of failing to dispose of the carcasses in accordance with the requirements of a notice served under The Animal By-Products (Enforcement) (Wales) Regulations 2014.

A follow up visit on 30 May 2019 found the pigs were kept in a field where they had access to plastic bags, metal sheeting with sharp edges, and animal bones and skulls. These items could cause harm to pigs, and he was found guilty under the Animal Welfare Act 2006 of not providing a suitable environment for the pigs. Tthere were sheep carcasses in the fields, that Mr. Holland failed to collect and dispose in accordance with legal requirements. He was found guilty of a further offence under the Animal By-Products Regulations.

He was sentenced to 18 weeks imprisonment in total for the offences, and he was issued a disqualification order for 2 years from keeping any animals. The Local Authority were awarded £750 costs.

Following sentencing, Cllr Gareth Lloyd, Cabinet member for Public Protection Services, said: “The majority of farmers in Ceredigion have excellent farming practices, that ensures the highest standards of animal welfare. Unfortunately we must deal with a minority who for whatever reason fail to meet basic legal standards. I wish to thank the partner agencies who assisted the authority in the investigation, and the officers for their hard work in handling a difficult case.”