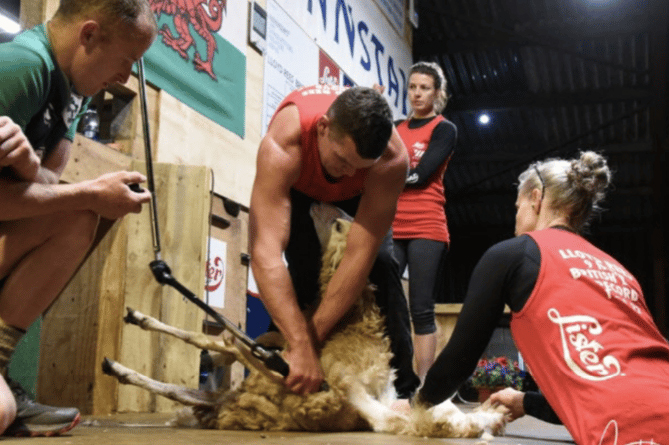 A WELSH sheep shearer has set a new British record after shearing 902 animals in nine hours.

His efforts have, so far, raised more than £1,700 for Parkinson’s UK Cymru and the Welsh Air Ambulance Service.

Based in Brecon, Lloyd started shearing at 16 and works around the UK and abroad, completing his 10th season in New Zealand in February.

Lloyd comes from a family of sheep shearers, with his grandad being a sheep-shearing instructor.

He paid tribute to supporters, saying it was “hugely appreciated”.

“Thank you to every single person who has donated and for taking their time to write a good luck message.

“The money raised from the event will go to our two chosen charities, Parkinson’s UK Cymru and The Welsh Air Ambulance Service.

“I also want to thank my sponsors. Without you, days like these just don’t happen. The costs incurred running and organising records are quite large and wouldn’t get off the ground otherwise.”

Wales’ opportunity to turn the tides to its advantage

Carbon trades are more lovely than a tree