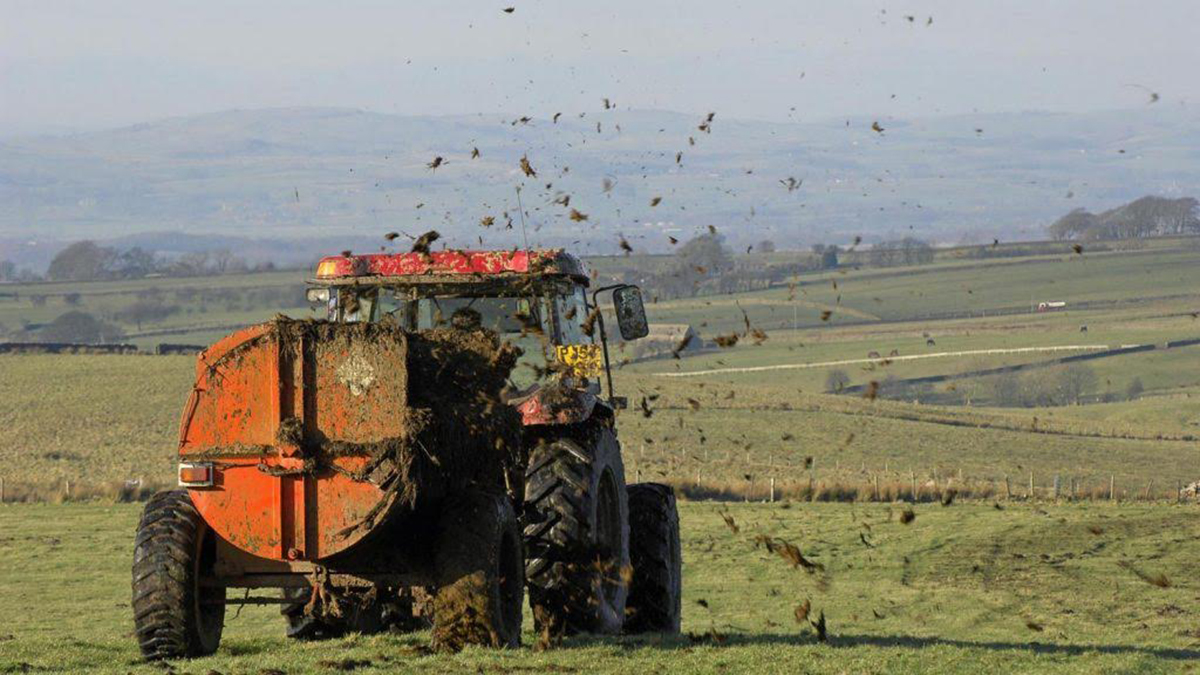 THE WELSH CONSERVATIVES working in concert with Plaid Cymru forced the Welsh Government to offer a significant concession on its controversial water pollution regulations.

The regulations intend to reduce nitrate-rich run-off from farmland into Wales’s watercourses and rivers.

In the dying days of the last Welsh Parliament, the Welsh Government forced through rules which declared the whole of Wales to be a Nitrate Vulnerable Zone.

It did so by using a procedural gimmick that prevented scrutiny of the legislation by the Senedd.

On Wednesday (June 9), Rural Affairs Minister Lesley Griffiths headed off a potentially embarrassing result on an opposition motion by agreeing that the regulations would now be examined by the Senedd’s Rural Affairs Committee.

WHAT IS THE PROBLEM?

High nitrate concentrations can cause a deterioration in water quality and disturb the ecosystems of rivers and other watercourses by reducing the water’s oxygen levels.

The pollution not only damages the diversity of plant life, but it also affects fish and shellfish stocks, as the algae consume the available oxygen suffocating other life.

In the worst-case scenario, anaerobic (oxygen-starved) conditions cause toxic bacteria to thrive and can create ‘dead zones.’

The pollution problem arises because the cost of storing slurry on farms is so high that small farms, like those making up most of Wales’s farms, cannot afford to build the tanks and infrastructure needed. As small farms in Europe were forced out of business, larger farms took their place.

The Welsh Government ignored its own regulator (NRW) to impose an all-Wales NVZ.
Faced with the ‘cut and paste’ of outdated regulations, both Natural Resources Wales and Welsh farming unions warned of the catastrophic effects of the Welsh Government’s approach.

The Labour-led Government only defeated a bid to call the regulations back for debate thanks to the votes of departing Senedd Members Dafydd Elis Thomas and Caroline Jones and the abstention of former Education Minister Kirsty Williams.

Mrs Williams’ abstention contributed to the Liberal Democrats’ loss of its only constituency in the Welsh Parliament, her former seat of Brecon and Radnor.

Jane Dodds, the sole Liberal Democrat in the new Senedd, was likely to vote with Plaid and the Conservatives on the issue.

Had the Government not offered a concession, the result of the vote would’ve likely been a tie, forcing Llywydd Elin Jones to use her casting vote to defeat a motion with which she agreed.

Although the Welsh Government persistently claimed that farm pollution had not improved over the last decade, a line trotted out in Wednesday’s debate by Mid and West MS Joyce Watson, NRW’s figures say different.

As the body responsible for monitoring and enforcement of regulations, NRW has no reason to lie about river and watercourse pollution from agriculture.

Ms Watson bandied around the claim that there had been 3,000 ‘serious incidents’ of agricultural pollution of rivers in the last twenty years.

The data show that incidents of agricultural pollution have sharply declined in each of the last four years.

Publicly available NRW data provided to The Herald makes it clear that the overwhelming majority of agricultural pollution incidents recorded are so minor they need no further action.

That point is underlined by separate NRW data showing that In the five years to 2016-2020, enforcement action took place relating to 53 incidents of agricultural river pollution.

In four of those cases, no further action was taken and only two proceeded to prosecution before a court.

The remaining 47 incidents were dealt with either by way of caution, a formal notice to improve, or advice and guidance.

As one local farmer told The Herald: “The government is using a sledgehammer to crack a nut.”NRW told us that it prefers to work with farmers to resolve minor incidents.

“That is a mile away from the ‘3,000 serious incidents’ claimed by Joyce Watson.Ms Watson’s words also ignore that far more serious pollution incidents are caused by water companies, domestic pollution, and the discharge of industrial and commercial waste into rivers and the sea.

A VICTORY FOR COMMON SENSE

“We have heard time and again why the regulations as they stand are not acceptable. They were rushed through recklessly by a Minister who promised, ten times no less, that they would not be introduced while Wales was still in a pandemic. They were also introduced against the expert recommendation of Natural Resources Wales, who said regulations should be introduced in the 8% most at-risk areas rather than on an all-Wales basis.

“Furthermore, the lack of financial support available to help farm businesses cope with the regulations would leave family farms severely affected. How on earth can the minister justify offering £11million in financial support, when the government’s own assessments suggest that the cost to farmers could be between £109million, and £360million?

“Welsh farmers are part of the solution, not part of the problem. Plaid Cymru believe it’s time for the Government to listen to them – and to the experts.”

TIME TO WORK TOGETHER WITH FARMERS

Brecon and Radnorshire MS, James Evans, who introduced the motion on Wednesday said: “When I was elected to represent the people of Brecon and Radnorshire, I promised I’d bring forward a debate on the NVZ regulations and I’m delighted the Welsh Conservatives had the opportunity to do so in the very first opposition debate of the sixth Senedd.

“These draconian regulations will have a devastating impact on farms and livelihoods across rural Wales.

“We need a more flexible, evidence-based policy that secures the support of the industry, and we hope the relevant committee now performs their vital role in ensuring the best legislation possible is put through the Welsh Parliament.

“As we move out of the pandemic, it’s important we now move forward together to ensure our beautiful country not only maintains, but improves our high food and environmental standards, working with farmers not against them.”

“Now is the time to work together to reach a consensus, and to come to a solution that will protect our environment from pollution AND ensure the viability of farmers and communities in rural Wales over the years to come.”

Shadow Minister for Rural Affairs Sam Kurtz had the job of winding up the opposition debate on the regulations.

He told the Senedd: “It is only right that we look at these NVZ regulations once again, as the detrimental effect that this policy will have on the Welsh agricultural industry will impact us all, not just Members representing rural areas.

“Today’s debate has highlighted the strength of feeling on this topic, not that the industry and those speaking against the NVZs are opposed to improving environmental standards, but quite the opposite.

“We believe that there is a better, more meaningful and constructive way forward that brings about the necessary improvements but does so in a manner that avoids penalising those who are already doing the right thing.”

Speaking to The Herald after the Welsh Government’s concession, Mr Kurtz said: “Today’s debate has allowed us as a newly elected Senedd to draw attention to this ill-thought-out and heavy-handed legislation that the last Welsh Labour Government foisted on the agricultural industry prior to the election.

“I am grateful that the Minister has acknowledged a need for further scrutiny via committee and I look forward to contributing to finding a positive solution.”

“Ensuring children are safe, nurtured and heard” – the NSPCC’s new vision for Wales

It’s never too late to open your farm gates