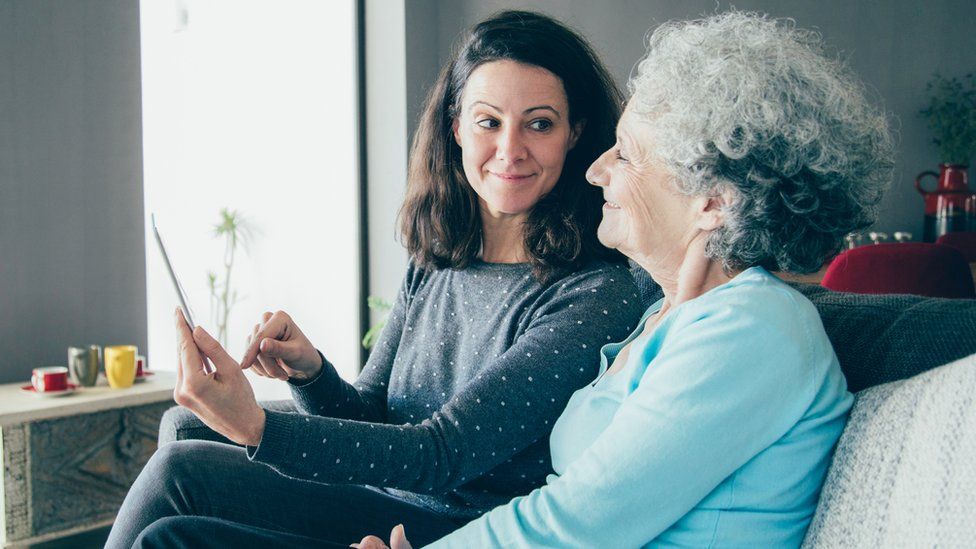 Since the coronavirus pandemic began, over six million people have accessed the charity’s services

ALZHEIMER’S Society Cymru is urging people caring for a loved one with dementia in Wales to get in touch if they have questions about the support and benefits they are entitled to on this Carers’ Rights Day on 25 November.

The charity estimates this silent army of 1.8 million unpaid carers save the UK economy £13.9 billion a year, including £740 million in Wales but says many carers are unaware of where to turn to for help.

Since the coronavirus pandemic began, over six million people have accessed the charity’s services, including Dementia Connect. This vital support has been a real lifeline for thousands during the crisis but they want to reach more people affected by dementia.

Its team of dedicated Dementia Advisers, funded in part thanks to the players of People’s Postcode Lottery, help the partners, family members and friends caring for loved ones to navigate the complicated maze of health and social care services.

Lauraine Clarke who lives in West Wales turned to Alzheimer’s Society when her mother was diagnosed with vascular dementia following a massive stroke a few years earlier.

“I contacted Alzheimer’s Society as I needed reliable information about what to expect moving forward. I found previously, when contacting other professionals, I had been passed from pillar to post with no one really answering my questions.  It was a complete nightmare and the lowest point in my life because I had also endured life changing complications during surgery and my health was poor.  If it hadn’t been for the support the Alzheimer’s Society provided, I honestly don’t know what I would have done.

My Dementia Adviser Caroline helped me in so many ways. Information about the diagnosis of vascular dementia, going into care, the importance of getting lasting power of attorney before Mum deteriorated. Information on continuing health care and paying for care. Caroline provided accurate information.

What I really liked was that if she didn’t know something, she said she didn’t know, but she would go away and find out. And say she was going to get back in touch with me. And then she would get back in touch with me. She kept her word. I could rely on her. When I was going through hell, that meant the world to me. She also gave me the confidence to deal with things and not just accept what I was told. Alzheimer’s Society were like armbands holding me through the journey.”

Alzheimer’s Society Dementia Adviser Caroline Smith was able to support Lauraine from the point of her Mother’s diagnosis till she sadly passed away in the Autumn of 2020.

“I have been a Dementia Advisor for nine years and in it’s clear to me that a dementia diagnosis has a devastating impact on all those who care for their loved ones with dementia. It’s an absolute privilege to support incredible carers like Lauraine. Alzheimer’s Society Cymru is here to support anyone affected by dementia. It is so important not to go through something like this alone, if you need help please call the Dementia Connect support line on 0333 150 3456 or for Welsh speakers, 03300 947 400.”

There are 850,000 people living with dementia in the UK, including around 50,000 in Wales. Alzheimer’s Society’s ‘Cure the Care System’ campaign calls on the Government to reform social care to make it fit for the future.

The charity argues that decades of under-funding has led to a system that is difficult to access, costly, inadequate and unfair. And it says the Government’s spending plans announced as part of last month’s budget was a missed opportunity to bring about meaningful change at a time when coronavirus has exposed the dire state of our broken social care system.

It is calling on the Welsh Government to work with other political parties, charities and, most importantly, those living with and affected by dementia to uphold their manifesto promise to reform social care in Wales. This call includes providing an increase in funding, better staff training and retention, pay scales in line with the NHS and broader, more personalised support for those living with a diagnosis and those who care for them.

Alzheimer’s Society Cymru is campaigning for people affected by dementia to be able to live the life they want, with greater control and access to high quality care that meets their individual needs. The charity believes social care should be free at the point of use, like the NHS and education, and easy to access for anyone affected by dementia. To find out more visit alzheimers.org.uk/curethecaresystem