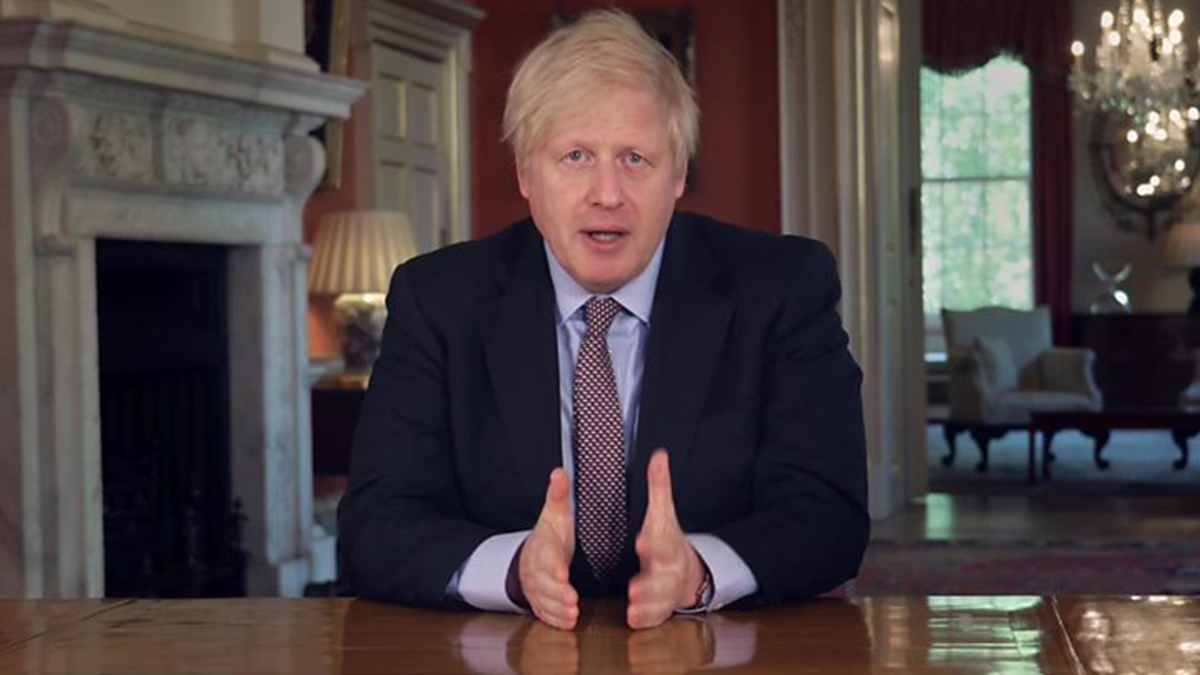 THE PRIME MINISTER says it is a “tragedy” that there is “all this pressure” on the NHS due to the Omicron variant of COVID-19 and “you’ve got people out there spouting complete nonsense about vaccinations”.

Speaking during a visit to a vaccination centre in Northampton, the prime minister said he wanted to keep a “voluntary approach” to COVID-19 jabs, noting that other European countries are “going for coercion”.

Implying that the unvaccinated were selfish and partly responsible for the crisis in hospitals, he said it was a “tragedy” that there was “all this pressure” on the NHS due to the Omicron variant, with “30-40% of those in hospital in this current wave are unvaccinated”, and “you’ve got people out there spouting complete nonsense about vaccination”.

He continued: “They are totally wrong, and I think it is time that I, the government, call them out on what they are doing.

“It is absolutely wrong, it is totally counterproductive, and the stuff they’re putting out on social media is completely mumbo jumbo.”

As he urged Britons to get the COVID jab, the PM said: “The saddest words in the English language are ‘too late’. When you’re in ICU and you haven’t been vaccinated, sadly it’s too late to get vaccinated, so get boosted now.”

Mr Johnson also acknowledged that the NHS was under “huge pressure” now, but said it is “not true” that the health service does not have enough staff to cope with the pressures it is facing.

Health leaders have warned that the NHS is facing a “staffing crisis”, with 24 trusts declaring a critical incident.

This is the highest level of alert which means the trust fears priority services cannot be safely delivered.

While he acknowledged the health service was currently under “huge pressure”, the PM denied putting the NHS on a war footing without the right staffing.

Mr Johnson said, “it’s been continuous over the last 18 months, wave after wave of COVID”, while stressing he understood how frustrating it was to see another wave.

He defended the government’s record on bolstering staff numbers saying, “there are 5,000 more doctors this year and 10,000 more nurses”, as he insisted the government was recruiting many more.

It comes as Environment Secretary George Eustice predicted the country would get past the Omicron peak of infections “relatively soon”, with NHS struggles set to be “quite short lived”.

Speaking on TV, the cabinet minister said: “This is a difficult situation.

“It will be quite short lived because obviously we will get past this peak of infections relatively soon, but in the meantime, we’ve taken that step to reduce the isolation period and we’re doing all we can to make sure we can redeploy resources (in the NHS).”

Badger and the future

Local NHS Charity to Power The Wales Half Marathon 2022