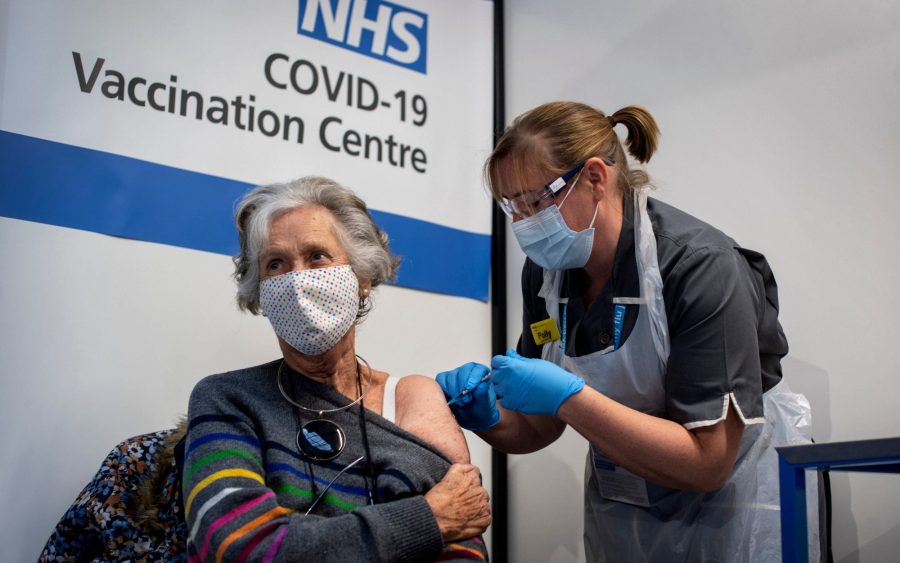 MORE than two million people in Wales have now received their first Covid vaccine, according to the Welsh Government.

The latest figures show that 2,019,160 people had received their first dose while 915,674 people have had their second jab.

The milestone comes as pubs, restaurants and cafes will be able to serve indoors, and cinemas and other businesses allowed to reopen, as Wales moves to Covid alert Level 2 as of Monday.

Health Minister Eluned Morgan said: “This is a fantastic achievement in such a short space of time. I’m incredibly proud and grateful to the thousands of people – NHS staff, military personnel and volunteers – who have worked so hard across the country to reach this milestone.

“Vaccination is making a real difference to the course of this pandemic. Every dose delivered is a small victory against this awful virus.”

Dr Gill Richardson, Wales’ deputy chief medical officer for vaccines, added: “The figures show Wales has achieved yet another major milestone through the fantastic efforts of our vaccination programme, healthcare staff and the public.

“We’re continuing to lead the UK’s efforts to vaccinate as much of the population as quickly and as safely as possible to help bring this pandemic to a close.

“I am proud of all our vaccination teams across Wales, whose hard work and dedication has meant that 95% of those in the most vulnerable groups have had at least their first dose, and we are now making great progress through the younger age groups.

“Uptake has been much higher than predicted but it’s really important that when you’re called for your appointment – whether it’s your first or second dose – that you go. Every vaccination counts.”

How Houdini got himself arrested in Newport