Home > North Wales > Abergeirw: The last village in Wales to get electricity
Gwynedd

Abergeirw: The last village in Wales to get electricity 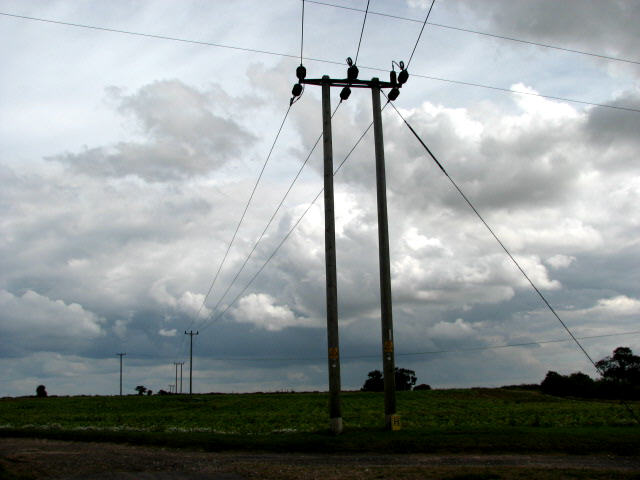 AS YOU read this, odds are you’re at home, using electricity, without any second thoughts.

The mains power to your home has never been questioned, it’s just a requirement for the modern world.

Amazingly, though, the last village in Wales to get mains-powered electricity was in 2008.

It’s staggering to believe that anywhere in the modern era could have lasted that long without an essential part of life provided as standard, but for nine properties in the remote mountain village of Abergeirw, that was the case.

Residents had used unreliable diesel generators which were noisy and could not provide constant power.

It meant many were unable to rely on fridges or freezers to store food.

Dad of four Gerallt Jones said running his family’s generator cost up to £1,500 a year.

“I never thought I would be so excited at seeing a pole being erected outside the house.

“The mains supply is for the children more than anything. They are the future of the village. The youngsters who left the area in the 1970s were not keen to return because of the lack of power. And no-one can blame them because modern homes are so dependent on mains electricity.”

The National Grid said Abergeirw in Gwynedd was the last village in its network area to be fully connected.

The last of 95 poles stretching five miles (8km) was erected in December 2008, so residents could enjoy their first mains-powered Christmas ever.

Gary Evans, of ScottishPower, said constructing the supply line had thrown up “many challenges.”

He said: “The local community and county council worked extremely hard to get the funding for this connection and I am delighted that we have been able to deliver the project in time for Christmas.

“The processes involved in designing and constructing the line threw up many challenges and we worked very closely with all the parties involved to agree the best solution.

“Although we had a lot of issues to consider and hurdles to overcome, our project team showed great dedication and commitment to finish the project in time and we are very pleased that the residents of Abergeirw are now fully connected to the National Grid.”

However, residents were used to no mains power, and for many it was just normal.

Mary Margaret Jones told the BBC at the time that the generator was all she had needed.

“People might think we used to live in the dark – but it wasn’t like that at all,” said Mrs Jones.

“The generator meant we had everything we needed – as long as it was running.

“We had our fridge and freezer, even a dishwasher.

“All we had to do was get the generator running, and make sure it had fuel.”

The mains power was connected thanks to locals who were not satisfied with a generator, though.

A Charitable Trust set up by the local community, named “Menter Egni Abergeirw”, first applied in 2006 to Gwynedd County Council and Snowdonia National Park for grants to support their application for the connection.

The next stage of the process required ScottishPower engineers to design a route for the required 11kV connection across some of the most arduous terrain in the country.

After numerous site visits and detailed negotiations with the National Park, a design for the connection was agreed by all parties in June 2008.

Timescales to complete the project were tight, so ScottishPower took the decision to quickly establish its own in-house team to construct the line, and work began straight away.

The first of 95 poles was mounted in glorious sunshine at the start of June, and the last pole was constructed in three inches of snow at the beginning of December.

With mains power, habits also needed to be adjusted, Mrs Jones said: “I find myself going round turning lights off all the time.

“Now, if you leave the light on, that’s it – it can be on all night and we wouldn’t know, because it is quiet.”

But the generator at Bryn Llin Fawr is still put to regular use, explained Mrs Jones.

“We make sure it is started and run every week, and switch over to it to make sure everything is working.

“I know we’ve got mains now – but if it was to go down, it’s good to know we can go back to the old generator for a while.”

Return of outdoor hospitality - guidance for operators and customers

Success for two Gwynedd schools in a national reading competition