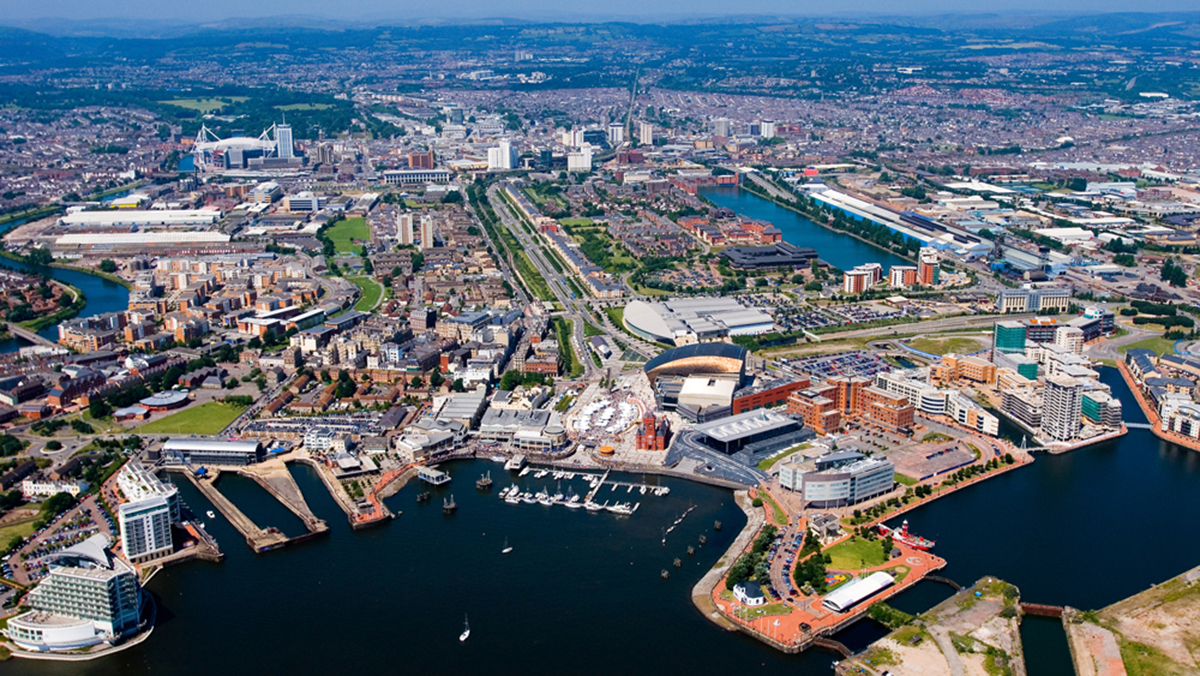 CARDIFF’S history dates back up to 6000 years, but it’s in the last 200 years that its status as the capital city of Wales was cemented.

Let’s go back to the end of the 18th century.

In 1793, John Crichton-Stuart, 2nd Marquess of Bute was born. He would spend his life building the Cardiff docks and would later be called “the creator of modern Cardiff”.

In 1815, a boat service between Cardiff and Bristol was established, running twice weekly. In 1821, the Cardiff Gas Works was established. The town grew rapidly from the 1830s onwards, when the Marquess of Bute built a dock which eventually linked to the Taff Vale Railway.

Cardiff became the main port for exports of coal from the Cynon, Rhondda, and Rhymney valleys, and grew at a rate of nearly 80% per decade between 1840 and 1870.

Much of the growth was due to migration from within and outside Wales: in 1851, a quarter of Cardiff’s population were English-born and more than 10% had been born in Ireland. By the 1881 census, Cardiff had overtaken both Merthyr and Swansea to become the largest town in Wales.

Cardiff’s new status as the premier town in South Wales was confirmed when it was chosen as the site of the University College South Wales and Monmouthshire in 1893.

Cardiff faced a challenge in the 1880s when David Davies of Llandinam and the Barry Railway Company promoted the development of rival docks at Barry. Barry docks had the advantage of being accessible in all tides, and David Davies claimed that his venture would cause “grass to grow in the streets of Cardiff”.

From 1901 coal exports from Barry surpassed those from Cardiff, but the administration of the coal trade remained centred on Cardiff, in particular its Coal Exchange, where the price of coal on the British market was determined and the first million-pound deal was struck in 1907.

The city also strengthened its industrial base with the decision of Guest, Keen and Nettlefolds, owners of the Dowlais Ironworks in Merthyr, to build a new steelworks close to the docks at East Moors in 1890. The metalworks at nearby Port Talbot also helped develop the industrial base of Glamorgan.

In subsequent years an increasing number of national institutions were located in the city, including the National Museum of Wales, Welsh national war memorial, and the University of Wales registry – although it was denied the National Library of Wales, partly because the library’s founder, Sir John Williams, considered Cardiff to have “a non-Welsh population”.

After a brief post-war boom, Cardiff docks entered a prolonged decline in the interwar period. By 1936, their trade was less than half its value in 1913, reflecting the slump in demand for Welsh coal.

Bomb damage during the Cardiff Blitz in World War II included the devastation of Llandaff Cathedral, and in the immediate postwar years the city’s link with the Bute family came to an end.

The city was proclaimed capital city of Wales on 20 December 1955, by a written reply by the Home Secretary Gwilym Lloyd George. Caernarfon had also vied for this title.

Cardiff therefore celebrated two important anniversaries in 2005. The Encyclopedia of Wales notes that the decision to recognise the city as the capital of Wales “had more to do with the fact that it contained marginal Conservative constituencies than any reasoned view of what functions a Welsh capital should have”.

Although the city hosted the Commonwealth Games in 1958, Cardiff only became a centre of national administration with the establishment of the Welsh Office in 1964, which later prompted the creation of various other public bodies such as the Arts Council of Wales and the Welsh Development Agency, most of which were headquartered in Cardiff.

The East Moors Steelworks closed in 1978 and Cardiff lost population during the 1980s, consistent with a wider pattern of counter urbanisation in Britain. However, it recovered and was one of the few cities (outside London) where population grew during the 1990s.

During this period the Cardiff Bay Development Corporation was promoting the redevelopment of south Cardiff; an evaluation of the regeneration of Cardiff Bay published in 2004 concluded that the project had “reinforced the competitive position of Cardiff” and “contributed to a massive improvement in the quality of the built environment”, although it had failed “to attract the major inward investors originally anticipated”.

In the 1999 devolution referendum, Cardiff voters rejected the establishment of the National Assembly for Wales by 55.4% to 44.2% on a 47% turnout, which Denis Balsom partly ascribed to a general preference in Cardiff and some other parts of Wales for a ‘British’ rather than exclusively ‘Welsh’ identity.

The relative lack of support for the Assembly locally, and difficulties between the Welsh Office and Cardiff Council in acquiring the original preferred venue, Cardiff City Hall, encouraged other local authorities to bid to house the Assembly.

However, the Assembly eventually located at Crickhowell House in Cardiff Bay in 1999; in 2005, a new debating chamber on an adjacent site, designed by Richard Rogers, was opened.

The city was county town of Glamorgan until the council reorganisation in 1974 paired Cardiff and the now Vale of Glamorgan together as the new county of South Glamorgan.

Further local government restructuring in 1996 resulted in Cardiff city’s district council becoming a unitary authority, the City and County of Cardiff, with the addition of Creigiau and Pentyrch. On 1 March 2004, Cardiff was granted Fairtrade City status.

Modern day Cardiff continues to grow in both popularity as a place to work and live, as well as being the home of Welsh politics with the Senedd.

Charles meets young people who set up businesses during the pandemic