RADAR: A world-changing invention from Swansea 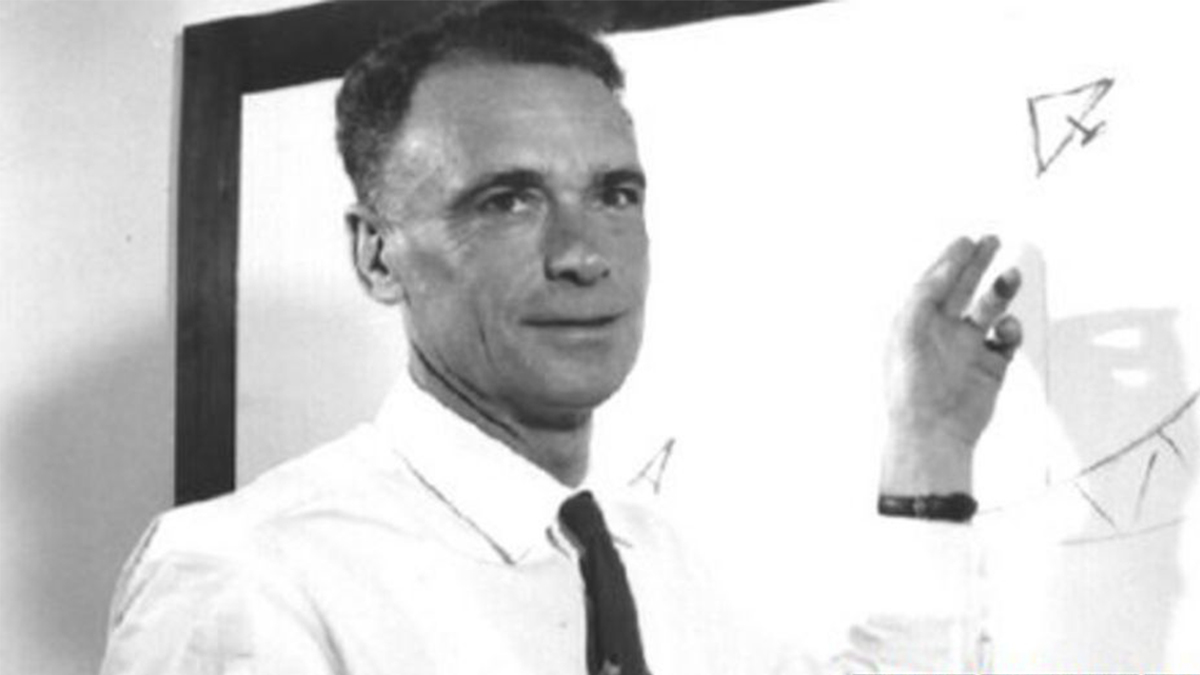 FROM warfare to safety systems, radar is one of the greatest human inventions of the 20th century.

It’s almost impossible to overstate the significance of radar and how it still impacts our modern lives – and will continue to do so.

What you might not know is that the invention originated in Swansea, and more specifically with the help of Edward “Taffy” Bowen, a Welsh physicist.

He made a major contribution to the development of radar, and so helped win both the Battle of Britain and the Battle of the Atlantic. He was also an early radio astronomer, playing a key role in the establishment of radioastronomy in Australia and the United States.

Edward entered Swansea University in 1927 to study Physics and Mathematics, he also studied a bit of German in his second term.

After the completion of his undergraduate degree Edward went on to complete an MSc. He also started his PhD in Swansea before completing it at Kings College London.

As part of his research, Bowen spent a large part of 1933 and 1934 working with a cathode-ray direction finder at the Radio Research Station at Slough, and it was there that he was noticed by Robert Watson-Watt and so came to play a part in the early history of radar.

In 1935 he was recruited by Watson-Watt to work in the Radar Development Team as a Junior Scientific Officer. After a successful demonstration in February 1935 of the reflection of radio waves by an aircraft, the development of radar went ahead, and a team of five people including Bowen was set up at Orfordness under the cover of doing ionospheric research.

Bowen’s job was to assemble a transmitter, managing quickly to raise the pulse-power to over 100 kilowatts.

The first detection of an aircraft was made on 17 June 1935 at a range of 17 miles. By early 1936 after many improvements, aircraft were being detected at ranges of up to 100 miles.

Edward, at his own request, was then moved on to investigating whether radar could be installed in an aircraft.

Installing radar in an aircraft was difficult because of the size and weight of the equipment and the aerial. Furthermore, the equipment had to operate in a vibrating and cold environment.

Over the next few years Bowen and his group solved most of these problems. For example, he solved the problem of the power supply in aircraft by using an engine-driven alternator, and he encouraged Imperial Chemical Industries (ICI) to produce the first radio-frequency cables with solid polythene insulation.

Further refinements continued until September 1937, when Bowen gave a dramatic and uninvited demonstration of the application of radar by searching for the British Fleet in the North Sea in poor visibility, detecting three capital ships.

Bowen’s airborne radar group now had two major projects, one for the detection of ships and the other for interception of aircraft.

Bowen also experimented briefly with the use of airborne radar to detect features on the ground, such as towns and coastlines, to aid navigation.

On the outbreak of the Second World War, Bowen’s unit was moved to St Athan. One of the first things that Bowen did there was to try to detect a submarine by radar.

By then, the cavity magnetron had been improved by John Randall and Harry Boot, making airborne radar a powerful tool.

By December 1940, operational aircraft were able to detect submarines at up to 15 miles range. This technology had a major effect on winning the Battle of the Atlantic and eventually enabled forces to be built up by sea for the invasion of Europe.

Bowen went to the United States with the Tizard Mission in 1940 and helped to initiate tremendous advances in microwave radar as a weapon.

Bowen visited US laboratories and told them about airborne radar and arranged demonstrations. He was able to take an early example of the cavity magnetron. With remarkable speed the US military set up a special laboratory, the MIT Radiation Laboratory for the development of centimetre-wave radar, and Bowen collaborated closely with them on their programme, writing the first draft specification for their first system.

The first American experimental airborne 10 cm radar was tested, with Bowen on board, in March 1941, only seven months after the Tizard Mission had arrived.

The Tizard Mission was highly successful almost entirely because of the information provided by Bowen. It helped to establish the alliance between the United States and Britain over a year before the Americans entered the war.

The success of collaboration in radar helped to set up channels of communication that would help in other transfers of technology to the United States such as jet engines and nuclear physics.

In the closing months of 1943, Bowen seemed to be at “loose ends” because his work in the US was virtually finished and the invasion of Europe by the Allies was imminent.

Bowen was invited to come to Australia to join the CSIRO Radiophysics Laboratory, and in May 1946, he was appointed Chief of the Division of Radiophysics.

Bowen addressed many audiences on the development of radar, its military uses and its potential peacetime applications to civil aviation, marine navigation and surveying.

In addition to developments in radar, Bowen also undertook two other research activities: the pulse method of acceleration of elementary particles; and air navigation resulted in the Distance Measuring Equipment (DME) that was ultimately adopted by many civil aircraft.

He also encouraged the new science of radioastronomy and brought about the construction of the 210 ft radio telescope at Parkes, New South Wales.

Bowen in return helped to establish American radio astronomy by seconding Australians to the California Institute of Technology.

Bowen played a key role in the design of the radio telescope at Parkes. At its inauguration in October 1961, he remarked, “…the search for truth is one of the noblest aims of mankind and there is nothing which adds to the glory of the human race or lends it such dignity as the urge to bring the vast complexity of the Universe within the range of human understanding.”

The Parkes Telescope proved timely for the US space program and tracked many space probes, including the Apollo missions.

Later, Bowen played an important role in guiding the optical Anglo-Australian Telescope project during its design phase. This was opened in 1974.

Eating and drinking indoors is back as Welsh restrictions ease

Margam: The history of the gorgeous gothic castle

Pints and pistols: the last duel in Wales