It’s not every day that thousands of bottles of whiskey washes up on the Pembrokeshire shores, but on one night in 1894, that’s exactly what happened.

This is the story of The Loch Shiel.

It was a cold winter’s night and a heavy sea was running. It was pitch black, apart from a faint light at the western edge of Thorn Island, and all across south Pembrokeshire most honest folks were happily tucked up in bed.

But not all of them. Just offshore from the village of Angle a strange and bizarre drama was unfolding.

The fort on Thorn Island at the mouth of Milford Haven had been built to protect nearby Pembroke Dockyard.

But on the night of January 30 1894, this tiny island was the scene of a maritime disaster when the schooner Loch Shiel, bound for Adelaide with a cargo of 100% proof whisky and gunpowder, was wrecked.

Unable to make headway against the wind and tide, the Loch Shiel found herself being pushed towards land. She struck the rocks below Thorn Island just before midnight and it soon became clear that the pumps could not keep out the water.

A mattress soaked in paraffin was lit on deck as a distress signal and the Angle lifeboat was launched.

She quickly arrived on the scene and passengers and crew were taken off in an effective, almost exemplary rescue.

The real story of the Loch Shiel, however, was only just beginning. As the ship began to break up under the brutal battering of the waves, her cargo started to float inland.

Never being averse to a little judicious looting, the Angle people arrived at the beach to see what they could find and soon realised what was contained in the wooden cases that were being washed steadily towards them.

Long before the Customs Officers arrived on the scene, dozens of cases and bottles of whisky were “spirited” away. With the powers of officialdom now beginning to scour the village for the contraband, many of the bottles were stacked into alcoves in the cottage walls and simply boarded up, ready for drinking once the heat had died down.

It didn’t always happen – some lay hidden for so long they were forgotten and only came to light fifty years later when houses were being renovated!

There was a tragic side to the story, however. Three men died, two of them drowned while trying to recover whisky from the sea, the other from alcohol poisoning after drinking the 100% proof whisky.

It could so easily have been many more – several locals were apprehended by customs as they carried home what they believed to be whisky but were, in fact, cases of gunpowder.

The authorities swiftly launched a formal investigation into the sinking and an inquiry took place at Glasgow Court House on the 26th and 27th of February 1894.

The Captain of the Loch Shiel was found to have been solely responsible for the ship running aground, but was given a minor sentence due to his good record as a seaman up until that point.

The judgement read: “The Court, having carefully inquired into the circumstances attending the above-mentioned shipping casualty, finds, for the reasons stated in the annex hereto, that the casualty was caused by the neglect of the master to verify his position from time to time by cross bearings or otherwise, consequently, believing himself to be round Thorn Rock, he ported his helm too soon.

“The Court found the master only in default, but in respect of his high character during a long period of service, suspended his certificate for three months only. His certificate of competency as master, No. 33,321, was stated to have gone down with the ship.

A few months after the sinking of the Loch Shiel, a journalist for the Evening News writes the following in an article entitled, ‘Spirits and beer in all directions in Pembrokeshire’: “The country round here, to use a very expressive phrase employed by a gentleman with whom I had a conversation to-day, is inundated with whisky.

“There were nearly 7,000 cases, as already stated on board the Loch Shiel, but only 2,000 has so far come to the hands of the authorities.

“The remaining cases and casks have gone in all directions, from Dale to Milford Haven, from Angle to Castle Martin.”

In 2012, nearly 120 years after the Loch Shiel sank, a group of Scottish whisky experts decided to celebrate the story of the vessel and its lost cargo by distilling a new Scotch.

They begin production of the The Loch Shiel Maritime Blend, the first whisky to be born under the Loch Shiel brand label and to feature the iconic helm on its bottle.

The name symbolises the beaches and caves around Milford Haven, where according to the story locals discovered, and hid, bottles and cases of whisky washed up from the wrecked ship.

History does not record the party that the villagers of Angle enjoyed in the wake of their Whisky Galore but scuba divers still sometimes pull up bottles from the site of the wreck. And some say that it’s even still drinkable! 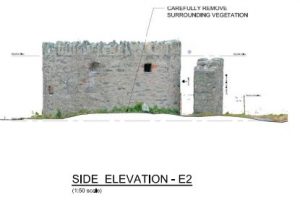 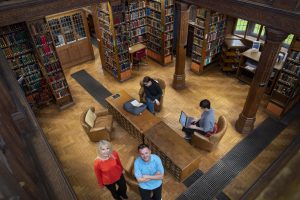