Home > Lifestyle > Out and about: Wales’ top five pubs with a beer garden
Lifestyle

Out and about: Wales’ top five pubs with a beer garden 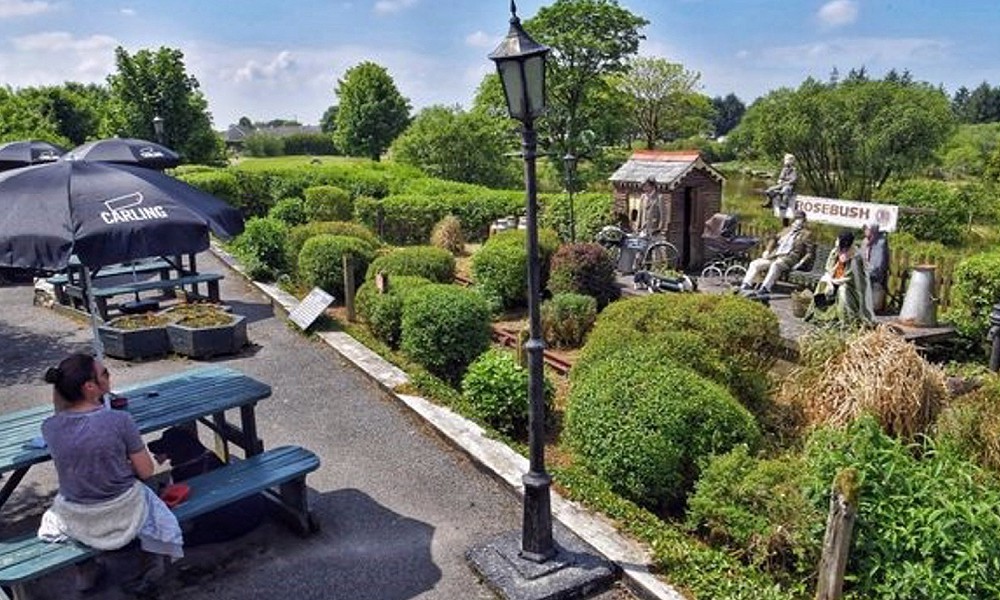 The sun is (mostly) shining, restrictions are lifting, and it’s time for a few pints in the sun with your friends and family.

With travel across Wales now unrestricted, where is the best beer garden is the question on many minds at the moment.

Here are five of our favourites.

The Jolly Sailor in Burton, Pembrokeshire, occupies a sensational position on the Cleddau river, across the water from Pembroke Dock.

The river displays a varied scene of activities, which include the arrival and departure of the Irish ferry ships to and from Roslaire, local pleasure boating and yachting, including some races, and some industrial shipping can be seen in the distance. Neyland marina is situated about a half mile away by water.

All of this can be viewed from the Jolly Sailor’s extensive lawns, and these are all laid out to provide you with a maximum relaxed atmosphere.

The pub’s grounds also include a large children’s play area with lots of different play equipment, and also has a large parking facility. There is also a small aviary with a few different varieties of birds on show. At the bottom of the garden you will find the pontoon jutting out into the Cleddau River.

Here you can moore up your boat and rest for refreshments and a meal. Accompanying a large varied menu, there is a daily specials board with fish, meat and vegetarian options. Most of the food is home cooked, and the ingredients all sourced from local suppliers, and because of this the pub has been issued with the credited “Pembrokeshire Produce” mark.

There has been a public house there for over 150 years, and it was from this point that the people from Llangwm would come to Burton to travel by a rowing boat ferry across to Pembroke Dock and work in the dock yard. They would leave their supply donkeys outside the Jolly whilst at work.

The Worm’s Head Hotel is a family run Hotel with stunning views of Rhossili Bay and the Worm’s Head. The perfect place to get away from it all with its magnificent setting that is wild yet peaceful.

The Worms Head is situated in a designated area of outstanding natural beauty in the village of Rhossili. The hotel has a superb outlook over the majestic sweep of Rhossili Bay and the famous Worm’s Head, which is managed by the National Trust.

The Worm’s Head Hotel is an ideal base for touring the Gower Peninsula and West Wales or as a relaxing stop-over for the Swansea, Pembroke or Fishguard ferries to Ireland.

Rhossili itself is a well known centre for photography with the stunning backdrop of Wormshead, Rhossili Bay and the Downs as well as outdoor pursuits such as surfing, wind-surfing, fishing, hang-gliding, paragliding, rock climbing and walking, and there is a famous bird sanctuary on Worm’s Head.

The hotel is close to the historic and archaeological Paviland Caves, Culver hole and Mewslade Bay. Those who wish only to relax and unwind are guaranteed a quiet spot on the three mile expanse of Rhossili Beach below the hotel, or may wish to take a stroll on the surrounding cliffs to take in the stunning landscape.

The St Julian Inn is a very large and friendly pub which sits alongside the river Usk on the main road from Newport through Caerleon.

The pub boasts a balcony and lots of outdoor tables spread around the gardens and lawns from which you can admire the views over the river as you relax and enjoy your drink.

Over the years, the pub has built a good reputation for hospitality which enhances their fine food and drink. With a large crowd of regulars, the St Julian is regularly used for a variety of informal celebrations.

Their excellent selection of beers, wines and spirits satisfies most tastes and they are very well known for their real ales, having received a number of CAMRA awards over the years and been listed in the National Good Beer Guide for the last 20 years.

Located at Oxwich Bay, one of the Gower Peninsula’s finest beaches, the view from the Oxwich Bay Hotel’s beer garden is breathtaking.

A former rectory, the hotel usually welcomes guests 365 days of the year, serving food and drink all day every day in the bar and restaurant, as well as hosting weddings, functions and seasonal events.

In 2017, the unique and innovative Secret Garden was built – it houses 6 pods, each sleeping two people, and featuring their own ensuite bathroom, fold-down bed and enclosed patio.

Today, the hotel welcomes visitors from weekend stopovers, and from people calling in for a bite to eat when visiting the area, to regulars who have been returning for over 20 years.

The hotel restaurant is known for its fresh and innovative menu, with high-quality ingredients and a Welsh twist on both British classics and mouth-watering dishes from further afield.

As of 2019, the hotel celebrates its 60th year of business, and has won a number of prestigious awards, including Best Hotel Restaurant at the Food Awards Wales.

Tafarn Sinc in Rosebush, Pembrokeshire, has a stunning view of the Preseli Mountains from its beer garden, and just getting to the pub is an adventure in itself.

The winding roads and lanes to Rosebush take you on a number of breath-taking scenic routes.

Tafarn Sinc has featured prominently in the social life of the area since its inception in 1876 as the Precelly Hotel.

There have been several notable landlords. Peg Lewis reigned supreme for 52 years until 1991. Then followed by Brian Llewelyn and his family, when the present name was adopted, for a quarter of a century. Hafwen and Brian ‘Bici’ Davies were the mine hosts.

The pub itself is now a registered charity and community benefit society, as locals came to the rescue to keep it open when its closure was planned in 2017.

The unanimous decision at a full hall in Maenclochog was to raise the necessary money as a community to buy the pub. This was done within four months. A manager and a chef were appointed along with serving staff.