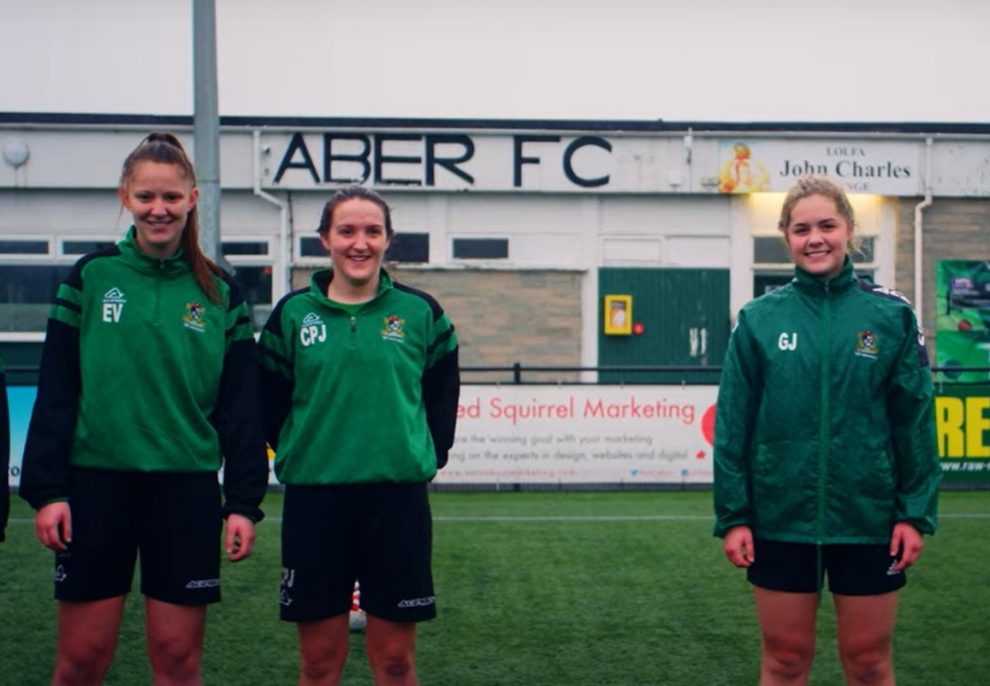 YOU’ll be able to catch Aberystwyth Town Women on a big screen near you very soon as they star in a new music video ahead of the FIFA World Cup.

And it’s intended to act as an inspirational message from WNO and grassroots football to Robert Page’s men ahead of their campaign in Qatar.

Club volunteer and first-team player Lucie Gwilt said: “It was an honour to be invited to join the project and mark Wales’s historic World Cup campaign.”

Wales U19 international goalkeeper Valentine added: “It was fun to be film stars for the afternoon and we hope it brings Wales massive luck in the weeks to come.”

You can watch the full video on YouTube – https://www.youtube.com/watch?v=KwkMg8SqfrE&ab_channel=WelshNationalOpera