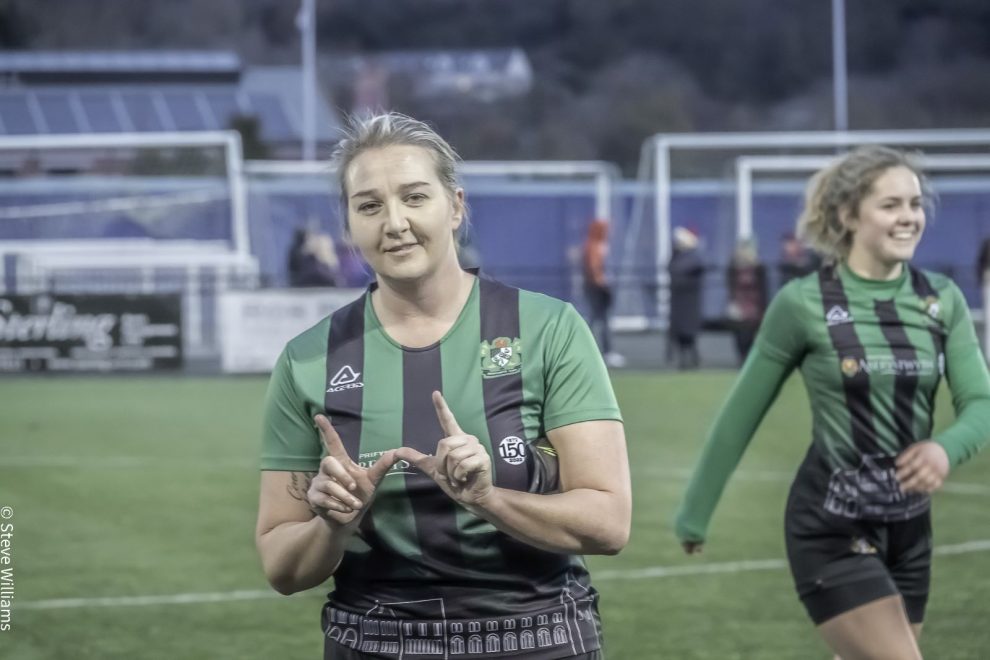 IT was an incredible comeback for Aberystwyth Town Women as they marked their final home match of the year with a spectacular 3-3 draw against TNS Women in the Genero Adran Premier.

The Seasiders had been 0-3 down after 62 minutes, with goals from Caitlin Chapman (a brace, although the first took a big deflection) and Lucie Platt doing the damage.

Gwenllian Jones was instrumental in the Aber comeback, sending a corner on to the head of Elin Jones for the first goal, then bundling it home herself for the second.

Substitute Tania Wylde came close to levelling up, hitting the bar from range.

And she finally got the goal she deserved in the closing seconds of added time, triggering huge celebrations from the noisy home supporters.

The result was perhaps in keeping with the festive atmosphere off the pitch, with girls from Aberystwyth Rainbows and Brownies serving as the day’s mascots, and  match sponsors Teify Forge bringing a large contingent of fans.

“I don’t think I’ll be able to get out of bed tomorrow morning! Everybody worked so hard to get that result – we needed it,” said Gwenllian Jones afterwards.

“Playing in the top league of women’s football in Wales is great for me personally, but it’s also great to play alongside these girls.”