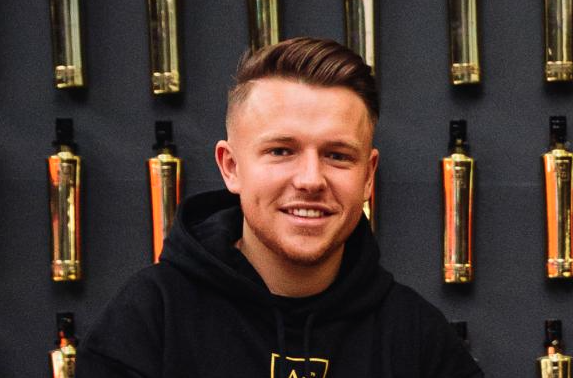 THE SWANSEA CITY ball boy who got into a memorable fight with former Chelsea player Eden Hazard has now accumulated a massive personal wealth of £40 million. The thriving vodka company Charlie Morgan, 26, created seven years ago was listed on The Times’ Young Rich List.

Ten years ago last week, Swansea and Chelsea met in the second leg of their Carabao Cup semifinal. That’s when the weird occurrence happened. The Welsh team surprised everyone by winning the first game 2-0 at Stamford Bridge and frustrating the Blues in the second match.

A angry Hazard looked to kick out at Morgan, a former ball boy at the Liberty Stadium, when it became evident that Chelsea were going to lose a domestic cup final that finally saw Swansea defeat League Two Bradford City.

After receiving a straight red card, the Belgian apologised for the incident, saying: “I was merely attempting to kick the ball when the youngster positioned his entire body on it. I believe that I, and not the youngster, booted the ball. I am sorry.”

Morgan, who was 17 at the time, decided not to press charges, shook hands with Chelsea players, and the Swansea supporters praised him for doing everything in his power to extend the game.

Last week reached the 10-year mark for Morgan, who has had a remarkable decade. He now has celebrity customers like Floyd Mayweather Jr., Ronaldinho, and Paddy “The Baddy” Pimblett and is sitting on a £40 million fortune.

“We just felt we could do it a little bit better. For us, we wanted to do a gold bottle which we felt was completely different, and a couple of years later we did vibrant liquid colours of the vodka itself. The growth has been just phenomenal. There are so many people in the world who are involved in it now which is exciting. We thought we could do well but it’s probably gone bigger than we thought we could do already.

“We got a contact for Floyd – through a mutual friend of Frost the music producer – and we were told that Floyd absolutely loves the brand and loved the black grape flavour. We were asked whether he could have few bottles before he goes home. We said yeah, OK sure, and Floyd said he would post a photo on Instagram as long as we included him when we do something big in America.”