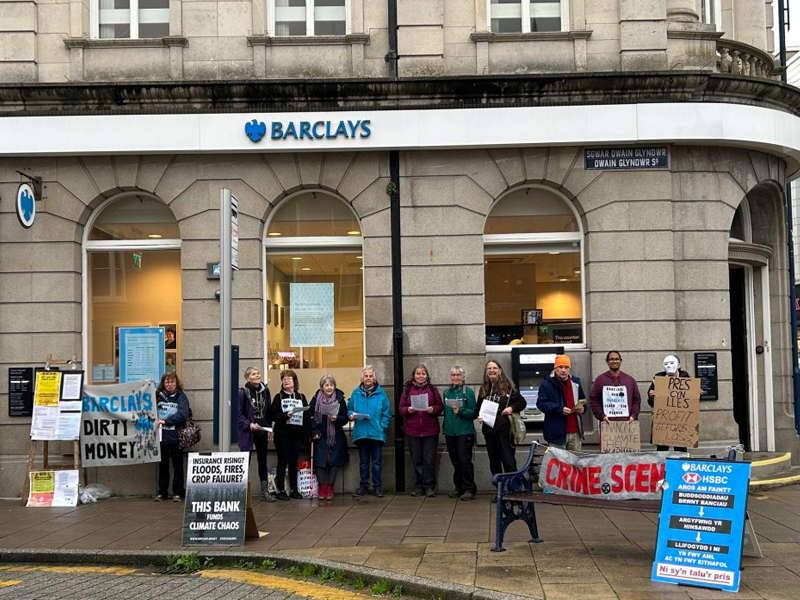 In one branch, they glued the doors to the branch. It is part of a protest across the UK against the bank’s investment in fossil fuels.

The Herald has had reporters in Cardiff, Swansea, and Aberystwyth

“This is part of a nationwide campaign against Barclays taking place today across the southeast,” they explained