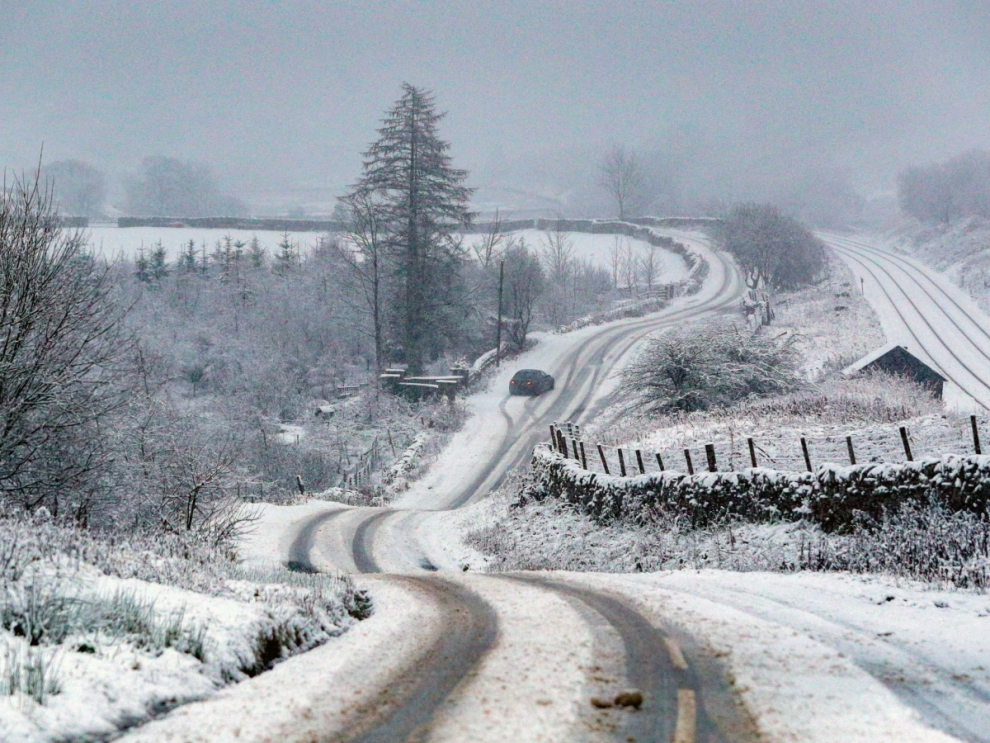 Following the closure of schools and roads yesterday due to an earlier warning, the Met Office has now issued another yellow weather alert for ice and snow that will cover Wales. It indicates that Wales is now under a snow warning that will last until Thursday at noon.

The notice states: “Showers will affect the warning area, these falling as a mix of rain and hail near coasts, and sleet and snow inland at times, mainly overnight. This will lead to some temporary snow accumulations at low levels, whilst higher ground of Northern Ireland and Wales in particular, could see a further 2-5 cm of snow. For most parts of the warning area, however, ice will be the main hazard.”

Wales had a temperature decrease of -7.7°C on Tuesday, and the Met Office has forecast another windy, chilly day with sunny intervals and wintry showers. The current forecast map for 9am today shows light to heavy snowfall affecting portions of Gwynedd, Ceredigion, Carmarthenshire, and Swansea

On Wednesday, several schools across Wales have already announced they would either be closed for the day or have delayed start time while the premises is safe.

Areas covered by the warning:

“Another cold, frosty and in places icy start alongside further sunny spells and wintry showers, falling as snow at times, particularly over high ground. Showers most widespread in the west. Windier than recent days, especially around coasts and in showers. Maximum temperature 6 °C.

“Wintry showers and strong winds continuing through the first half of the evening. Winds ease overnight, although further showers, especially in the north and west. Cold, with a frost returning. Minimum temperature -3 °C.”

Outlook for Friday to Sunday:

“Dry and sunny on Friday after a frosty start. Turning cloudier from the west during the weekend with some patchy rain, and temperatures recovering slowly thanks to a southerly wind.”