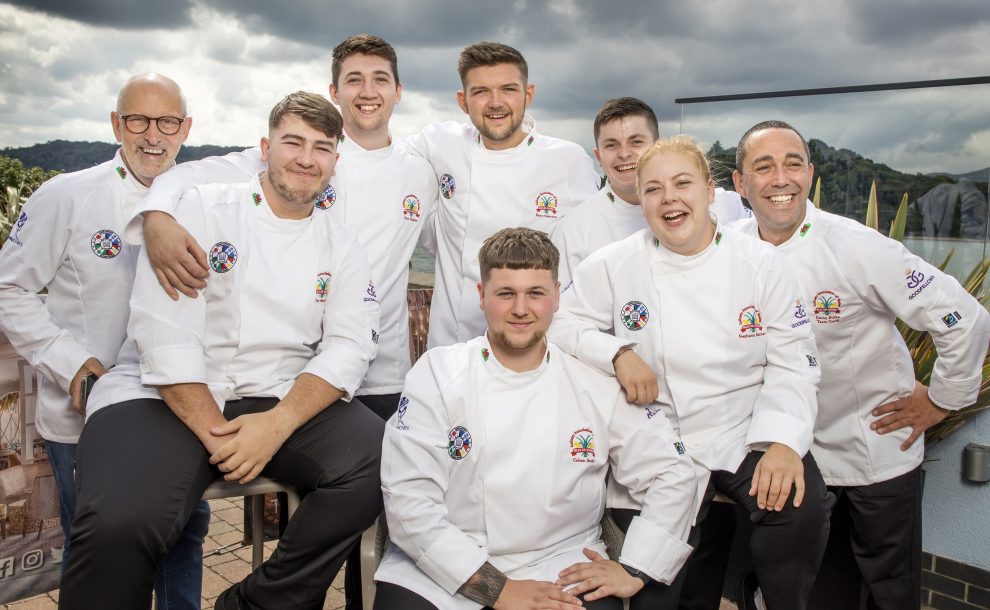 THE JUNIOR CULINARY TEAM Wales is celebrating a silver medal at the Culinary World Cup success in Luxembourg.

The talented young chefs added the silver medal in the Restaurant of Nations hot kitchen to a bronze medal awarded in the Table of Fire element of the competition on Sunday.

The team, comprising young chefs from across Wales and the border, competed against 15 other teams from around the world at the high profile culinary event.

The ‘Table of Fire’ saw them prepare four different kinds of cold and hot finger food, a cold, festive fish or seafood platter and hot main courses and dessert for 12 people.

They completed their competition in the Restaurant of Nations where they prepared and cooked a three-course menu for 70 people.

Coach Danny Burke said: “We are all delighted with the silver medal in the hot kitchen. When you consider the inexperience in the team – some chefs were competing at this level for the first time – and the fact that they were competing against the best in the world, I think they have exceeded expectations.

“The team has been rewarded for their hard work over the past 11 months. Both Mike and I could not have asked for any more from them in terms of commitment and they have conducted themselves in a very professional manner this week.

“The progression and improvement, since the Culinary Olympics, in the way they worked was noted by the judges. The team was a little deflated with the bronze medal but we were up against the best in the world and the feedback from the judges pinpointed the finer details and technical skills that they need to work on.”

Captain Calum Smith praised the hard work by everybody involved with the team. “Overall, we are delighted to win silver and bronze medals, which is a massive achievement for our inexperienced team and for Wales,” he said.

“It was my second competition as captain and the knowledge I have gained has put the fire in my belly to get what we all want – a gold medal at the Culinary Olympics in 2024.”