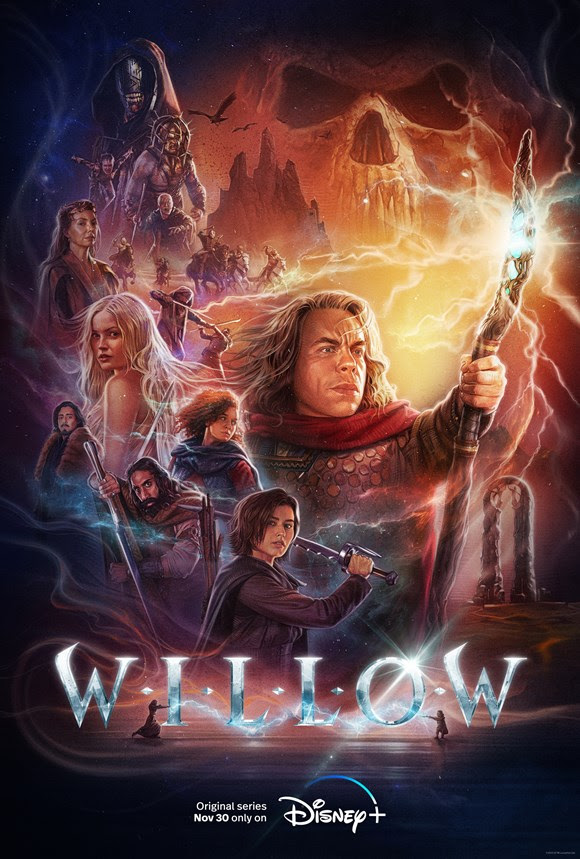 LUCAS FILM’s much anticipated sequel to Willow prepares to hit screens on November 30, making it one in a string of productions to be filmed in Wales with support from Creative Wales.

With blockbuster productions from the world’s biggest studios making Wales their home, Creative Wales has reported that spending from brands such as Lucasfilm, Netflix and Bad Wolf has attracted over 22 projects generating over £155.6m into the local economy since Creative Wales’ was established in 2020.

Originally filmed in Wales over 30 years ago, the new series is set to shine a light on some of the country’s most magical hidden spots – including picturesque Welsh villages, mediaeval ruins and one of the world’s longest stretches of beach.

Lynwen Brennan, the Executive Vice President of Lucasfilm, recently said of filming Willow in Wales: “The industry is really booming right now, and Wales has this amazing combination of assets. We’ve got these great stage facilities, beautiful landscapes, and this great talent in Wales, which of course – me being Welsh – I was thrilled to see.”

Wales is being tipped to compete on the world stage by international production and film houses due to its vast choice of filming locations, a combined 822,705 sq feet of shooting space split across the country’s seven studios, and a skilled workforce.

Skills and training is a key priority for Creative Wales and investments in training and upskilling programmes have been implemented throughout the sector. On the production of Willow, Creative Wales enabled 25 trainees to take paid placements in crucial roles on set, providing additional funding to improve set accessibility and mental wellbeing support.

“With Creative Wales we [Lucasfilm] have the same goals. We want to grow the industry here; we want to grow our skillset. There are many, many options in the film industry whatever your skillset is. Whatever you’re interested in there’s probably a place for you in the film industry. Keep knocking on that door, because it is available to you and it’s available to you right here in Wales.”

With shooting for big-budget films like Havoc which recently wrapped and Wales made series like Willow, His Dark Materials 3 and the fourth season of Sex Education poised to hit screens, the local creative economy is growing proportionally year-on-year. In the last two years alone, Wales Screen, Creative Wales’ location service, has received over 900 production enquiries from film and TV crews wanting to take advantage of the country’s world-class facilities.

In 2021 alone, the Welsh screen sector saw a turnover of £575 million, a 36% increase from the year before. The 2021 British Film Institute’s Screen Report showed that investment in filmmaking from organisations like Creative Wales has resulted in a nine-fold increase in the country’s economic output.

“This eagerly awaited series offers another excellent opportunity to showcase Wales on a global level. I’m delighted we’ve been able to support LucasFilm to bring the production back to Wales. We can’t wait for the world to see Wales on screen – and this has been such a fantastic opportunity for the trainees who have gained invaluable experience on a large-scale production.”

NFU Mutual calls for fire prevention action as farm fires in Wales total £6.2m
No end in sight for roadbuilding freeze in Wales