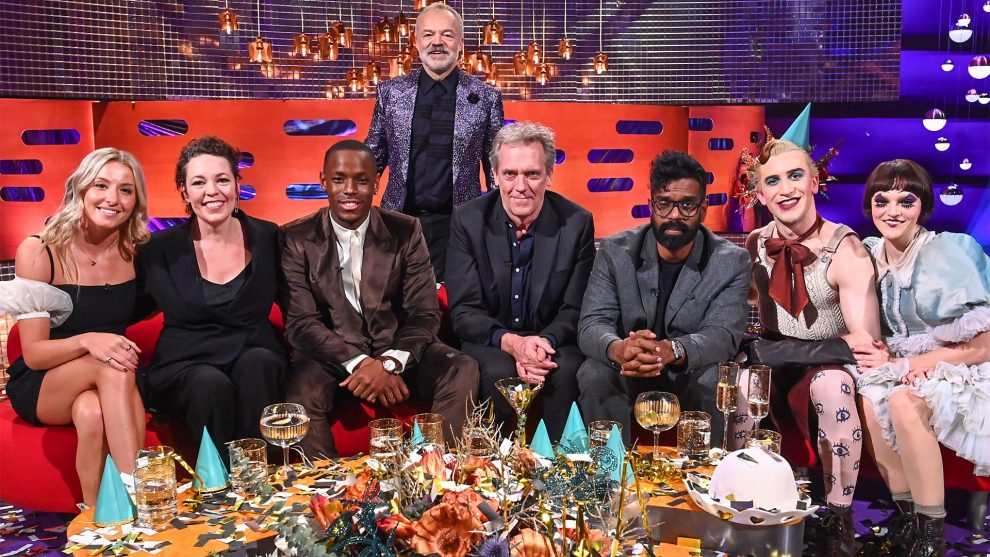 MANY OF US in Wales are familiar with Callum Scott Howells, but some viewers might be unsure of where they first heard him when they watched him perform on Graham Norton’s New Year’s Eve special on BBC One.

Joining the host on the sofa for the show were Hugh Laurie, Olivia Colman, and Leah Williamson, alongside Callum Scott Howells and Madeline Brewer, who chatted and performed Willkomen and Don’t Tell Mama from the hit West End revival, for a night of fabulous performances from artists and production companies.

So what else can we expect from Callum Scott?

Howells was raised close by in Tonyrefail and Porth. He was born in Pontypridd. Bryn Howells, his grandfather, was a devoted performer with the Treorchy Male Choir.

He was a founding member of the boys’ choir Only Boys Aloud, which he later joined to perform for Prince Harry and Meghan in 2018. They also appeared with them on Britain’s Got Talent’s sixth season in 2012.

Callum was the head boy at Treorchy Comprehensive School. He attended classes at Barry’s Superstars in the Making and Rhondda Stage School, and he was a participant in the National Youth Music Theatre.

When he was 16 years old, an agent noticed him, and he continued his training at the Royal Welsh College of Music & Drama, where he graduated in 2020.

Callum may have landed positions in some incredible projects, but he is also a great football fan and is a Cardiff City season ticket holder and enjoys football during down time.

The Welsh actor first gained notoriety in early 2021 when he played Colin in Russell T. Davies’ It’s a Sin, the critically acclaimed, tragic drama chronicling the onset of AIDS and HIV in the 1980s.

Right now he has landed a huge role, this time on the West End stage, Callum is currently playing The Emcee in Cabaret at The Playhouse Theatre, and will do so until January 28.

He said when receiving the iconic role: “I can’t wait to work with the incredible team and company, and follow on from two actors who I highly respect and admire. I feel very lucky and excited to be taking on such an iconic role within this widely celebrated and unique production. It’s going to be a ride.”

Callum’s home town has shown much support since he made his Television debut on The Graham Norton Show on BBC 1 on New Year’s Eve 2022 giving viewers a force of Entertainment to remember.